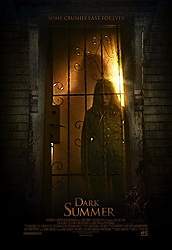 Adam Riske: Dark Summer (2015, dir. Paul Solet) I was sick this past weekend so it consisted of me primarily holed up at my place watching horror movie after horror movie. One I went in with low expectations for was Dark Summer, but I wanted to see it because I enjoyed Paul Solet's segment in the upcoming Tales of Halloween so much. While flawed, I found Dark Summer to be consistently surprising and spooky. It's a movie that feels almost like an American remake of a J-Horror movie that never existed but luckily it doesn't commit most of that kind of movie's sins. I wish the lead performances were a little more charismatic in Dark Summer, but as a quick watch (it's 81 minutes) on Netflix, I would recommend it. 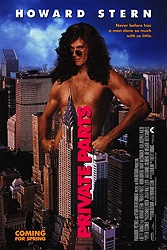 Adam Thas: Private Parts (1997, dir. Betty Thomas) You know this movie is so good that someone should do a podcast on it! Seriously. I mean it is one of those movies that I’d love to talk about for a little over an hour with Patrick and maybe someone like Mike. I bet that we’d have a lot of really interesting and insightful things to say that would make you look at the movie in a new way, or just make you appreciate it more than you already do. Even if you’ve already seen it, it’s probably a good idea to watch it again here on Netflix and then go to fthismovie.net and just search “Private Parts” in the search bar to see if anything comes up. If I were to do a podcast on Private Parts I’d probably also talk about some other movies that are on Netflix, like Girl Most Likely. I’m not going to give away what I’d say about it, I guess we’d have to wait for the podcast to happen. Maybe instead of watching Private Parts first, you should check now to see if there is anything on the site about it… but that’s just me. One thing I do know, if Patrick, Mike and myself ever talked about Private Parts, it would be one of the greatest events in cinema history. If only it could happen. 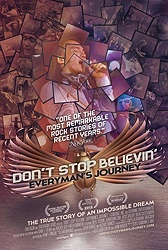 Heath Holland: Don't Stop Believin': Everyman's Journey (2012, dir. Ramona S. Diaz) I've never been the world's biggest fan of the band Journey, but I find myself appreciating them more and more the older I get. The band had seen massive success in the '80s, floundered in the '90s, and was looking for a new singer in the aughts. Don't Stop Believin' documents a band looking for a singer and a guy in the Philippines--a third world country--looking for a band. Arnel Pineda went from posting videos of himself singing Journey songs on Youtube to fronting the band in front of 25 thousand people. The film also documents the challenges of fitting a singer from Manila who speaks English as a second language into one of America's biggest touring bands. I've tried not to use the "I" word during this description, but it really is an inspirational story. Things like this just don't seem to happen in the real world, but every now and then they actually do. 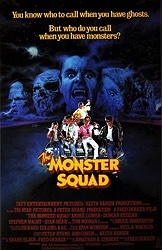 JB: The Monster Squad (1987, dir. Fred Dekker) I once got to see this at an honest-to-goodness drive-in theater where director Dekker was making a personal appearance. He signed my poster, “Wolfman’s got Nards!” If you would like to recreate that wonderful night, here’s what to do: get in your car and drive for an hour, drive home, release fifty thousand mosquitoes into your viewing room, drink some warm, flat Coke, eat ten packages of Twizzlers, watch the movie through smudgy sunglasses, listen to the soundtrack through a 1960’s era portable radio with the treble set to “high,” and then fall asleep. Last year, this terrific film was the subject of one of our award-winning podcasts. You can find it here. Cozy up to this reliable chestnut like a warm sweater this weekend, babies, and marvel that there are ONLY TWELVE DAYS LEFT UNTIL SCARY MOVIE MONTH! 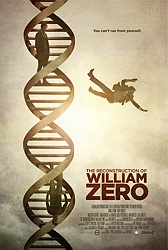 Patrick: The Reconstruction of William Zero (2015, dir. Dan Bush) This low-budget indie sci-fi drama (from one of the directors of The Signal) was released earlier this year without making much noise. It's good. I won't say much about the plot except that it involves cloning. Look past the pretentious-sounding title and some of the familiarity of the story and you'll find a well-acted and surprisingly emotional movie that's sad and moving. Not a great movie, but a good one that's worth the time it takes to watch.
Posted by Patrick Bromley at 12:00 PM