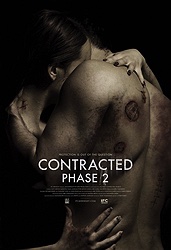 They should have worn a condom.

This review contains spoilers for the original Contracted.

Regular visitors to this site know that I'm a big fan of Eric England's 2013 horror film Contracted, which follows the deterioration of a young woman (Najarra Townsend) as she slowly rots away after a random sexual encounter. It's a cool little movie with a lot on its mind, part Cronenbergian body horror, part pitch black comedy, part metaphor not only for sexually transmitted diseases but also for a young woman in crisis who cannot get the help she needs because those around her refuse to see the problem for what it is. While it eventually reveals itself to be an origin story for a zombie movie, that ends up just being a neat little twist in what has already proven itself a really small, interesting horror movie with a bunch of ideas in it about the current generation of people in their early 20s.

The original film was a big enough hit that IFC Midnight wanted a sequel, only England hasn't returned to write or direct. It's a touchy situation, about which England has been pretty vocal. I have consciously tried to ignore the behind-the-scenes politics and take the sequel on its own terms. Maybe that's not possible for me. I'm a fan of Eric England, and if that means I haven't given Contracted II a fair shake, it's not for lack of trying. At the very least, I'm trying to be upfront about any possible biases even if I really tried not to let them dictate my reactions. 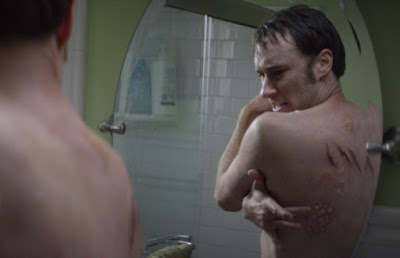 All of this would be much easier if I liked Contracted II, but I do not. Stepping in for England is celebrated music video maker and first-time feature director Josh Forbes working from a screenplay originally written by Craig Walendziak (though his script reportedly changed a great deal in the course of putting the film together to the point that none of the things that really bother me about it can be attributed to him). The sequel picks up immediately where the first film leaves off: Samantha (Townsend) has become a zombie, attacking and killing her mother in the street. She is immediately gunned down by the police, leading to an elaborate autopsy sequence in which her rotted organs are removed. That's a wrap on Najarra Townsend. Sorry, everyone.

From there we follow Riley (returning cast member Matt Mercer), who had brief, icky sex with Sam near the end of the first movie and is now noticing...changes in his body. As he begins to undergo the same transformation that once affected Samantha, the "condition" (whatever you want to call it) rapidly spreads to everyone around him. At the same time, the cops hunt for the man who started it all (once a cameo by Simon Barrett, not played by Morgan Peter Brown) as he continues to carry out a plan to wipe out humanity with the weaponized virus for which Sam was Patient Zero.

Contracted: Phase II is a very different movie from the original Contracted. It's got a much faster pace, it's a lot gorier, a lot sillier and a lot more deliberately outrageous. This is all by design; director Josh Forbes set out to make something with a totally different energy. In this, he is successful. I just don't think it works. 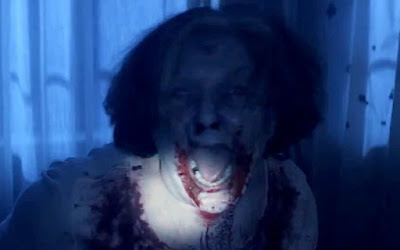 To the movie's credit, Forbes has made a slick, well-photographed film that looks more expensive than its low budget would suggest (though the budget was higher than the original film). My issues aren't so much with the technical construction and more with the story that has ended up on screen despite not being what was originally written. The finished film goes out of its way to explain things best left unexplained and gives motivations to characters when the randomness of their actions was what once proved effective. When Simon Barrett had sex with a corpse (!) and then Samantha in the original film, the events that transpired were a kind of tragic accident resulting from poor decision making. In Contracted II, we discover that it's all part of a terrorist plan to wage a biological warfare and wipe out the population. That's not just an uninteresting story for the sequel; it also retroactively destroys the themes of the first film. It fills in blanks that were more compelling as blanks. It's midichlorians.

And don't get me started on the post-credits tag (there are two of them), which brings back another character from the first movie to terrible effect. Also, Contracted II was one of three indie horror films I saw in the same weekend with a post-credits tag. Fuck you, Marvel.

A lot of the most effective stuff in the movie just repeats beats from the original Contracted. When Riley stops to pee at one point, we can just count down the moments until it turns to blood. And it's gross. And it was already done. His gradual decay follows the very same trajectory as Sam's from the first movie; the major difference this time around is that Riley has an awareness of what is happening, which gives him an agency that Samantha did not possess. That makes Contracted II faster paced and more "exciting" -- Riley must race around town to try and stop bad things from happening -- but not nearly as compelling.

Another subplot involves a cop (Marianna Palka) who begins by investigating the murders that took place in Contracted but eventually spends entire sequences searching dark basements illuminated only by the beam of her flashlight and finding prostitutes that have been strung up, tortured and subject to horrible experiments. It's a visual right tout of a Saw sequel and it feels completely out of place here. Eventually there are bombs and shootouts and it's all staged well enough -- again, Forbes knows how to put a movie together -- but it seems like it's from another film altogether. Contracted II is a schizophrenic movie, and not in a good way. 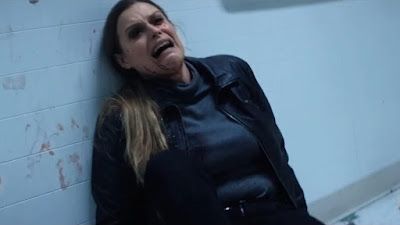 Maybe the problem is that Contracted didn't need a sequel. While it was open ended in a sense, it was essentially a self-contained story: girl gets disease, girl's body breaks down, girl dies and becomes a zombie. It was a unique take on a subgenre of horror that's become all too familiar these days. A sequel would just follow the zombie outbreak, and that's a movie we've seen dozens of times. Forbes relishes in the squishy details more than some other filmmakers might -- there's a clear sense of glee in the gore -- but it's just a lot of virus being spread. That toothbrush touched the other one! There's blood in the dip and someone ate it! Yes, we've all seen Dead Alive, thank you.

This isn't the first horror sequel to take the series in a totally different direction tonally. Think of Evil Dead 2 or Hellraiser II or The Texas Chainsaw Massacre Part 2. While Contracted II isn't as good as any of those movies -- not by a long shot -- it shares the same kind of willingness to go bigger and, as in several of those cases, more comedic than its predecessor. The difference is that those movies succeed on their terms and this one does not, even if its made in the same spirit as some of those right-angle sequels. Everyone involved does their best, particularly Matt Mercer, who makes for a sympathetic lead. It is a movie that is not without its strengths. Would that they added up to a better movie.

I guess that's my problem with the sequel. It has some appealing performances, it moves well but just makes too many stupid choices for me to like it either as a standalone movie or as a sequel to Contracted. The tonal confusion doesn't work; the icky gore and the dark comedy compliment one another, but anything involving the cops or the terrorist/cult member character stops the film cold. When the sequel isn't rehashing beats and ideas from the first movie, it's introducing ideas that are overly expository at best and really dumb at worst. I'd be interested in seeing whatever Josh Forbes directs next. Regardless of what this movie tries to set up, I'm not interested in a Contracted III.

Contracted: Phase II is in limited release and available on VOD and iTunes beginning September 4.