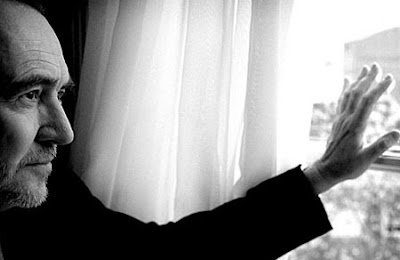 I think I took Wes Craven for granted.

I said in our Favorite Wes Craven Movies piece that I was shocked by my own reaction to Craven's death because it had never occurred to me that he would be gone. That's not me stupidly saying I assumed he would live forever. That's just me saying that he's been a part of my movie-watching life since I can almost first remember and I never actually considered the possibility that one day he would no longer be. I was caught off guard by the news of his death -- as I said, I didn't even know he was sick (I don't think many of us did) -- but I was caught even more off guard by how profoundly it has hit me. 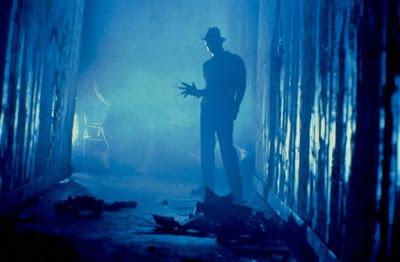 I'm sad for his family, of course, because I'm always sad for the family when a loved one passes. I'm selfishly sad for myself because I know it means no more Wes Craven movies, no more Wes Craven interviews, no more documentaries on the horror genre in which Wes Craven is a talking head and says the most thoughtful things of anyone interviewed. And while I'm thinking of it, how about no more documentaries on the horror genre for a little while? At least until there's something new to say or someone new to say it? John Landis needs a day off.

But what I'm also struggling with is a sense of guilt. I was unfair to Wes Craven too often. When he would release a bad movie -- and I really did (and still do) think a couple of them are quite bad -- I put too much stock in the failure. I would ask myself if he had "lost it" or if the really good ones came about through alchemy of talent and script and luck. And of course that's true. It's true of every movie, not just the ones Wes Craven directed. But I think the foolish belief that Craven would always be around made me too shortsighted about his work. Sure, My Soul to Take is a disaster; maybe the next one would find him bouncing back or maybe it, too, would end up in the "bad" column. I'd just have to wait and see. 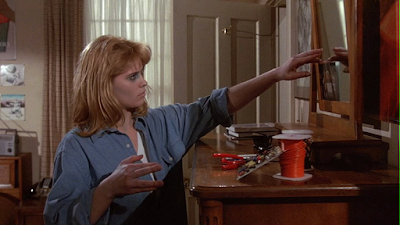 I shouldn't have treated his work as hashmarks in a column. I shouldn't treat anyone's movies that way. One of the things that I've learned during my years running F This Movie! is that I have to always try to be a better movie watcher. I can't ever stop evolving. In my early days it was easy to be snarky or dismissive, in part because I was still figuring out my own voice (and I'm both snarky and dismissive in life) and in part because I wasn't really writing for any audience. Now I know better. People read things that are published on the internet. And even if they don't -- I don't fool myself into believing that the filmmakers involved in the movies I write about read this stuff -- I have to write like they might read it. Provide some context. If I didn't like something, try to explain why I didn't like it. Just saying something sucks is of no value to anyone, least of all myself. The fun of watching and discussing movies is in the "why." Why does it suck? Why is is great? Why why why?

This is not about writing, though. I didn't post a bunch of articles on this site bashing Wes Craven and his work (though I know we trashed Scream 4 when it came out, but again hopefully provided the reasons why we didn't like it...and yes, Heather, I promise to try it again). This is more about the thoughts I've carried around with me all these years -- how I've only ever given Wes Craven credit for his great films and not for his entire body of work. There were plenty of his movies that I didn't like, and I'm not saying I'm going to start liking Vampire in Brooklyn or The Hills Have Eyes 2 retroactively just because Wes Craven died. What I'm saying is that I wasted years dismissing those and not looking for the good in them or giving credit to Craven for trying. And I'll say this about Wes Craven: even with his bad movies, he was always trying something. I mean, Scream 3 comes closest to being a phoned-in effort, but I know there were a lot of problems getting that one to the screen and Craven can't be totally blamed for its failures. Still, it was the only movie in the series -- possibly in his whole career -- that he didn't seem to be trying to do something new or different. I don't think Vampire in Brooklyn works as a horror film or a comedy, but Craven is trying to blend the two in a way that's honest and fair to both genres. He tried to make Eddie Murphy a villain. I didn't love Scream 4 or My Soul to Take, but I can see that Craven was trying to make a horror movie that spoke to young people in a way that most horror movies don't. Again, I don't think he succeeds, but he was trying. Trying matters. 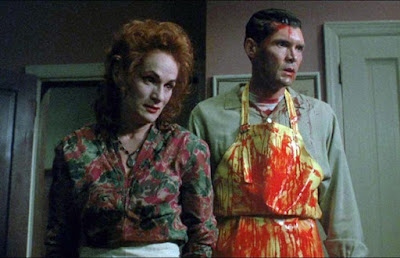 I feel terrible that it took his passing for me to understand that I have to always consider not just the individual film but the body of work. A new Wes Craven film was, at the very least, a new Wes Craven film, and now that we won't be getting any more of those I realize that I shouldn't have been flip about my reactions to any of them. Not every film or filmmaker demands such consideration. I know that. I'm still going to see garbage that I immediately forget or badmouth because it was offensively lazy or made me mad. But this is WES FUCKING CRAVEN. No amount of distaste for the mess that is Cursed (another movie wiped out by studio interference) should make me overlook the fact that this same man once created Freddy Krueger and directed what is probably my favorite horror movie ever made. He was a singular, often times great filmmaker and has more to do with influencing my childhood love of horror than maybe anyone else this side of Jack Pierce.

This week I've been watching a bunch of Wes Craven movies, but because I've seen A Nightmare on Elm Street and The People Under the Stairs and Scream and The Hills Have Eyes enough times already they're not the films I'm turning to while I try to process my grief. Instead I've been watching Shocker and Cursed and Deadly Blessing and stuff I wasn't crazy about the first time I saw it. And I'm still not crazy about most of it -- though both Deadly Blessing and Shocker have risen somewhat in my estimation now that I have some perspective -- but these are the places I'm going to because I want to understand Wes Craven more completely and his misfires can give me as much of a picture of him as his successes. Plus I feel like I owe him that much. 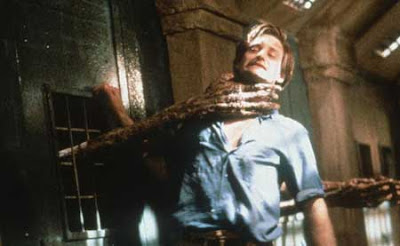 I'm far from finished being broken up about the loss of Wes Craven, but I promise I'll stop writing about my mourning him after this. I'm still having trouble sleeping and prone to seizing up with sadness every few hours. It's not the kind of thing I can talk about in my day to day life, either, so this is the place that I come to share how I'm feeling because I know many of you are feeling the same way -- if not about Wes Craven, then about another artist who meant a great deal to you and is now gone. The truth of the matter is that Craven's just the first in a generation that we're going to start losing sooner than later. Our time with the Masters of Horror is limited. Let's not squander it by lamenting those last two Living Dead movies or Burying the Ex or The Ward. Let's instead celebrate the entire careers and lives of those who made the films that made us love film in the first place.

Wes Craven leaves a legacy of movies -- some great, some not so great, all of them made by a true artist who always tried to grow and give an audience something that would move them, unsettle them, scare them and entertain them. He always tried to be better. I promise I'll try to be better too.
Posted by Patrick Bromley at 5:00 AM