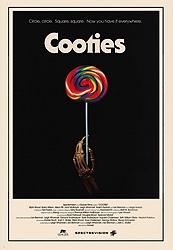 Don't trust anyone under 12.

For a movie with such an inspired premise and a great cast, Cooties is just decent. Directed by the team of Jonathan Milott and Cary Murnion with a screenplay by Ian Brennan (co-creator of Glee) and Leigh Whannell (the man responsible for both the Saw and Insidious franchises), Cooties is the kind of horror movie that can only be made by people that love horror movies, mashing up a number of disparate subgenres in a way that actually manages to feel organic: it's part broad horror comedy, part zombie movie, part killer kid movie. I sometimes found myself wishing it was a better version of any of those three things, but I give them points for trying. 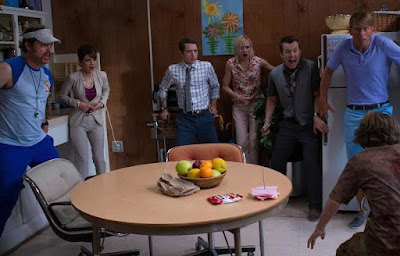 Things begin well enough. Elijah Wood plays Clint, a would-be horror novelist (and a pretty bad one, we're made to believe) who has moved from New York back home to suburban Chicago and is substitute teaching elementary school kids for the summer. There a number of other faculty there for the summer as well: alpha male P.E. teacher Wade Johnson (Rainn Wilson), his sweet girlfriend Lucy (Allison Pill), nerdy science teacher Doug (Whannell), plus Jack McBrayer in the Jack McBrayer role and Nasim Pedrad as the teacher who hates kids and is angry that she's not allowed to teach Creation. It's just an average day until one of the girls gets sick and bites one of her classmates; before you can say "wash your hands" a zombie outbreak has taken over almost the entire population of schoolchildren, leaving the faculty to fend for themselves. Some fare better than others.

All the opening stuff works well, with the screenplay by Whannell and Brennan getting a lot of things right about the social dynamics inside the teachers lounge and and its critique of modern kids feels spot on (my favorite gag is that the kid who's the biggest douche is named "Patriot," which is not a knock on America but on parents who give their kids terrible names). The early zombie stuff plays into the teacher/student dynamic and feelings of dread many teachers feel towards young people, though that eventually is dropped and the characters might as well be any random group of adults trying to survive an undead threat.

Every new actor that shows up is another welcome face even when not all of the performances work; Rainn Wilson drops in and out of a Southern accent and goes cartoonishly buffoonish at times -- a running gag about his inability to pronounce a couple words is one of the film's weakest jokes -- and Jorge Garcia is given nothing to do but pretend to be stoned and give play by play a couple times. Still, this is a strong assembly of mostly comic actors and each of them delivers the goods when necessary, particularly screenwriters Whannell and Brennan in supporting roles, as both dial into a specific wavelength of weirdness of which the movie would use more. If nothing else, Cooties manages to come up with an original twist on the zombie film, a subgenre of horror that has been done to undeath in the last five or six years. 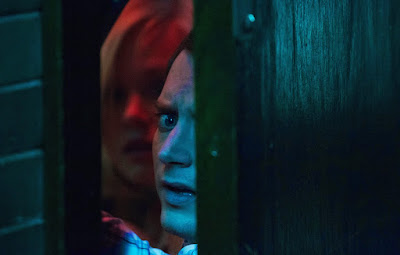 The very idea of setting a zombie movie in an elementary school is ballsy, as it automatically means that at some point the filmmakers are going to have to show a bunch of kids being killed. To Cooties' credit, that material never crosses over into tastelessness. And, yet, maybe that's what's missing -- the movie never seems totally willing to double down on its own lunatic premise and instead plays it safe too much of the time (minus a few choice moments, which you'll recognize when you see them). We've seen movies in which adults fight back against killer kids before, but very few in a comic context where the outrageousness of what is shown on screen matches the outrageousness of the taboos being exploded. Cooties had the opportunity to make its transgressiveness its biggest joke. The opportunity goes unexplored.

The decision to stay away from getting really nasty makes Cooties a fun film but more ephemeral than it would seem on paper. The premise suggests something that has to be seen to be believed, but the execution never reaches that rarified air. Aside from a couple of gore gags (few of which are particularly well staged) and some language, this has more of a fun, upbeat PG-13 vibe -- it's more Arachnophobia than Shaun of the Dead. It's clear that directors Murnion and Milott are using Gremlins as a reference point; there's even a direct homage in the third act (pay attention to the movie theater marquee). It makes for an interesting tonal companion, as treating zombified children like gremlins makes any violence against them easier to accept but also divorces the viewer from the fact that they are, in fact, children. By trying to make the hook of the movie palatable, the filmmakers end up shying away from what is really going on. 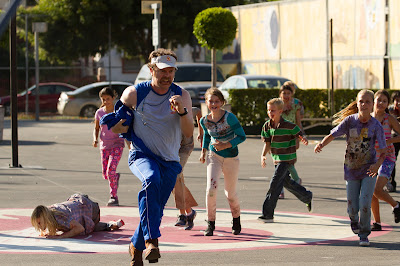 Cooties was made through Wood's company SpectreVision, the horror-centric production company also responsible for Open Windows and A Girl Walks Home Alone at Night. Cooties has a lot in common with those two movies, actually, in that it offers a lot of stuff that's good or interesting without being totally successful. It's the best of the three, though, as well as being the most entertaining and the most commercial. It's an easy movie to watch and an easy movie to enjoy but a difficult movie to love. Even if I wanted to commit, it doesn't seem like Cooties does.

Cooties is currently playing in limited release and is available on VOD and iTunes.