9 Underrated Horror Movies from the '90s 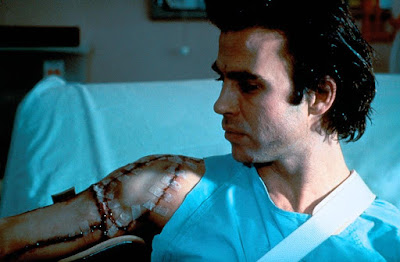 Though it's often considered the worst decade for horror, the '90s weren't all bad.

We're talking a lot about '90s horror this week on the site, and I suspect that decade is just beginning to undergo a general critical reassessment as it's the last unexplored country -- the 2000s have been documented and the '20s through '80s have all been mined and celebrated. There were a lot of good horror movies released in the '90s, many of which received critical accolades (even Oscars) or real genre credibility. Then there are those movies that are either still polarizing or, in many cases, just plain forgotten. Here are a few of them.

The usual caveats: because "underrated" is such a subjective word, don't take offense if a) you've always loved these movies or b) you think horror fans have now fully embraced any of these movies. In many cases they have, but the films still aren't well known or respected outside of devoted genre circles. Also, the first person to say "You forgot [Movie X]..." loses. Don't be that person. It wasn't forgotten. There are only nine movies on this list and more than nine good movies came out during the decade.

1. Tales from the Crypt: Demon Knight (1995, dir. Ernest Dickerson) Maybe the most underrated horror movie of the '90s, though it does finally seem to be getting the respect and affection it deserves. Fun performances from a solid bench of character actors, stylish direction from former Spike Lee DP Dickerson and fantastic practical effects by Todd Masters make this something special. Part of me thinks that its reputation would be even greater if it wasn't known as "the Tales from the Crypt movie," even though Tales from the Crypt is awesome. 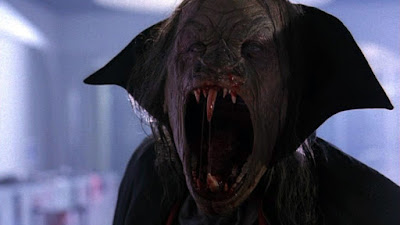 2. The Night Flier (1997, dir. Mark Pavia) A small-scale adaptation of Stephen King's short story (originally appearing in Nightmares & Dreamscapes), The Night Flier stars Miguel Ferrer in a rare leading role as an unscrupulous reporter chasing down a murderer who turns out to be some kind of vampiric monster. Ferrer is great, as he always is in this kind of part, and though the film takes its time to get going the bloody payoff makes it worthwhile. This was barely given a theatrical release in 1997; it is Pavia's only feature film to date.

3. Body Parts (1991, dir. Eric Red) Outside of Demon Knight, which has become pretty widely beloved and is getting a Scream Factory Blu-ray to prove it, Eric Red's Body Parts might be the most overlooked horror movie of the 1990 (its obscurity aided in part by the fact that Paramount pulled the marketing and let it die upon release following the discovery of real-life murder Jeffrey Dahmer's horrible crimes). Jeff Fahey, at the time not a movie star, plays a psychologist who is in a terrible accident and loses an arm, but has a new arm grafted onto his body. Would you know it -- the arm belonged to a serial killer! Familiar premise is brought to life with visceral direction by Red, who gradually shifts genres from psychological thriller to full-blown mad scientist movie. Fantastic set pieces and effects help, too; Red was forced to trim some of the gore for an R-rating, but even the released version packs a punch. This movie is terrific.

4. Sleepwalkers (1992, dir. Mick Harris) Another Stephen King film, though this time not an adaptation; instead, this is King's first original screenplay not based on one of his prior works. At the time, I think the movie seemed to silly and weird to catch on with most audiences -- it's got giant aliens afraid of cats and incest and people getting stabbed with corn cobs -- but time has been good to the movie's perverse dark comedy. Almost 20 years later, Sleepwalkers is no less crazy but has now at least been recognized as the right kind of crazy. 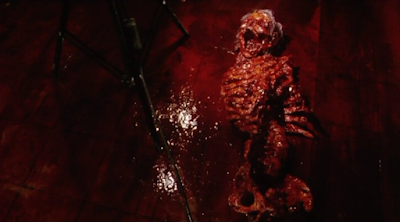 5. The Resurrected (aka Scatterbrain) (1991, dir. Dan O'Bannon) Screenwriter Dan O'Bannon (Alien, Lifeforce) only directed two features, the more famous of which being Return of the Living Dead. His lesser-known follow up effort is an adaptation of an H.P. Lovecraft story in which a private detective (John Terry) is hired by a woman to look into the occult dealings of her husband (played by Chris Sarandon and yes, this sounds a lot like Clive Barker's Lord of Illusions further down the list). Reportedly altered by the studio after production, the movie barely received a theatrical release and has been hard to come by in recent years. Sarandon is great; the miscast Terry less so. The Resurrected is what it often referred to as a "slow burn" but the payoff is worth it.

6. The Dark Half (1993, dir. George A. Romero) A rare George A. Romero studio movie (his second difficult collaboration with the new-defunct Orion Pictures, after Monkey Shines) is an adaptation of Stephen King's novel about an author (Timothy Hutton) whose former pen name is writ corporeal and comes back to take revenge on those he feels conspired to erase his existence. While less throat-grabbingly fearless and more commercial than a lot of Romero's films, it suggests he could have had a real career making more mainstream studio horror movies. It has great New England autumnal atmosphere, two good performances from Timothy Hutton and says some interesting thing about the creative process. It has taken me several years and multiple viewings to really get into the movie, but now I really dig it. 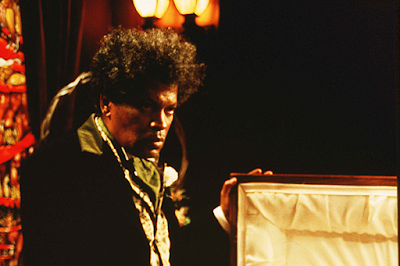 7. Tales from the Hood (1995, dir. Rusty Cundieff) Solid horror anthology produced by Spike Lee and designed to speak to the black experience -- an all-too rare occurrence in horror since the blaxploitation movement in the '70s. Cundieff's direction is a little stiff at times, but both he and Darin Scott (who scripted) dig into an old-school kind of EC Comics morality and keep things fun with an undercurrent of genuine social frustration. Like most anthologies, the segments are uneven but there's a lot of great stuff here. The DVD is long out of print and goes for way too much money on Ebay, so here's hoping a smaller third party label will be able to license the film for a Blu-ray release someday soon.

8. Lord of Illusions (1995, dir. Clive Barker) It's hard to believe that author and filmmaker Clive Barker only directed three features, but it's a testament to the impact that those movies had that he's so well respected in horror not just for his work as an author but as a director, too. His third and final outing as director, the Lovecraftian horror noir Lord of Illusions, is neither the widely accepted masterpiece that is Hellraiser nor the misunderstood-but-rescued effort of Nightbreed, but it deserves a better reputation than it has had for years. The director's cut, for years available on laserdisc, DVD and now Scream Factory's Blu-ray, goes a long way towards restoring Barker's original intentions, as a difficult post-production process with United Artists soured him on moviemaking. I only wish the movie would have had a sequel or, even better, a TV series, as I'd gladly tune in for the weekly adventures of Scott Bakula's detective Harry D'Amour.

9. Necronomincon: Book of the Dead (1993, dir. Brian Yuzna, Christophe Gans, Shusuke Kaneko) Another anthology film based on Lovecraft (very popular in the '90s, I guess) boasts incredible practical effects and lots of them -- they're the kind of surrealistic and insane horrors Yuzna previously conjured up for Society, particularly in this movie's third and final segment (which Yuzna directs). Jeffrey Combs stars in the wraparound story as H.P. Lovecraft himself, and while not all of the segments are great there's enough imagination and nightmarish execution to demand this be seen. The '90s were a time in which a lot of horror movies seemed a little embarrassed to be horror movies. Necronomicon goes completely in the other direction and doubles down on every horrifying aspect.
Posted by Patrick Bromley at 12:00 PM