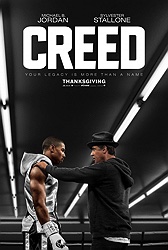 Everything I could have hoped for and more.

Creed was one of the five movies I was anticipating most in 2015 and I’m thrilled and relieved to report that it is very good. And not just good in a Furious 7 kind of way, where I’m watching the movie partly with beer goggles and choosing to ignore its flaws. Creed is better than that. It’s just an objectively wonderful movie in many aspects. I agree with everyone who says that this is the best movie in the Rocky series since the original. Creed is the one of the most crowd pleasing and re-watchable movies I’ve seen all year. I’ve seen it twice and can’t wait to watch it again. This movie plays. 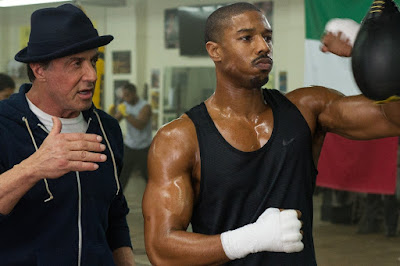 A large part of the credit for Creed working as well as it does must go to writer-director Ryan Coogler (Fruitvale Station), who somehow took familiar material and reinvigorated it while at the same time still honoring what came before it in movies like the original Rocky and especially 2006’s Rocky Balboa. Credit also has to be shared with Sylvester Stallone, who had the good sense to believe in Coogler’s vision and to release the reigns on his beloved character of Rocky Balboa and allow another author his own interpretation. See what I’m saying? This movie was no small feat to pull off and it is such a joy to see that it works. Creed is like if Star Trek: Generations was good.
The plot in brief: Former World Heavyweight Champion Rocky Balboa (Sylvester Stallone) serves as trainer and mentor to Adonis (Michael B. Jordan), the son of his late and former rival Apollo Creed. 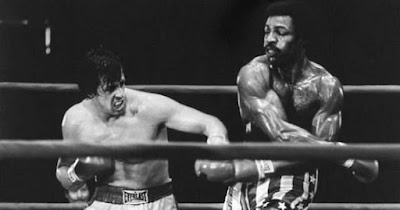 The performances in Creed are wonderful. The cast is led by Michael B. Jordan, who continues to impress me in movie after movie (ignoring the misbegotten Fantastic Four, which is not his fault) with his charisma, likability, smarts and ability to hold the screen. We have to like Adonis and root for him just as much as we ever did Rocky Balboa (who we’ve followed over six movies) and immediately Michael B. Jordan won me over with his tenacity and good heart. He’s a worthy successor to Stallone in being the lead of this franchise. Also great is Tessa Thompson (Dear White People) as Bianca, the woman who becomes the Adrian to Adonis’ Rocky. Frankly, Bianca kicks Adrian’s ass by comparison. Thompson is so entertaining with her no-nonsense attitude, impressive singing chops and little touches like when she pushes Adonis out of excitement following his victory in an early fight. It’s a great little moment that good movies have and Creed has several. Others include an inspired twist on the training montage sequence that Coogler has up his sleeve, which makes perfect sense when you see it and another with Adonis running down the Philly streets with a motorcycle gang behind him popping wheelies in support. It’s a sequence that gives me the chills as it’s amplified by Ludwig Göransson’s phenomenal score. 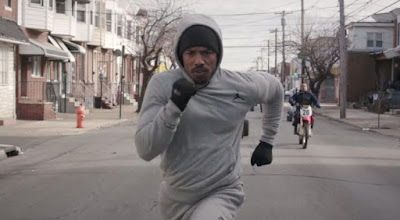 The two big questions for most Rocky fans going into Creed will be how is Stallone’s performance and how is the character of Rocky Balboa handled? I’m thrilled to say that in regards to the latter, I doubt fans will be complaining. As for Stallone’s performance, it’s an interesting thing. It’s so good that it stands out in a weird way. This is by far Stallone’s most intelligent, subtle and wise interpretation of the character. It’s a great performance and I hope he is nominated for another Oscar for it. My only complaint is this guy is way too smart at this point for what has happened to him. Remember Rocky V, where he was basically punch drunk? He was sweet and had a sort of street-level sense of morality but he wasn’t the brightest bulb either. Now you would think that brain trauma can be cured with time because Rocky shows no signs of having diminished intelligence. I just thought it was weird. It’s not bad. It just stood out to me is all.

I love reviewing movies like Creed. There’s nothing better than seeing a movie you were anticipating for a long time and it works. Even if you’re not a fan of the franchise or have never seen a Rocky movie, Creed would be a great place to start. It’s the type of movie I could recommend to anyone because I think it’s such a universal story of a likable underdog making good and the wise, old mentor who helps him get there. It’s a story about love and friendship just as much as being a kick ass film about fighting.

Here’s hoping that Creed is the first of many in a new franchise. You should rush out and see this movie. It’s one of my favorite movies of the year without question.
Posted by Patrick Bromley at 5:00 AM