The Overlook: Color Correct My C*** 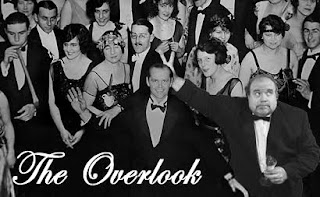 I tried to make this week’s column short and sweet because the disc I am going to describe is long and disgusting.

What was I thinking? What was I thinking when I plunked down good money for a copy of Vagrant Video’s trailer compilation, Color Correct My Cock on Blu-ray disc? Was it the buyer’s frenzy that usually occurs when I step into the dealer’s room at a fan convention? Will I buy anything if the packaging is shiny? Am I secretly unhappy about the color of my you-know-what? 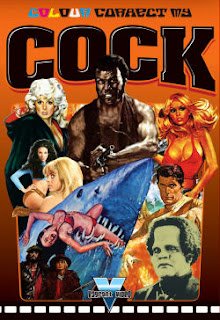 This thing is just awful, and it is awful in several different ways. It is awful in that it contains awful trailers for awful movies. It is awful because said awful trailers for said awful movies are in awful condition—as if faded colors, scratch marks, missing frames, and dirt somehow make a trailer “cooler” or more authentic. It is awful because this awful disc leads me to one of two awful conclusions: 1) the awful gentlemen behind this awful compilation are, in reality, NOT awful but are only pretending to be awful as a cynical marketing ploy allowing them to peddle awfulness to truly awful people; or 2) the awful gentlemen behind this awful compilation actually ARE awful and want to spread this awfulness across the globe, lowering our standards until the entire world more closely resembles their small, sad, dark, awful, soulless lives.

Maybe this disc is just not for me. I would be more forgiving of this damn thing if it did not begin with a skit in which the disc’s producers are shown in their little clubhouse, crowing about how awful they are, ogling shapely women, wallowing in shallow misogyny, guzzling Mountain Dew, and making breast jokes. (Don’t get me wrong: like many red-blooded American men, I LOVE… Mountain Dew.) Perhaps their intent was to show us the ideology that bred their “artistry.” “Oh,” cries the unlucky viewer, “this was put together by morons marinating in their own disgusting unreality? Well then I will need to lower my expectations and judge the resulting awful object using the same awful standards by which I judge other awful people and awful things.”
Some highlights (there are no highlights):

• The trailer for Sex on the Run, a re-titling of the Tony Curtis vehicle, Casanova and Company. The point in including this trailer seems to be to demean and mock Tony Curtis, the star of such classic films as Some Like It Hot (which is referenced in this trailer), Sweet Smell of Success, and The Boston Strangler. We are invited to ironically revel in Curtis’s fall from grace because at the end of his career, he was forced to appear in Z-grade trash like this. (I remember several years later, some basic cable channel offered Tony Curtis himself as a prize in a contest. If you won, Tony Curtis came to your house and screened Some Like It Hot in your living room with your whole family. Yikes.) 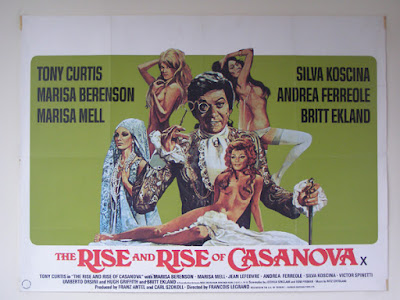 • The trailer for Sonny and Jed, a Spaghetti Western I’ve never heard of. This is in rough shape and left me wondering why it was chosen for this compilation. Many of the choices seem random.

• A Drive-In Theater advertising spot for Smithfield BBQ sandwiches (because OF COURSE.) Like all of the other bits in this collection, it’s in bad shape. Food never looks appetizing in these drive-in spots; all of the schmutz, hairs in the gate, missing frames, and deterioration only make me want a BBQ sandwich LESS.

• The trailer for The Godmother II, apparently a re-titling of the Italian film La Padrina, sometimes exhibited with the title Lady Dynamite. This is pretty much what you would expect from a film with any of those three titles. 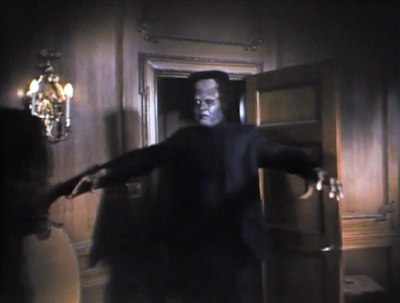 • The trailer for Blackenstein, one of the more risible films of the Blackspoitation era of the early 1970s. I have seen plenty of other Blacksploitation films, but I have never seen this one. Based on this trailer, I am not missing a whole hell of a lot.

• The trailer for The Great Scout and Cathouse Thursday, a completely insane 1976 Western that I have actually seen. It stars Lee Marvin and Elizabeth Ashley, with Oliver Reed as a Native American intent on infecting as many white women as he can find with syphilis, thus “taking revenge on the white man.” I am not making this up.

• The trailer for Josefine Mutzenbacher – Wie Sie Wirklich War II, a hardcore pornographic film, which (based on the evidence here) is batshit crazy. At one point, a man and a woman make love on galloping horseback. I just kept thinking, “That poor horse.”

Watching this awful mess brought to mind one of my favorite quotes from the stage play Inherit The Wind, the story of the famous “Scopes Monkey Trial.” Near the end of the play, the Clarence Darrow character takes the H.L. Menken character to task for being an unfeeling, sarcastic asshole, saying, “You’re like a ghost with an empty sleeve pointing an empty finger and laughing at everything people hold dear. What do YOU believe in? What warms you—a thought… an idea… just to cling to? You’re all alone.” This is how I feel about the awful gentlemen who put together this awful compilation.

Daily Grindhouse.com concluded their review by suggesting that the disc was a “welcome addition to any cult film library, […] best paired with a case of the cheapest, shittiest beer you can find.” And I know that there are those of you who, the more I tell you this disc is awful, the more strongly you feel an automatic, irresistible attraction toward viewing it. I think I will call this phenomenon “crapillary action.”

Babies, I implore you to resist. It’s too late for me—SAVE YOURSELVES. I do not recommend that you buy or watch this disc. I would send you my copy, but I am going to burn it in my fireplace and forget this whole incident ever happened. I have to go now and take a long, hot, un-ironic shower.
Posted by Patrick Bromley at 5:00 AM