I just re-lived a piece of my childhood.

Last week, a beloved colleague of mine (Thanks, Bruce!) made me aware of a "de-specialized" version of the first Star Wars film. A man named Petr “Harmy” Harmacek, who seems to have major-league OCD (Obsessive Cinephile Disorder, a malady I share), was bothered by the innumerable changes and tweaks wrought over the years by the original filmmakers. He vowed to scour the globe for transfers of the original, untouched film and its soundtrack, and perform a homemade restoration of his own. Homemade, that is, if one's home just happens to contains tens of thousands of dollars of sophisticated video and computer equipment. Harmy even made his own mattes so that he could combine pieces of different versions of the original in the same frame! 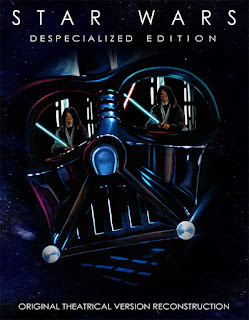 What's more, my colleague burned a copy me a copy of Harmy’s final movie on good ol' DVD. It really and truly is Star Wars – not A New Hope, not Episode IV. It’s Star Wars from when there was only Star Wars… and that was enough.

NOTE TO THE COPYRIGHT POLICE: Please don't put my friend in jail. Please don’t put anybody who watches this movie in jail. This pristine transfer and restoration was not made for public showing or monetary gain. No rights given or implied. Babies, clearly there are legal issues here… so, am I telling you to download this, watch this, or burn this to disc? NO. (I am also NOT telling you to do all three.)
What I am telling you is that this is the film I remember from when I was 15. It looks great. It must be the transfer; to these tired eyes, this is the closest a DVD has ever come to looking like a Blu-ray disc. How good is this transfer? My lovely wife, who claims that she does not ever require a Blu-ray disc and player and 4K screen—that she would be just as happy with a 19-inch RCA television from 1977 as long as there “were a few colors on it”—ACTUALLY SAW A DIFFERENCE IN THE TRANSFER AND COMMENTED ON HOW GOOD IT LOOKED. Hallelujah! 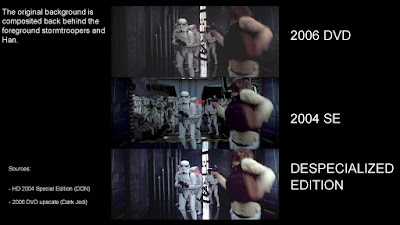 Watching the original film in this beyond-pristine transfer makes me realize that the Special Editions use too much digital noise reduction. The de-specialized edition has better skin tone and texture, and the original sound effects were better too. It’s nice to see the plain, green “Lucasfilm Limited” logo again. Similarly, it’s nice that the famous opening crawl no longer reads, "Chapter Four -A New Hope." It's nice to have the original puppets back in the Cantina scene where, obviously, Han shoots first. I don't miss cartoony Jabba in the docking bay scene—at all. I don't miss Biggs. I don't miss that the big explosions don't have fancy rings of light and debris shooting out of them.

(I do miss Peter Cushing. That is, seeing him reminds me that he is so good in Star Wars—so classy and professional, so effortlessly evil—that I wish they had found a way to let him appear in the sequels. What if Grand Moff Tarkin had become The Emperor? Oh, no—now I'm doing the very thing for which I'm taking Lucas to task.)

Have I mentioned that this transfer is amazing? Some of the scenes on the de-specialized version look almost 3-D. The progenitor of this project took crazy great care to get this right. In this age of 4K scans and Blu-ray playback, we can see what a tremendous difference a stunning transfer can make. Doug Pratt of the DVD/Laserdisc Newsletter used to opine that there are so many impediments to truly immersing ourselves in a movie—so many ways the director's vision can be compromised by the presentation—that it is absolutely essential that the delivery system not add any more impediments to pleasure. Now, every time a new restoration of an older film comes out, if the transfer technicians have done their jobs and have removed decades of haze and muck and distorted sound, my highest compliment becomes, "this looks like it was filmed yesterday." 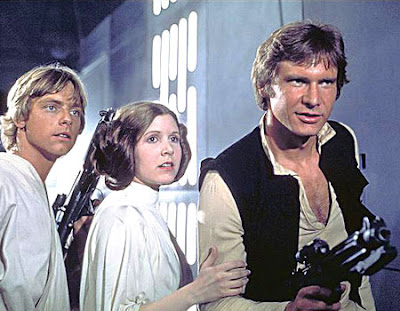 Yet with the three original Star Wars movies, I believe that the idea of “restoration” was taken too far, moving into the realm of “remodel.” I see it as a case of the director himself compromising his own original vision by piling on unnecessary distractions and eye candy that distract us from the film itself.

We can’t know why George Lucas really decided to tinker with his original masterpieces. Was he simply trying to update the technology and effects because he could? Was it merchandising greed—the thought that, unless it was somehow “new and improved,” the theatrical re-releases would have flopped? Or was it the fact that he couldn’t sit still – because for the 25 years between Return of the Jedi and The Phantom Menace, he didn’t make a new film?

Turning a beloved film into a "spot the differences" trivia exercise benefits no one -- and denigrates the original film. Unless the purpose of motion pictures as an art form is to sell a few new action figures, I began to suspect that Lucas might actually hold his beloved franchise in contempt because the original trilogy imprisoned him as the gatekeeper of the franchise for so long. In discussing the matter with my wife—who is possibly an even more enthusiastic Star Wars fan than I am, judging by the fact that all her notebooks have “Mrs. Han Solo” written over and over in sparkle pen on their inside covers—I posited that maybe die-hard fans had tired of the originals and cried out for something new. She convinced me that that was not the case. Instead, perhaps it was partly the artists and technicians behind the original Star Wars who—as newly developed technologies transformed their arts and widened the possibilities of what they could achieve on film—rued the fact that they didn't have those cool new tools at their disposal when crafting the original. Maybe those technical artists had long ago tired of the film and could only see its flaws. Yet I can't think of a single change in the special edition that made it a better film. 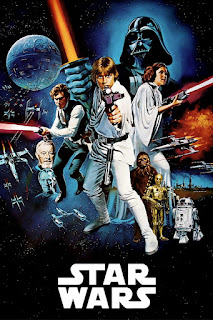 Perhaps Lucas felt that making changes was the only way to help the world see it with new eyes. I am reminded again of a story Roger Ebert used to tell about his literature professor at the U of I, Dan Curley: Curley once told Ebert that if he could have one wish, it would be to read Romeo and Juliet again for the first time. Well, after almost 20 years of being able to only see the “Special Editions,” seeing this “de-specialized” version was like seeing Star Wars again for the first time.

I am fond of saying that art is not a democracy. Clearly, George Lucas takes our votes away from us by making the original version of Star Wars very, very difficult to see. But this is the version I'm going to choose to watch in the future. I am voting for something old and true, something trustworthy—I am voting for the Bernie Sanders of Star Wars editions.

But hey, it’s Star Wars—one of the most popular movies of all time. So what was Overlooked? Why, just the wonder and magic of the original film, babies. We’ve all been overlooking it for almost two decades, but I am here to tell you that it is still there.

May The Force be with you… always.
Posted by Patrick Bromley at 5:00 AM