Just in case The Force Awakens is all sold out, you can watch these at home. 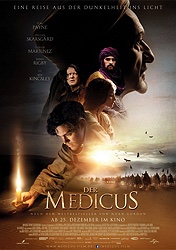 Adam Thas: The Physician (2014, dir. Phillip Stolzl) I’ll be upfront: if you’re in the mood for Middle-Eastern epic, throw in a copy of Lawrence of Arabia. However, this is a column about Netflix, so this week I’m recommending The Physician starring Tom Payne and Ben Kingsley. The Physician takes place in the 11th century where a Christian disguises himself as a Jew to study medicine at a Middle-Eastern University. The Physician is fine, makes some large rewrites of history and demands a lot from us at over two hours. However, The Physician desperately wants to be an epic, with giant set pieces and some wonderful cinematic shots. I couldn’t help but enjoy myself if not just for the craft that went into the movie. It’s a competent movie overall and just lacks that substance that you get from movies like Lawrence of Arabia so it feels kind of shallow at times, but if you are a fan of not only movies but the art of making movies I think you’ll find enough to like in The Physician to spend the time on it. 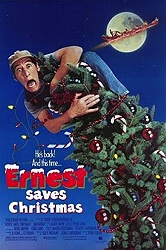 Heath Holland: Ernest Saves Christmas We've written a lot about this movie here on this site. Adam talked about it last year during his 30 Days of Christmas Movies, and I gave it a whole column a couple of years ago. Ernest Saves Christmas is a weird movie, and probably a bad one, but I still can't shake my affection for it. I'm kind embarrassed that it's one of my favorite Christmas movies, and sometimes I don't like that I like it. Yet here it is, Christmas, and here I am, recommending a movie starring Jim Varney's greatest creation, Ernest P. Worrell. It's a flawed film, yes, but I think it has its heart in the right place and succeeds at taking a sort of "aw, shucks" approach to the holiday. Times have definitely changed and it's hard to enjoy a movie like this these days (it was kind of hard even back in 1988), but if you can put yourself in the right frame of mind, it might just charm its way past your defenses. 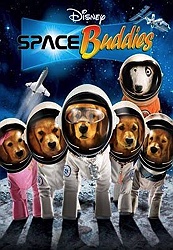 JB: Space Buddies (2009, dir. Robert Vince) This weekend, instead of going to a movie theater to see Star Wars: The Force Awakens, watch this instead. According to Netflix, “The puppies of Air Buddies are back in this family friendly adventure. But this time, they’re setting their sights higher—as in, the moon!” Think about it—no long lines or annoying people in costumes, and the popcorn is cheaper at home. You’re welcome. 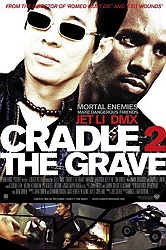 Patrick: Cradle 2 the Grave (2003, dir. Andrzej Bartkowiak) The early 2000s were a weird time for action movies. Joel Silver was single-handedly trying to usher in a kung-fu/hip-hop crossbreeding movement, the likes of which America hadn't seen since the great rock 'n' wrestling connection of the 1980s. Supporting Silver in this endeavor were Polish cinematographer-turned-director Andrzej Bartkowiak and rapper DMX, who starred in Bartkowiak's first three films: Romeo Must Die (in which he was mostly a cameo), the Steven Seagal joint Exit Wounds and Cradle 2 the Grave, the movie I'm recommending this week. The Dog plays Fait, the leader of a group of jewel thieves who rip off the wrong diamonds and attract the ire of a ruthless gangster, who kidnaps Fait's daughter. Fait and his crew team up with cop (Jet Li in his second Silver/Bartkowiak collaboration) to take down the bad guys. While I will never, ever understand the title of this movie, I can enjoy it as slick, stupid trash that's surprisingly good at co-mingling kung fu and hip hop with an MTV sensibility. X makes a convincing action star, Mark Dacascos is a good villain and Gabrielle Union does a strip dance. Maybe I should have led with that.
Posted by Patrick Bromley at 12:00 PM