I’ve got a confession to make: there is no cinematic genre that I’ve struggled with more than the war film. I have liked plenty of war movies in the past, but I also have a really hard time with them, especially when they get too “real.” I have this memory of being a little kid at a buddy’s house and his older brother watching a Vietnam movie on television. I was too young to really understand what was going on, but when one of the soldiers in the movie stepped on a land mind and was blown to bits, I was horrified. Why? Why would someone put this in a movie? Movies were for having fun! That memory has stuck with me, and war movies often make me really anxious, sometimes almost panicked. To be fair, I’ve seen many of the most popular “modern” war films, from Platoon to Saving Private Ryan and enjoyed them for what they were, but my exposure to the vast breadth of this film category has been embarrassingly deficient. As I’ve gotten older, I’ve watched even fewer war movies because I have decided that I don’t have to watch anything that I don’t want to. Being an adult is great, because you can completely close yourself off from things that push you outside your comfort zone. You never have to challenge yourself again! Hooray! 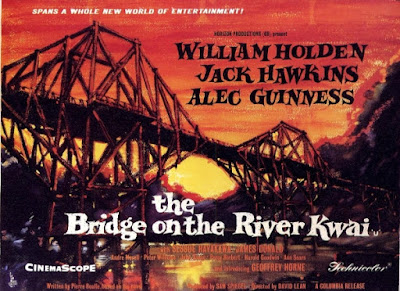 You’re probably reading this and saying “Of course they make you uncomfortable! They’re supposed to!” And you, wise reader, would be 100% correct. But just as forcing myself to watch a movie with an actor I can’t stand often makes for a joyless experience, forcing myself to watch movies that make me squirm rarely makes for compelling or memorable viewing, and they usually feel like homework from which I have a tendency to distance myself as much as possible. If you want to ensure that you don’t like a movie, watch it when you’re really set against it. For several years (like ten), I could only watch movies about war if they took a different approach. Therefore, I could watch and appreciate The Dirty Dozen and Inglorious Basterds, even Captain America, because war was merely the setting, not the entire subject. I couldn’t approach movies that tackled war head on and showed massive battles and carnage. Even thinking about those kinds of things now raises my pulse.

In my thirties I somehow decided that I didn’t really care for war films because they glorified human suffering for our entertainment. I have a hard enough time with real wars going on every day, but now we’re going to make films about them using movie stars with air conditioned trailers, on sets with craft services? I came to think that these movies allowed us to distance ourselves from the actual suffering on the screen and experience the horror of war from the safety of our theater seat or our own couch. Is there a bigger insult to those who have lived and died on the battlefield than to experience their trials through a filter of popcorn and soda? Why in the world would I intentionally choose to watch a movie that details the deaths of countless human beings FOR ENTERTAINMENT? As much as a movie may try, it cannot depict the absolute terror and atrocity of war, and by trying to shoehorn in things like romance or what the soldiers’ lives were like “back home,” (as many do), they fictionalize and make more palatable what should never be palatable in the first place. I did not like this. 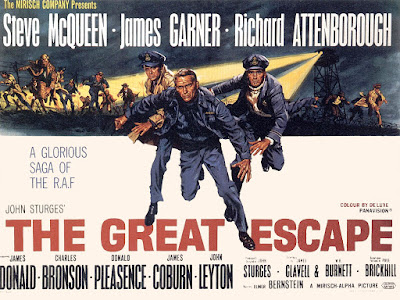 Lately, though, I’ve really turned a corner on the war film. Something had to change, eventually. I watched the Brad Pitt WWII tank movie Fury back when it first came out and was pretty sure I hated it, but a funny thing happened: I began to think about it here and there. Just a little, for a few minutes at a time. Then months would go by, and I’d think about it again. Before I knew it, I was thinking about Fury a whole lot, and was actually realizing that I valued it and that it had made an impression on me, Now I can say that I think it was the straw that broke the camel’s back. Soon I realized that war films at their best--when they’re done well and not for cheap sentiment or propaganda, as some are-- have a lot to say about our own humanity. War films exist because they allow us to confront our own mortality and to try and make sense of things that probably never will. All the time I spent snuggled up with film noir last year really helped me to understand that noir exists because of the disillusionment that came during and after World War II. Out of that horrible war came a new way of thinking about life and the meaning (or lack thereof) to be found therein. WWII affected the entire globe and hardened the resolve of millions of people, prompting them to stand up for the things they believed in. In the aftermath of the war, when about 60 million human beings were dead, what better way to try and come to terms with the real-life horrors so many people had experienced first-hand than to make movies about them? Some of those movies celebrate real heroes, like Audie Murphy, one of the most decorated soldiers of the war, credited with single-handedly killing 240 enemy soldiers. It’s only fitting that Murphy would go on to become a movie star in his own right. Other movies make new heroes out of myth, and still others try to find the comedy of war. Through art, we achieve understanding. And if not understanding, at least we are able to try and find some closure. Sometimes you have to find light in the absolute darkest of night just to keep going. We make movies about war because making movies about the human struggle is what we do. Now I get it. I’ve seen the Sankara stones; I understand their power now.

My views on war films have changed considerably, and feel like I have to make up for lost time. So far, the movies that I’ve enjoyed (it feels weird to use that term) the most are those that came during and after World War II because they feel really pure and focused, and this era of filmmaking is one of my favorites. I’ve also really enjoyed catching up on some Vietnam-era films. More difficult for me has been modern war films because I just don’t have the hindsight on current and recent wars that I’m afforded by those that ended decades ago and have been decided worthy or unworthy by history. Newer movies don’t have the benefit of presenting facts as black and white like all those old black and white movies. The bad guys are just a little harder to label, and invisible men behind the scenes now play an even more critical role. But again, maybe that’s the point. When the world makes no sense, our movies exist to give meaning to that which seems to have none. 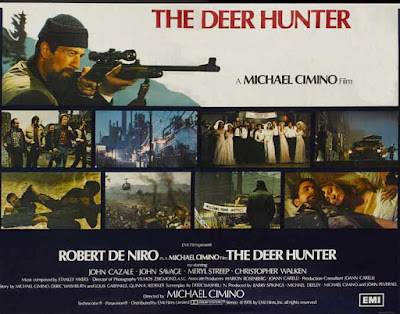 So let’s talk about the war film. Let’s celebrate uncommon valor and soldiers who face certain death fighting for what they believe. Do you have any recommendations for me, or any movies that you want to spotlight? For that matter, how do you feel about war films in general? Important and necessary to the art and craft of filmmaking, or too sensitive a subject for mainstream entertainment? Can a movie be both? As much as I’ve changed my stance on war films, I’m still not sure about the way that Hollywood makes entertainment out of the casualties of war. Speaking of Casualties of War, I like that one a lot. I also like The Longest Day. I mentioned Saving Private Ryan and Platoon, and both of those are fantastic, too. I also really like Sniper with Tom Berenger, and Enemy at the Gates. And as it turns out, I’m a big fan of Fury.
Posted by Patrick Bromley at 12:00 PM