Cherry Tree and the Problem of Indifference 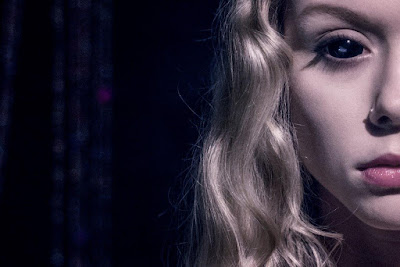 What do you say when you have nothing to say?

In looking for something to review for this week -- Adam Riske had the theatrical new releases covered, and we've been down a few columns lately so I've got some holes to fill -- I began searching through the latest horror offerings on VOD and iTunes. I came across Cherry Tree, the latest film from Wake Wood director David Keating. I had heard a few things about it but nothing decisive, so I turned to the best source I know when it comes to indie horror: regular reader/listener Chaybee, who seeks out more indie horror than anyone else I know. He had already seen it, of course, and offered a qualified recommendation. That was enough for me.

The movie stars Naomi Battrick as Faith, a teenage girl living with her chef father who we soon learn is quickly dying of cancer. When a mysterious woman named Sissy (Anna Walton) enters into her life and offers Faith a deal -- she will cure her father's illness if Faith will agree to carry a child -- Faith agrees against her better judgment. Before you can say "teenage pregnancy," Faith's unborn child is growing at an exponential rate and probably intended to be part of some dark as shit ritual performed by a coven of witches of which Sissy is the leader. 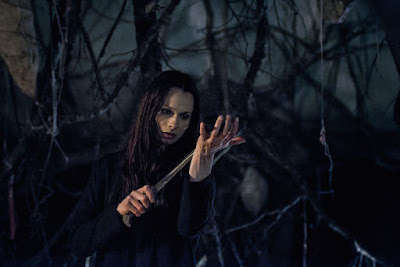 Cherry Tree is a totally fine movie. It's about witches, one of the subgenres of horror in which I am least interested. It has a cheap digital feel about it -- more than a lot of recent movies, I found myself missing 35mm watching Cherry Tree for some reason -- and, as Chaybee warned me in our conversation, it feels aggressively '90s. I wasn't sure what that meant when he said it, but having now seen Cherry Tree I know exactly what he's talking about. The "witchcraft in high school" stuff recalls The Craft, while the "strange woman moves in on my family and presents a threat" is reminiscent of a bunch of early '90s thrillers like The Hand That Rocks the Cradle and its imitators. There are also shades of both The Guardian and The Kiss, which are technically late '80s movies, but the '90s horror comparison stands -- especially once the makeup effects start and appear to be right out of 1995.

So what do I say about Cherry Tree? I could maybe stretch out these same thoughts to a full review, but it would be pretty goddamn thin and I'm not sure who would be interested in reading it. This isn't the first time that's happened, either. At least once a month I'll watch something for the sole purpose of writing about it -- movies like Barely Lethal and #Horror and Close Range -- and then discover that I either a) have very little to say or b) have very little nice to say. When a movie is small and trying to find an audience, in most instances I'd rather not trash it and talk anyone out of giving it a chance. It's great to be able to turn people on to a film that they might not otherwise know about, but if I don't like something I'd just as soon keep quiet about it. It doesn't really help anyone for me to pile onto a movie that needs all the positive word of mouth it can get. Sure, it might save you, the reader, from spending $5 or $6 watching it on iTunes, but my goal as a writer has never been to act as Consumer Reports. Any movie is worth the financial investment if you want to see it, because every movie -- good or bad -- offers a new experience and new insight into who we are and what we like.

But not all movies are created equal, which means that not all movies are equally easy to write about. As critics, we don't really get to pick and choose what we write about. I mean, we do -- especially those of us who started our own sites and don't answer to any higher ups -- but the job of the critic is to find the thing in any film that's worth talking about. Whether or not that particular writer or critic is looking forward to a movie or is interested in the subject matter is beside the point. Every movie must be given a fair shake with the idea that a review will attempt to explore what does or does not work. It's what makes me crazy about reviews that either just reiterate the plot or reduce a movie to "yes" or "no." Those polar extremes eliminate everything in the middle, and that's where most movies exist. I wish more writers took the time to find the "thing" in a movie -- what's at the center that frames the discussion for better or worse. I may still be in the process of learning how to be a better movie watcher and a better movie writer, but I always try to find the thing. 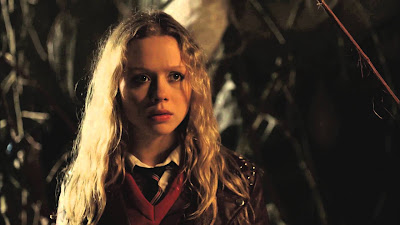 I could find the thing about Cherry Tree if I were so inclined. The fact that I'm not all that inclined, though, probably is the thing. "There isn't a review" becomes the review. I can get away with it once, maybe twice, by turning that idea into an essay on the larger problem of indifference when trying to discuss a movie, but there's not much repeat value in such a reaction. And yet it's a completely valid reaction to have, as it's on the spectrum of the ways in which we respond to art. It just doesn't make for very interesting writing, much less interesting reading. I prefer to talk about movies with some sort of passion. Indifference is passion's enemy.

Lately I've thought a lot about why certain movies work for us and do nothing for other people (and vice versa). As I said, I have tried to become better about the way I talk about movies since starting this site over five years ago, recognizing that there is an almost limitless range of responses to a movie outside of my own. It's why I've tried to stop subscribing to the idea that there are bad movies and good movies -- there are only movies I like and movies I don't. I may still use those words, but only in the context of the unspoken "In my opinion..." (and because I'm the one writing, the implication is that it is always my opinion and therefore redundant to state it as such). When a lot of people like a movie, we tend to classify it as "good." The inverse is also true, but there is no such thing as an absolute when we talk about movies. The only way to argue that a movie is definitively, objectively "bad" is to be sure that literally not one person likes it. Spoiler alert: that movie does not exist. Every movie is on someone somewhere's list of favorites.

Sure, there are criteria against which we typically measure standards of good and bad. We can talk about the technical merits of a movie or its screenplay or the performances. Never mind that those are basically subjective too; all that shit breaks down as soon as a movie that doesn't adhere to the usual notions of quality in these areas makes a person feel something. That emotional response, if strong enough, is worth more than any of the other criteria. And as soon as a movie that many would label as objectively bad speaks to someone, its badness is no longer objective. Now it's dependent on the individual. 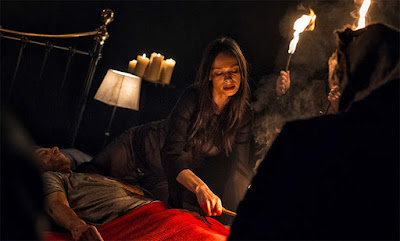 It's like this: every movie is like a filmmaker standing on stage and throwing a bucket of paint out at the audience. The paint is going to get all over some people, covering them from head to toe. Others will just end up with a few spots here and there -- some things connect, but they remain mostly unchanged. Still others get nothing on them. We cannot judge the people who wind up covered in paint any more than we can judge those who walk away spotless. This, unfortunately, is what so much of the conversation about film has come down to (especially on Twitter and social media, where many people are the worst). We laugh at the people covered in paint instead of asking them to hear the story about how they wound up with so much on them. That, to me, is the conversation worth having.

So Cherry Tree didn't do it for me, even though there are things I liked about it: there is some effective imagery, Anna Walton makes for a very sexy murderous witch, Battrick is a sympathetic lead and one moment near the end is shockingly transgressive (which means, of course, that the movie won't have the courage to follow through on what it shows us). It's also somewhat clunky and features one of the most unintentionally funny and terrible final shots of a movie in recent memory. It's so bad that we end the movie feeling like it was a lot worse than it actually was.

These are specifics, though, and I still don't have a broader sense of my reactions to the movie as a whole. That's because I don't really have a reaction to the movie as a whole. I could write a review that's wishy-washy and say "this stuff is good but this stuff is bad" and you could decide for yourself if you wanted to give the film a shot based on what I said. Hopefully you still will, even though I've gone on and on about my ambivalence toward it. The most difficult reviews to write are the movies for which I feel very little, even if they deserve to be talked about all the same.