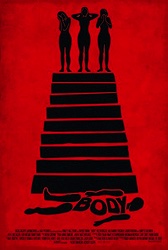 Seek this one out.

Reviewing a movie like Body is a pleasure and a privilege. I started the year doing my regular thing of reviewing one of the latest new releases like The Forest and Ride Along 2 and it was getting to be somewhat unbearable. I had a strong inclination that they were going to be bad movies, I saw them and they were bad movies and then I chose to spend another hour writing about how they were bad movies, to which people commented basically “Yeah, I didn’t think it would be good.” I’m kinda done with that shit. I just want to review movies I like going forward. In the spirit of Movie Love for Movie Lovers, consider a review from me, from now on, to be a tacit recommendation. They are not all going to be perfect, and Body is far from perfect, but it is absolutely worth seeing. Is that cool? Cool.

I said reviewing a movie like Body is a privilege because the best thing I can do with a review is to champion a movie that is unseen and under-appreciated. I was lucky enough to see this movie by chance at last August’s Bruce Campbell Horror Film Festival (with our own Patrick Bromley) and it has stuck with me since. Body tells the story of three young women who are bored on Christmas Eve and come down with a case of the fuckarounds. They break into a mansion, a body later comes into play and things forever change for our heroines. 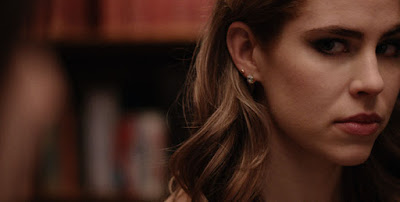 There’s a lot to like in the movie, namely the three lead performances from Helen Rogers (who looks like if Elizabeth Pena and Josh Charles had a baby), Alexandra Turshen (who looks like Rachel McAdams’ little sister) and Lauren Molina (who looks like Lauren Molina). They make for a very charismatic ensemble. The first act of Body is the best act. It’s the portion of the film before the inciting incident and the time where we just get to hang out with these three women. And they’re awesome and very funny. I could watch a whole movie of these cool ladies bullshitting around on Christmas Eve. It would be better than The Night Before, that’s for sure. It’s so much fun spending time with them that when the plot kicks in it’s almost a buzzkill. Oh well. We’ll still always have those super fun opening 25 minutes.

The rest of the movie is good though, too, in a Twilight Zone morality play type of way. I love that aspect of horror movies where they put their protagonists in a situation of having to do very bad things and give the audience a chance to consider what they would do if they were in the shoes of the characters. Body is also an example how well horror can manipulate audience sympathies. That first act is crucial. We like the lead characters so much from the beginning that our impulse is almost just to want to see them escape trouble rather than do what is right. Body runs only 75 minutes, which is probably why it works as well as it does. In the middle you can feel the movie slightly spinning its wheels so getting out quicker was probably a wise idea. As it is it’s compact, suspenseful and fun. This is the feature debut of Dan Berk and Robert Olsen and they’ve made a beautifully shot, well-written horror/thriller that makes me eager to see what they have up their sleeves next.

The state of independent film is something I currently love but also feel somewhat sad about. There are so many good movies out there right now on various platforms that it’s a time to rejoice because you never have to look far to find something good to watch. And yet, in today’s film business climate, it’s really hard to see movies like Body unless you know where to look. Just last week I was commenting to our friend Chaybee how much of a bummer it is that so many interesting-looking/sounding movies premiere at a festival and then never make it out to a general audience because they find limited or no distribution. It’s really a shame and all the more reason I want to recommend something like Body. It just makes me sad to think that there are all of these lost indies out there that people worked so hard on that we’ll never get to see. Sorry, I’m being a drag.

Body is available on Amazon Instant Video for rental or purchase. If you see it, leave a comment and let me know what you think. I think it’s a movie worth championing.