“We are the music makers and we are the dreamers of dreams.”
-- Poet Arthur O’Shaughnessy 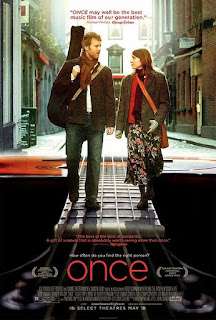 We continue our catechism this week with a unique, and uniquely authentic, modern musical. The musical is one of the Pope’s favorite genres. No other genre (except perhaps animation) allows for nonrealistic flights of fancy and transcendent, plot-snubbing tomfoolery. It constantly surprises me that, in the world of modern film where literally anything is possible, non-realistic material must still be couched in the realms of magic, sci-fi, cartoons, and super heroes. What’s up with that?

I can well understand why young people have massive problems with this genre and with its requisite suspension of disbelief. Yes, your Pontiff has noticed that, in real life, people DO NOT break into spontaneous singing and dancing. There is also the troubling subtext (in most musicals) that life can be an exciting adventure and that romantic love is possible. Many young people (not all, but many) reject those two notions like a bad kidney.

Many modern musicals attempt to address these “problems” by opting for the arch, sarcastic, post-modern, or downbeat (Chicago, Into the Woods, Sweeney Todd); placing the narrative within the “music business,” thereby giving the songs a reason to exist (Dreamgirls, Begin Again, Stop Making Sense); or choosing animation, which by its very nature is non-realistic (The Little Mermaid, Cats Don’t Dance, Frozen). 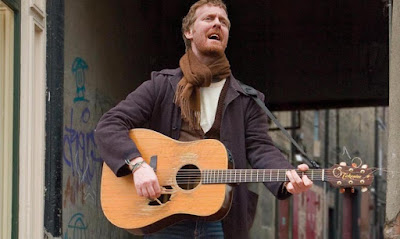 Once fits so snugly into this modern category that it may have helped invent it. Originally conceived as a promotional film for a new album—many of the traditional ways of promoting recorded music have dried up or disappeared—Once succeeds not only as a (very) long-form music video, but as one of the best movie musicals ever made. The plot is fresh, the performances are raw and well observed, and the music is tuneful and transcendent.

The plot in brief: An Irish vacuum repairman/street performer (Glen Hansard) meets and befriends a young Czech florist/musician (Marketa Irglova). Hansard’s character (who is only billed as “Guy”) is bummed out because his cheating girlfriend has left him and moved to London. Irglova’s “Girl” is bummed out because she and her young son share a flat with her mother while her husband remains in the Czech Republic. He fixes her vacuum cleaner. She takes him to the music shop where she plays the piano on her lunch breaks. They begin to collaborate on songs.

With borrowed money the two decide to record an album, which the Hansard character intends to take to London in hopes of making his fortune. They record the album in a 72-hour marathon at a local studio with borrowed musicians. They find themselves falling love. 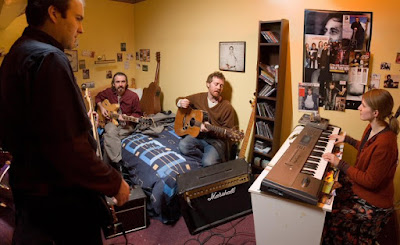 The music in the film is authentic and wonderful, obviously played live by the musicians on the screen. The songs run the gamut, from goofy (“Broken-Hearted Hoover Fixer Sucker Guy”) to passionate (“When Your Mind’s Made Up”) to delicate and fun (“Fallen from the Sky” with Irglova playing a child’s toy piano) to epic and sublime (“Falling Slowly”). Once is one of many films that show us the collaborative, transformative, and healing nature of art. People involved in any kind of “production” wind up with a strong and special bond; in films as varied as That Thing You Do, Bowfinger, and Shakespeare in Love this theme bubbles up again and again. We learn not only that art is transformative, but the making of art is transformative as well.

As the infallible Pope of Film, I cannot think of a single other recent film that better demonstrates the idea of art as escape. For the same reason that you or I may seek escape from our real lives by viewing films, the characters in Once are seeking an escape from their sad and limited lives through music. No matter what is going on in Dublin’s dank alleys and grey streets, all these characters need to do is pick up a guitar or start to sing and their reality is briefly transformed. Glen Hansard obviously seeks this type of solace often. His acoustic guitar wordlessly communicates this: it features a gaping maw below the sound hole where it is has been strummed to the point of obliteration. Once takes the advice of no finer experts then the Beatles, who urged us all to “take a sad song and make it better.” 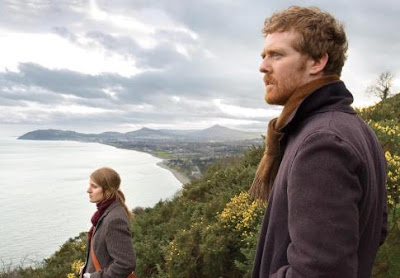 The performances in Once are extraordinary, considering there are few professional actors in the film. From the leads to the supporting players, there’s not a bad one in the bunch. Particular standouts include Bill Hodnett as Hansard’s stoic father, always wishing he could give his son more than he can; three guys (Tomek Glowacki, Wiltold Owski, Krzysztos Tiotka) who crowd into Irglova’s flat every night to watch soccer on her television; and especially Geoff Minogue as Eamon, the studio engineer who originally intends to phone it in during the recording sessions, setting the levels and reading a magazine, but who gets pulled in by the spirit of the thing and becomes a professional, an artist, and an ally by the end of the sequence.

Once’s Three Miracles: The music shop scene in which Hansard and Irglova first sing “Falling Slowly,” the song that would go on to win the Oscar and become a staple on American Idol; Irglova, pajama-clad and in slippers, walks to a local shop, listening to Hansard on her walkman and singing along; and the pair’s short motorcycle trip, in which Hansard finally asks Irglova if she still loves her husband. She responds in Czech “miluju tebe” and refuses to translate. She’s saying, “No, I love you.” 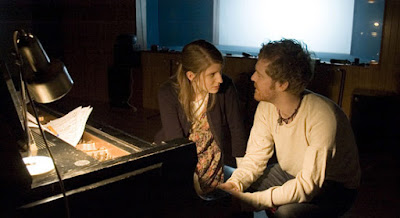 The style of Once is, by necessity, rough and gritty. The filmmakers originally sought to make a far more ambitious film but compromised when their funding fell through. Director John Carney soldiered on, using nonprofessionals and real locations and reducing the shooting schedule to 17 days. The film at times feels like an anti-musical, reveling in frustration and want and poverty and longing. That Carney and his company take these unlikely emotions and craft such an exquisite musical is a testament to their skill, talent, and tenacity. Art seldom grows from riches. Film scholar Richard Dyer, in his essential essay “Entertainment and Utopia,” suggests that musicals exist to show us a perfect world. The ending of Once is bittersweet and unforgettable, and suggests that musicals can show us the real world too.