I’m still trying to figure out why I bought this movie on DVD back in 2000.

The Entrance:
Welcome back! What is a mall movie you ask? Here’s the definition from Riske’s dictionary:

Mall Movie (mawl moovee) (noun): A movie released in the year 2000 or later that would have played at a shopping mall cinema if it were released in the 1980s or 1990s. Kitschy, genre-defined, eclectic, exploitative, incongruous, idiosyncratic, sleepover appropriate. 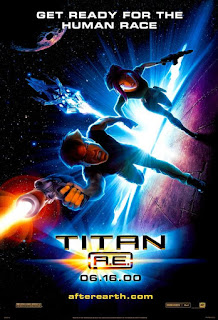 Underneath It Mall
I feel bad for Don Bluth. I used to like some of his stuff when I was younger (The Secret of NIMH, An American Tail, The Land Before Time) but boy is he bad as a storyteller when he’s off his game. Titan A.E. is maybe the most obvious example of that. To be completely honest with you, I couldn’t even finish it while I re-watched it for the column this week. I made it 54 minutes over 4 days. It’s such a zone-out movie (aka one of those animated movies that is so pre-occupied visually that it doesn’t connect as a story whatsoever and in turn causes you to eventually zone-out). I also couldn’t stand all of the gibberish dialogue like “The Titan must be somewhere on the Andali Nebula.” Or “What’s on Shesharrim?” “The Gaoul!” “Have Akima set the course.” Fuck you, screenplay. Matt Damon’s character (this was in his post-Good Will Hunting eating shit period before he landed The Bourne Identity and regained his footing) also yells “AKIMA!” maybe 400 times during the course of the first hour of Titan A.E. Ugh! 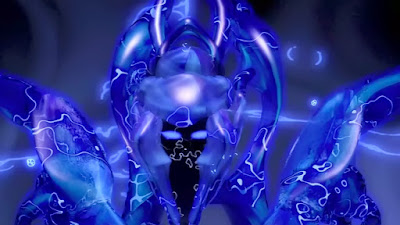 The sad thing is this is a movie I really want to like but just don’t. It’s an experiment which I love, meshing together hand-drawn animation (which I miss) that is in the style of Heavy Metal and 3D-ish computer animation. The experiment is jarring every time it switches styles, but I appreciate the effort. I read that this was an attempt to bring anime styling to animated features from the U.S., which makes sense because most adult-themed anime also leaves me cold despite me always wanting to really like it. The fact that this movie is so bad is a bummer. Its one saving grace is the song “Cosmic Castaway” by Electrasy. That song rules! I can imagine my fellow dorks, freaks, spazzes and nerds getting together at the comic book store after Titan A.E. and dissecting it for minutes before moving on to something else more interesting.

Mall Run
Titan A.E. was DOA when it debuted at the mall. It opened at #5 in its opening weekend, making only $9.3M behind the remake of Shaft (mall movie), the remake of Gone in 60 Seconds (mall movie) in its second week, Big Momma’s House (mall movie) in its third week and Mission:Impossible II (not a mall movie, played at the rich people theater) in its fourth week. No one cared about this space adventure. It was truly a dearth mall wherever it played. It finished at $22.7M, which is a multiplier from opening weekend of 2.4, which is a fuck-my-life/everyone-hates-me sized multiplier. It was a colossal bomb with a budget of $75M. It was reported that the movie lost 20th Century Fox $100M and that Fox Animation Studios shut down shortly thereafter. Good job America! You destroyed a company in a short period of time. 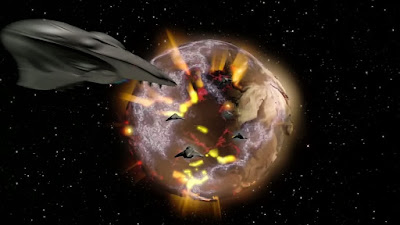 How was the trip? (Ratings go from 1-4)
Tell mom to pick us up in 1 hour! We’re leaving early. This movie’s terrible.

What’s Next at the Mall?
8 Mile, followed by laser tag and a trip to Sam Goody!