Glutton for Punishment: The Sexploiters 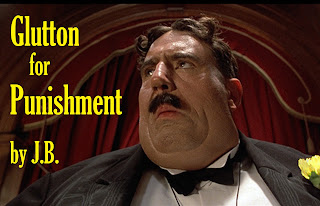 We are all interested in bad movies, inexcusable cinema, worse-than-mediocre pictures, and paying sultry women to eat ice cream in our presence, for that is the stuff we use to fill the empty spaces in our lives. You are interested in the unknown, the exotic, and the erotic—that is why you are here. And now, for the first time, we bring you the full story of some of the WORST MOVIES EVER MADE. We bring you the evidence, based only on the secret testimony of the miserable soul who survived a harsh whipping… er, I mean screening. I am that miserable soul. The absurdly low budgets, the cramped soundstages, the ridiculous plots, the thigh-high stockings—my friend, we cannot keep them a secret any longer. Let us punish the guilty. Let us reward the innocent. Remember, my friends: terrible movies such as these will affect you in the future!

I was first attracted to Retro-Seduction Cinema’s DVD release of the obscure, once-thought-lost nudie-cutie from the 1960s, The Sexploiters, because of its iconic cover art and promise of a “restoration.” Said restoration is a disappointment, though I do not know the shape of the materials with which RSC had to work. Suffice it to say that there are eight or nine jump cuts and missing words in the narration during the first minute of the film and at a few reel change points. 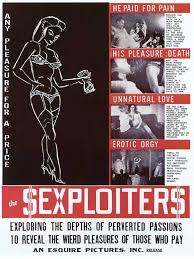 The Plot in Brief: Lynn Merrick (Terri Steele) is a bored, suburban New York housewife. A similarly bored narrator informs us that “what Lynn does” goes by many names, but one of these names is… SEXPLOITER! To liven up her day and earn a little pin money, Lynn works in the city as a freelance model. SPOILERS FOR THE SEXPLOITERS: She isn’t actually a model. It’s just a front for a thriving prostitution business (gasp!) She visits a rich client in a fancy townhouse who seems dangerous at first, but the poor guy only wants her to whip him into a frenzy—with an actual whip. Lynn beats the stuffing out of this jamoke and receives his money and blubbering thanks in return.

The “Lynn” storyline becomes a kind of clothesline upon which the filmmakers can hang assorted, non-connected erotic encounters, to wit: Another “model” takes a daring “bubble bath” for her “client.” A “wild” bachelor “party” enjoys a “striptease.” Three “models” (including Gigi Darlene from Bad Girls Go To Hell, who here eats ice cream lasciviously) pose for “photography enthusiasts” who have formed a “camera club” to circumvent laws about public “nudity.” Two “lesbians” engage in a “tryst.” A final “model” accepts an invitation to “spend time” with a “client” in “a” coffin. This last sequence is the squeamish highlight of the film, although that may simply reflect my love of old black-and-white horror films, or really any film featuring coffins. 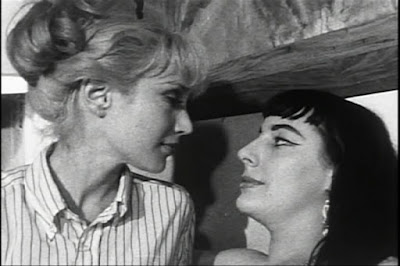 I give The Sexploiters an amount of credit for not victimizing its lead actresses; given the culture of its era, I don’t feel this is a trivial point. Many of these nudie-cuties reveal barely hidden contempt for their featured attraction— namely, the women who were broke or brave enough to strip for the cameras. It is novel that the women in The Sexploiters are not victimized; they are in control of every situation and enjoying what they do. We can argue about this, but I believe that we live in a male-dominated society. To continually see films made by men, explicitly for men, in which women are humiliated and abused is very disturbing. It is refreshing in a film from this era (era) and from this genre that Lynn beats the be-jesus out of her client in the first ten minutes of the film and NOT THE OTHER WAY AROUND. Similarly, in another scene, a hapless client is shown to be shamelessly and endlessly sexploited as he arrives to a camera club session late and without his camera, at which point the smiling, sexy secretary charges him a fine for being late and then rents him a camera and film for an additional charge. The frustrated man is penalized for his tardiness, his lack of preparation, and his sheer desperation. Ka-ching! Let me be clear: The Sexploiters is NOT A GOOD MOVIE. Yet this sequence owes something to Aristophenes’s Lysistrata, believe it or not. This may say more about me than the world of film, but men beating women is not erotic. Women beating men, on the other hand, is hilarious. 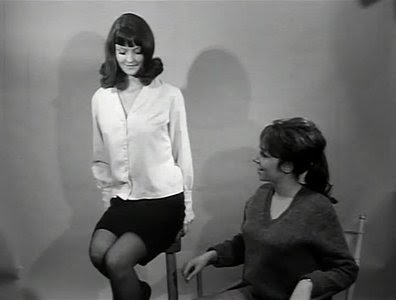 Perhaps this is merely the feeble defense of a wearied film fan aching to gain something redeemable from all the time he has spent watching irredeemable dreck, but I found it particularly true of The Sexploiters. Surely, all films are products of their times, showing the values, jargon, iconography, fashion, and mores prevalent at the time of production; but I have found that low-budget films also double as unwitting documentaries. Every time The Sexploiters steps outside its own cramped, dingy, under-lit sets and shows us the outside world, it becomes a fascinating (though skeevy) portrait of the real, unvarnished world at the time: how people drove and what the cars looked like, how people tended their lawns, how dirty New York was, how many women wore scarves, and other fascinating ephemera. NOTE: I am easily fascinated.

Proving that F. Scott Fitzgerald was wrong (WRONG!) and that some American lives do indeed have a third act, director Al Ruban went on to a successful career as producer of genius director John Cassavetes’ 1970s oeuvre. In fact, it does not stretch the imagination to view The Sexploiters as a gritty, 1960s-era (era) Cassavetes avant-garde film gone horribly wrong. All the hallmarks are here: the grainy, black and white cinematography; the shot-on-the-fly, improvised framing and camera movement; the honest, method performances; and the adult content. All that’s missing from The Sexploiters is Cassavetes… and his talent. 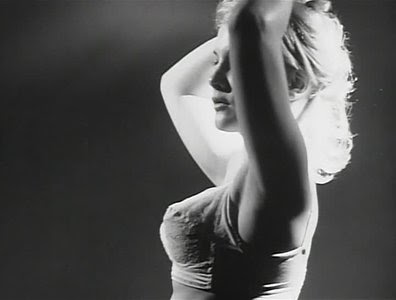 My friend, you have now read this column, based on my own sworn testimony. Can you prove that this film doesn’t exist? Perhaps on your way home, someone will pass you in the dark, and you will never know it, but she may be Gigi Darlene, fresh from Baskin-Robbins! Many scientists believe that bad movies are being filmed at this very moment. We once laughed at fire, the wheel, gravity, the electric light, and the totally-legal-not-creepy-at-all camera club. So much laughter! And now some of us laugh at very bad movies. God help us in the future.

Email ThisBlogThis!Share to TwitterShare to FacebookShare to Pinterest
Labels: glutton for punishment, sexploitation movies, the sexploiters