Happy Memorial Day weekend! With #Junesploitation kicking off next week, here are some picks for the first few days! 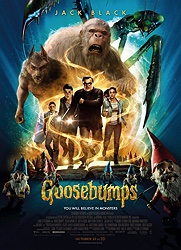 Goosebumps (2015, dir. Rob Letterman) I will fully admit that I thought this movie looked terrible when I first started seeing trailers -- a lot of CG noise when doing a horror anthology for kids seemed like a no brainer. But I also have no relationship to the original R.L. Stine books, having been either too old or too illiterate to enjoy them in their heyday. No one was more surprised than me to discover that the movie is actually pretty charming; the CG is still lousy and Jack Black's performance is...mannered...but it captures that "small town in autumn" feeling that I love in movies and has much of the spirit of some of the supernatural/monster movies geared toward families in the '80s and early '90s. If you, like me, dismissed it out of hand right away, give it a chance. I can't promise you'll love it, but I think you'll find it better than you expect.

After you've watched Goosebumps this weekend, get ready for #Junesploitation on June 1! Here are some helpful picks so you can participate! 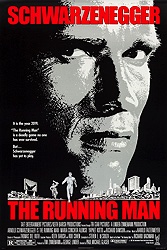 June 1: Sci Fi! - I'm a fan of Robinson Crusoe on Mars (1964, dir. Byron Haskin), but it's a little slow going for Junesploitation -- especially Day 1, when you want to start with a bang to ensure the likelihood of continuing. So instead I'll go with The Running Man (1987, dir. Paul Michael Glaser), a ridiculous Schwarzenegger vehicle from the '80s that I love. Based (barely) on a Stephen King short story, the movie is an '80s action update of The Most Dangerous Game with a sci-fi bent. The villain turn from game show host Richard Dawson is brilliant; the rest of the movie goofy and super entertaining. There's nothing funny about a dickless moron with a battery up his ass. 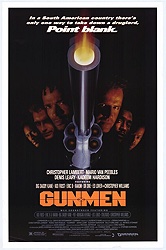 June 2: '90s Action! - Eraser (1996, dir. Chuck Russell) Arguably the end of the classic Schwarzenegger cycle, Eraser is one of his weakest efforts (those goddamn CG crocodiles...ugh) but still made with energy and enthusiasm by the once-great Chuck Russell. Plus, including it here makes this one of the only times in the history of this column that I can get away with recommending two Schwarzenegger movies in the same week. Or you could go with Gunmen (1993, dir. Deran Serafian), which I think I've recommended before and which is a terrible '90s action movie that's totally representative of the type of low budget affair straddling the line between DTV and theatrical in the early part of that decade. The cast includes Mario Van Peebles, Christopher Lambert, Patrick Stewart, Denis Leary, Kadeem Hardison and more. 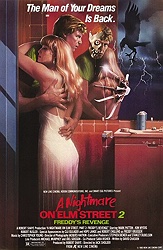 June 3: Slashers! - I'll give a mild recommendation to Some Kind of Hate (2015, dir. Adam Egypt Mortimer), which deserves credit for trying to create a new iconic slasher and mythology even if it doesn't all hit the mark. If you're more of a traditionalist, try A Nightmare on Elm Street 2: Freddy's Revenge (1985, dir. Jack Sholder), the frustrating sequel that's often referred to as being one of the gayest horror movies ever made and is somehow now being reevaluated as being a better movie than I've ever found it to be. Sooner or later it happens for every horror film.
Posted by Patrick Bromley at 12:00 PM