Cinema Bestius: The Up Series

What would you say to your seven-year-old self if you could go back in time for a visit?

The Up series of documentaries started with a single film, Seven Up!, which was directed by Paul Almond and broadcast on BBC television in 1964. 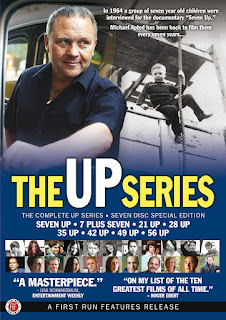 Fourteen children from different social classes were interviewed with the intent of revisiting them every seven years for further documentaries. The original purpose of the series was to examine Britain’s rigid class structure. Filmmaker Michael Apted was a research assistant on the first film and, starting with the second film in the series, 7 Plus Seven, has directed every installment since. The original two films and subsequent installments (21 Up, 28 Up, 35 Up, 42 Up, 49 Up and 56 Up from just three years ago) stand as one of the greatest uses of documentary in motion picture history. Imagine if Richard Linklater’s astounding Boyhood had been filmed over the course of 49 years instead of just twelve!

The Plot in Brief: We follow the lives of fourteen English schoolchildren from childhood to adolescence to adulthood: Andrew, Charles, John, Suzy, Jackie, Lyn, Sue, Tony, Paul, Symon, Nick, Peter, Neil, and Bruce. Charles drops out of the series after 21 Up; he actually became a documentary filmmaker for the BBC, proving life really can imitate art. Some participants—including John, Symon, and Peter—drop out for a few installments, but eventually return. Sadly, Lyn passed away shortly after 56 Up was released. Otherwise, the series has been remarkable for its ability to revisit the same group of people over such a long period of time. 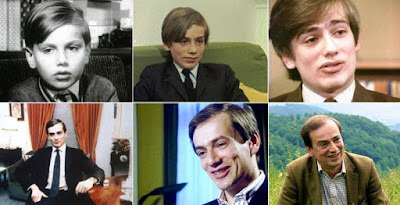 Because all of the participants are only five years older than me, I have come to regard the series as a kind of cosmic “coming attraction” for my own life. I believe my introduction to the series was 28 Up, which I remember first seeing at the Music Box Theater when I was in college. Because every installment features pieces of all the previous installments, I never felt like I was starting in the middle, though I’ve since gone back to “begin at the beginning,” which is the most effective way to track the developments in the lives of the participants.

For a brief, glorious time, all of the films were available on Netflix Instant Streaming. That made it easier to binge watch the entire series, which I still remember doing with my wife one happy week a few years back. Unfortunately, the series is no longer available on Netflix. 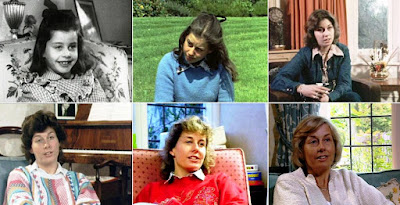 Our human lives share many commonalities, and this is the lesson the Up series imparts better than any other. Apted abandons the limiting “class structure” theme in an early installment, and chooses instead to focus on something much more elusive and therefore more fascinating. We all have doubts about the aspects and directions of our lives: our jobs, our spouses, our children, our decisions, and our future. What will make me happy? Am I intended to be happy? How can I change my situation in life if I am unhappy? These are only some of the existential questions that the Up series addresses in a frank and thoughtful manner.

In 56 Up, the latest installment of the series, Nick summarizes Apted’s ultimate achievement. The person he sees onscreen every seven years isn’t exactly him, he says. “It’s a picture of everyman. It’s how a person, any person… how they change.” Change is at the heart of every installment of the Up series: the physical changes in the children, as they grow older before our eyes, certainly; but more importantly, the changes that define their lives, that define any human life. If anything is certain in life, it’s… Well, you know. 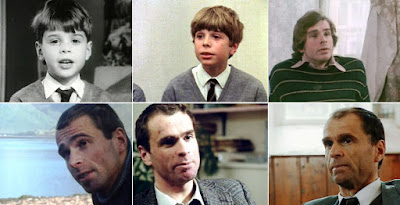 Reviewing 56 Up, Roger Ebert wrote, “If there is one lesson we can learn from this film, it is that as we grow older, we tend to grow happier and more successful. As nearly as we can tell, all the subjects have grown wiser, more useful, more pleased with the way things are turning out. I have no idea what that means. From a statistical viewpoint, it may mean nothing. But here they are in 1964, seven years old, and Michael Apted pays a call on [them] every seven years. It is a mystery, this business of life. I can't think of any other cinematic undertaking that allows us to realize that more deeply.”

The Up Series’s Three Miracles: The tenacity and patience of both the filmmakers and their subjects in sticking with this ambitious project for almost fifty years; the skill and empathy of Michael Apted in putting it all together; and the films themselves, which continually remind us that empathy is not weakness. 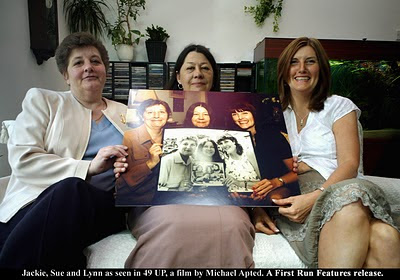 Happily, director Michael Apted has reported that he is very much looking forward to directing 84 Up… when he is 99 years old. This remarkable film series is very much a marathon and not a sprint.

Email ThisBlogThis!Share to TwitterShare to FacebookShare to Pinterest
Labels: 56 up, 7 up, cinema bestius, documentaries, michael apted, the up series