Glutton for Punishment: The Maltese Bippy 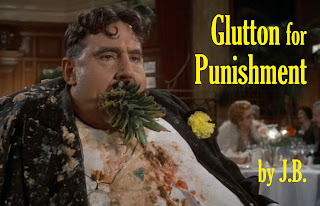 There is nothing sadder than an aging hipster.

We are all interested in bad movies, slumming celebrities, and miserable excuses for comedy, for that is the stuff we use to fill the empty spaces on Monday nights. You are interested in the obscure, the mysterious, and the impossibly dated—that is why you are here. And now, for the first time, we are bringing to you the full story of some of the worst movies ever made. We are bringing you all the evidence, based only on the secret testimony of the miserable soul who can now do little more than occasionally shout, “Sock it to me!” I am that miserable soul. The absurdly low budgets, the familiar back lots, the uninspired “acting”—my friend, we cannot keep these a secret any longer. Let us punish the guilty. Let us reward the innocent. Remember, my friends: terrible movies such as these will affect you in the future! 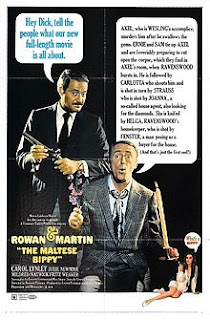 (”Bippy,” by the way, was a nonsense word that became famous on Laugh-In as part of their oft-repeated catchphrase, “You bet your sweet bippy!” See, it’s funny because it could mean anything! You know… [wink wink] ANYthing! Get it? Like your butt! Or something even naughtier! Take that, The Man!) 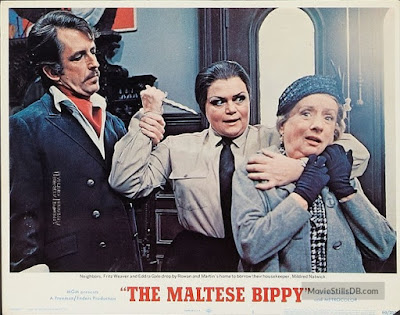 The Plot in Brief: Fledgling filmmakers Sam Smith (Dan Rowan) and Ernest Grey (Dick Martin) go bankrupt. Freeloader Smith moves in with Grey, who recently purchased a big old mansion next to a cemetery. Grey’s housekeeper Molly Fletcher (Mildred Natwick) loathes Smith. To help make ends meet, Grey takes in a boarder from the nearby college. Her name is Robin Sherwood (Carol Lynley) and she and Grey quickly fall in love.

Why does Grey howl when he’s upset? Who is responsible for the mysterious murders at the cemetery? Is that Count Dracula living next door? When will this tedious, humor-free film finally be over?

Oddly enough, none of the techniques, innovations, or qualities that made Laugh-In such a success are present in The Maltese Bippy. The film is little more than a half-hearted remake of The Cat and the Canary by filmmakers who somehow feel that they are better than the material. If they were better than the material, they could pull off a modern remake of that old chestnut with real jokes, actors who looked like they gave a damn, editing that didn’t resemble the work of a first-year film student, and sets that didn’t look left over from an episode of The Monkees. 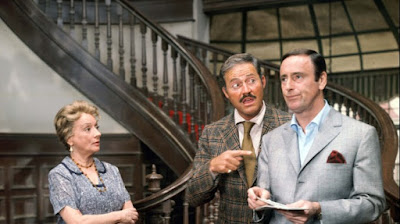 The Maltese Bippy is a yawn—at 88 minutes, it feels three hours long. I have a feeling the studio knew what it had the minute the film was finished: the first five minutes and the last five minutes have REESHOOTS stamped all over them. These little bookend bits do not resemble the rest of the film at all—in fact, they’re the only moments that make any effort at all to emulate the TV show’s offbeat sensibilities, although even that effort seems half-hearted. During the film’s opening credits, Rowan and Martin stand onscreen and comment on them; it looks a lot like the opening of Laugh-In, and has nothing to do with the film that follows. Unfortunately, their comments are pretty pedestrian. At the film’s stultifying conclusion, Rowan and Martin finally break the fourth wall, suggest the ending is disappointing (it is), and present three alternate endings. (Shades of the movie Clue here!) Unfortunately, the three alternate endings are the same hackneyed crap as the first one. It made me want to bippy someone in the bippy, and not in a good way.

This is a shame because the film has quite a supporting cast. Carol Lynley appears, three years away from appearing in The Poseidon Adventure. Julie Newmar is two years past Batman. Mildred Natwick is two years past Barefoot in the Park. Fritz Weaver is nine years away from the groundbreaking television miniseries Holocaust. Robert Reed is months away from starring in The Brady Bunch, the television show that would typecast him for life. Dana Elcar is four years away from playing F.B.I. agent Polk in The Sting. Throughout the film, there is a palpable sense that they all know that they are slumming. The Maltese Bippy is where actors go to rest their feet and collect a paycheck between better jobs. 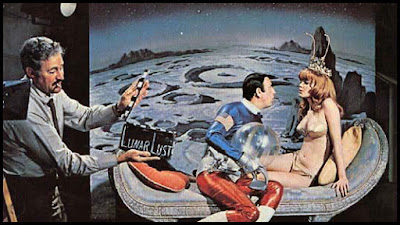 The filmmakers seem to have some degree of affection for older whodunits, but to what end? The screenwriters, director, and actors seem to think that simply going through the motions of a musty old genre is enough to qualify as a lampoon or loving tribute. It is not. You can put something up on a pedestal. You can shit on something. But you can’t do both—you’ll fall off the pedestal.

My friend, you have now read this column, based on my own sworn testimony. Can you prove that this film doesn’t exist? Perhaps on your way home, someone will pass you in the dark, and you will never know it, but he or she may be the single person who ever loved this film! Many scientists believe that bippies, both Maltese and other varieties, are being filmed at this very moment. We once staged a Laugh-In. So much laughter! And now some of us laugh at very bad movies. God help us in the future.

Email ThisBlogThis!Share to TwitterShare to FacebookShare to Pinterest
Labels: 1960s movies, glutton for punishment, laugh in, rowan and martin, the maltese bippy