As we’re coming to the end of another awesome Junesploitation, I’ve been thinking about how much these movies mean to me.

I love exploitation cinema. Don’t get me wrong, I love all different kinds of movies, but I have a huge place in my heart for what we’ve been celebrating here during the past month. These are the cinematic underdogs, the kinds of movies that major studios and the film establishment rarely give their proper due, but which have been so important to fans.

I tip my hat to the monsters, the zombies, the westerns, the blaxploitation movies, the kung fu double features, the sex comedies, none receiving the budget that they deserved, but so many somehow transcending their limitations and becoming somehow better because of those limits, defiantly refusing to be ignored. These are the genres that make late nights so much fun; somehow it just seems to work best for me in the dark hours, probably because it’s then that I can be at my most honest with myself about what I want from my entertainment and indulge my cravings. 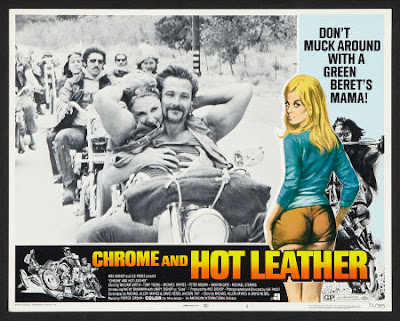 Most exploitation movies are cheap, sure, and by technical and artistic standards, are easy to point at and label as “bad.” But I’ve always felt that dismissing exploitation movies, B-films, and low-budget fare is missing the point. These movies represent who we are, what we desire, and sometimes, even better versions of ourselves. For example, I love blaxploitation movies not only because they’re filled with some of the most talented and charismatic actors ever to grace celluloid, but also because those movies represent (and sometimes predate) a much needed power shift in America. They allowed African Americans to occupy positions of power and authority -- often cops or freelance detectives, making a difference in their communities -- when that certainly didn’t reflect the reality of most. Even the films that aren’t blatantly heroic show us characters who have risen above hardships and accumulated wealth and power. The messages in these movies are still just as powerful and important as they were forty years ago, and in so many ways we’re still seeing the same struggles. I see these movies as being fun, edgy, and as relevant as ever.

These movies have so much to offer. Be it the genuinely bizarre shivers that can be derived from Italian horror, the incredible cinematography and vistas found in many spaghetti westerns, the cheesy fun of a good monster movie, or the simplified justice found in so many of the action movies from the 1980s, exploitation movies give us what we want without preaching to us about morality and evangelizing over injustices. They simply offer a different reality than our own, sometimes one that’s better than ours, sometimes one that’s much worse and makes us appreciate what we have. Most of my movie heroes come from exploitation cinema. They’re never won an award, but they’re stars of their own certain kind of movie. 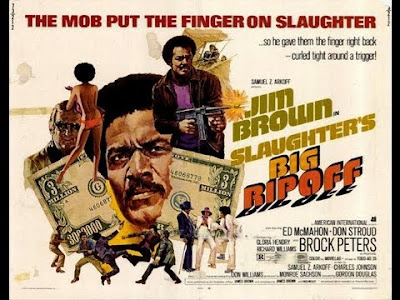 I’m an introverted person, which really just means that I tend to spend a lot of time in my own head. It also means that, while I enjoy being around people, I need solitude to recharge my battery. Spending extended periods of time in crowds eventually wears me out. When I haven’t seen an exploitation movie in a while, I start to get the same irritable feeling that I get when I’ve been in a crowd too long. Exploitation movies feed me and recharge me. I enjoy seeing what Hollywood has to offer at the multiplex, but it’s the kinds of movies we’ve been celebrating during Junesploitation that really fuel my movie fandom. This is home base for me, and these movies mean the world to me.

A few years ago I wrote something here about the future of exploitation movies where I tried to figure out where it was all going. I’m not sure how I feel about the future of exploitation anymore. I used to see exploitation in everything, everywhere. Teenage Mutant Ninja Turtles has to be exploitation for sure, right? It gives audiences the maximum amount of mindless action while also providing the least amount of actual substance. Fifty Shades of Grey is surely sexploitation. It’s aimed at a very specific audience and sets out to do a very specific thing. I used to think exploitation was even on our televisions with shows like Game of Thrones on HBO and Daredevil on Netflix, both shows that offer their audience very clear thrills and titillations: epic action and lots of nudity for the former, kung fu and gritty urban action in the latter. But the more I’ve thought about this, the more I’ve come to realize that all these movies and shows have something in common: They’re all made with millions and millions of dollars and full support from a major financial backer. The exploitation movies that I love come from the bottom, working from beneath, overcoming obstacles just to exist because the establishment doesn’t think that they should. My kind of exploitation comes from rebellion and an entrepreneurial spirit. Like Groucho Marx who didn’t care to belong to any club that would have him as a member, I think exploitation film probably belongs at the fringes. And it’s at the fringes that it still exists, often commenting on the culture that it skirts. And thank goodness, because we need them to keep us from taking all of this too seriously. As long as we have major studio blockbusters, we need exploitation filmmakers to remind us how important it is to have FUN. Sometimes it’s important to remember that, to revel in the base urges, and get scared half to death. We watch movies to feel something. That’s entertainment, and exploitation exists to make us feel something and to give us what we sometimes don’t even realize that we want. That’s exploitation…and that’s why I love it.
Posted by Patrick Bromley at 12:00 PM