In the early ‘90s, my life was all about movie swag…video games, trading cards etc.

Here were some of my most prized possessions. 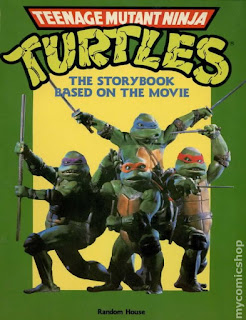 1. Teenage Mutant Ninja Turtles Movie Storybook – Oh G-D, I loved this book. I was obsessed with the Ninja Turtles back in ’90. This movie book would be great for long drives (or at least what I felt were long drives) to visit my uncle Abe in Chicago and other such excursions. The Turtles book was full of pictures so reading it was like watching the movie again and again. It was glorious. By those standards, I probably “saw” the movie 100 times back in the day. 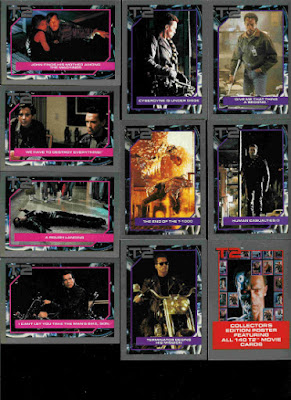 2. Terminator 2: Judgement Day Trading Cards – Since I was also collecting baseball and basketball cards at the time, movie cards were a big part of my childhood. Movie cards were great because they were just for fun. It wasn’t about how much any of them were worth (which was practically nothing) but more about buying pack after pack and trying to complete the set. The one I had the most fun collecting were the cards for T2 because they looked so badass and there was 140 of them so the process of getting them all was epic. I remember there was a baseball card store near the dollar theater I used to go to and they would always have extras of the cards I needed for practically any movie card set I was collecting. I miss that store. It ruled! 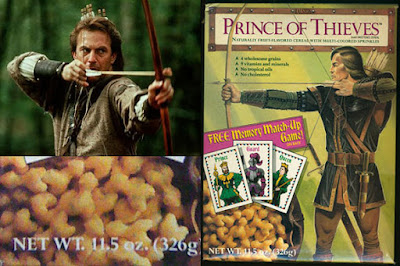 3. Robin Hood: Prince of Thieves Cereal – This is legitimately my favorite cereal of all time. It was delicious. I was so bummed when the promotion for RHPoT was over because it meant this thing was going off the market for all time. This cereal is so good that even Erich Asperschlager pointing out that the cereal’s “arrows” look like “dicks and balls” didn’t ruin it for me. Ok, maybe it did a little. 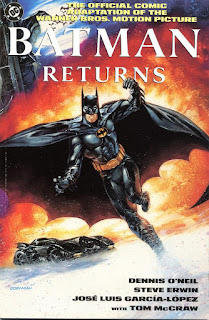 4. Batman Returns Comic Book Adaptation – I was crazy excited to see Batman Returns when it was released in summer ’92. The movie came out on a Friday and I really wanted to go opening day. I couldn’t because I had to go to my sister’s soccer game (I remember this) and run errands with my mom. To placate me, my mom let me buy the Batman Returns comic book which I read and re-read in the two days I had to wait to see Batman Returns with my family. I remember going to the comic book store and buying this book. The clerk said something like “Have you seen this?” to which I answered no. He then said “Aren’t you going to ruin the movie for yourself by reading this?” I was having none of his attitude. I probably said “I dunno,” but in my head it was more like “Shut up and bag it! Don’t judge me.” 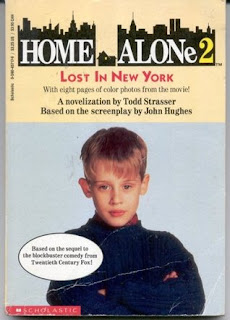 5. Home Alone 2 Junior Novelization – Remember Scholastic book orders? That was my favorite part of school. There was nothing better than book order day when you get to your desk and all your books, stickers etc. were sitting there waiting for you. The kids who didn’t get anything = assholes whose parents didn’t love them. Unfair? Yes, but that’s the law of the jungle. One of the books I got from book orders was Home Alone 2: The Junior Novelization. I remember it being really good, better than the movie. It really fleshed out the backstory of the pigeon lady. Junior novelizations were good for things like that.

6. Jurassic Park Movie Cups – When I found out McDonalds had Jurassic Park cups, I lost my shit. I had to have all of them. One of my fondest memories about these cups was going to get one right after seeing Jurassic Park in theaters for the first (of 5) times; it was like the ultimate high after seeing that masterpiece of cinema. The cups were often in my basement, where my parents had a fully-stocked bar (the previous owners of our house must have drank a lot and they left their booze behind). I didn’t do it a lot but I did take “sips” a couple of times out of my Jurassic Park cups. There was a sink in the bar so I was able to rinse away the evidence. I think most often I drank the tonic water (because I thought it looked like Sprite) and thought I was tipsy off of that. My parents read these columns, btw…so this is me admitting that to them. Sorry, mom and dad. It was all Frank’s idea. 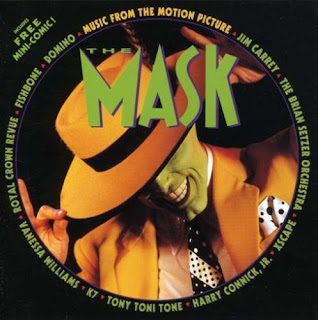 7. The Mask Soundtrack – I owned a lot of movie soundtracks in my youth but I bring this one up because it comes with the best story. I used to be a ballroom and swing dancer. You read that right. Not just for fun. I was a competitive ballroom dancer. Back when I was 17, my girlfriend at the time named Elana signed her and me up for a swing dancing class on Tuesday nights. It was a 10 week course. I was not really enthusiastic during the first few weeks of the course. Elana was a much better dancer than I was and I was trying to act too cool for swing dancing. It was annoying my teacher a bit because I wasn’t giving myself over to swing like Elana was. Cut to maybe week 6 or 7 and Elana dumped me. If you were me, do you continue to go to swing dance class? I told Elana that I was going to continue to go (because fuck her) and she elected not to in order to avoid me. During week 8, I was a sad swing dancer but my teacher seemed to be really proud of me for coming back to the class knowing that I was only there in the first place because of a girl. I got slowly better in week 8 and 9 but in week 10 something…happened. My teacher put on The Mask soundtrack and I just started dancing with reckless abandon, sometimes with a partner and sometimes just by myself. And she didn’t stop me. At all. In fact she looked at me as I was dancing my ass off and said “You’re improvising, Adam! You’re doing it.” In other words, I was getting good at swing dancing. It wasn’t robotic. Something clicked. I was like a beautiful bird on his first flight. After that I caught the bug and signed up for competitive ballroom when I was a freshman in college. It was a fun time and I remember The Mask soundtrack fondly as being part and parcel to that. 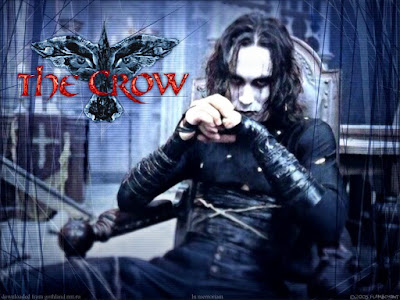 8. The Crow Sort-Of Poster – I call this one a “Sort-Of” poster because it’s not the official one-sheet for the movie The Crow. It’s one of those generic posters that they sold at the Suncoast Video at my local mall. Being that I had $13 of disposable income, I made this Crow poster mine. I remember that a lot of the posters at Suncoast came laid out on a cardboard insert (instead of being rolled) and this poster of Brandon Lee was one of them. Being an emo 12-year old, I had this poster up in my room but I just put on the floor laid up against the wall (my parents had a no posters on the wall room; I didn’t like that because I had a room full of Chicago Bears wallpaper and I would have done anything to cover that shit up). Looking back, it’s sort of weird I had a poster of a recently deceased actor in my bedroom. It’s like “Welcome to Adam’s world! He’s a happy kid. Just ask the dead dude in the corner.” My dizzy head was conscience-laden. 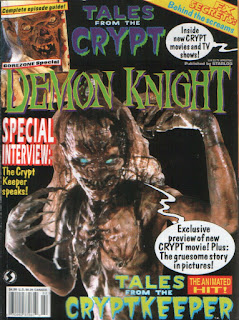 9. Tales from the Crypt: Demon Knight Movie Magazine – I adored this special issue of Starlog magazine dedicated to all things Tales from the Crypt. It was released in late ‘94/early ’95 to coincide with the release of Demon Knight and I must have paged through it a hundred times in the first couple of months I owned it. As you can see from the picture, the real get with this magazine was that it not only had a preview of the new film but also contained a complete episode guide to HBO’s Tales from the Crypt, which is one of my favorite shows ever. As with many of the items in this column, I misplaced the magazine over the years (or threw it out while cleaning my room). I stumbled upon it at the Portage Theater about 5 years ago at a movie marathon and I was all ready to buy it again and then (as if fated by G-D himself) some piece of shit bought it right as I was walking up to the dealer to pick it up for myself. I see it’s only $10 on eBay. I’m gonna buy it right now.

What are some toys from 1990s movies that you owned as a kid and were all about?

Coming Next Week: Is Ghostbusters 2 really a bad movie?
Posted by Patrick Bromley at 5:00 AM