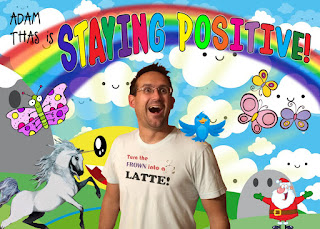 Since 1997, I’ve had a Love/Hate relationship with Mortal Kombat: Annihilation as one of the worst movies I’ve ever seen in the theater, while also being one of my favorite movie going experiences.

I haven’t seen it since opening night in 1997, but don’t think I was eager to see it. It was a Friday, some friends and I were looking for something to do, so we found ourselves in a sold out show of Mortal Kombat: Annihilation. The movie was terrible, but what made the experience so memorable is about 20 minutes into the movie every person in the theater also realized the movie was a piece of shit. For the remainder of the movie, the audience took turns making fun of it as the entire theater laughed hysterically. I had so much fun, and it was this beautiful sequence of events that led to something I’ll probably never experience again. Well, now nearly 20 years later I decided to put down the controller to my Sega Genesis and try some Fatalities as I find some things to like in 1997’s Mortal Kombat: Annihilation. 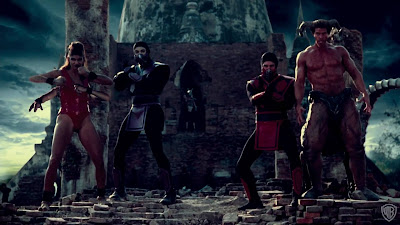 The MK:A (Check out my badass shorthand!) plot revolves around people from the Earth Realm having only seven days to defeat members of Outland before the two realms merge, allowing Shao-Khan to become ruler. Because Earth Realm is filled with humans and Outland is filled with mystical(ish) creatures with special powers, we are naturally rooting for the humans. The pacing of this movie is insane, and I don’t mean slow. You can pretty much set a watch to four minutes before the next bad guy shows up who needs to be fought, so if you signed up to watch an action movie the movie completely delivers and then some. Each fight scene is at the exact same level as a match in Mortal Kombat in regards to time. It’s pretty much four minutes of either a character traveling somewhere or moving the plot (if that’s a thing) and then 3-4 minutes of characters fighting. Rinse. Repeat. There is actually something soothing about the predictability of MK:A.

With so many fight scenes, there are bound to be some stinkers in there and the difference between the good and bad ones mostly revolve around the actors or actresses doing the fighting. There are essentially two types of actors in MK:A: the person who is trying to get into the movie business, or the person who is a badass martial artists and was signed on to do this movie. For example, you have moments where JJ Perry, a stunt coordinator and martial artist, fighting someone like Robin Shou (Liu Kang) and the fights are great. Then four minutes later you’re in a fight scene where Lynn “Red” Williams -- a former American Gladiator -- is literally just swinging fake punches at CGI characters. When it works, it works well enough for an action movie fan like myself. 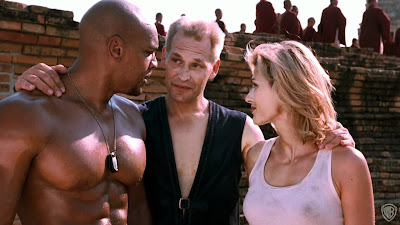 On a deeper level and as more than just an action movie, I feel like the writers and director were really trying to do something regarding a complete story. They WANT to create an entire world with all these characters and a story that would make you be invested in the outcome. In the video game, there is a semblance of a story to it even though it is just a fighting game. The movie version tweaks some of the story and does make a legitimate attempt to expand on an already existing mythos. It’s this existing story and fan base that makes me wonder about the movie the most. Like most kids in the '90s, I played Mortal Kombat on occasion, but I also knew kids who spent their Saturday afternoons at the arcade lined up to play it. As a semi outsider to the video game, I found myself watching a movie filled with costume after costume and fight after fight of people and characters I didn’t know. I couldn’t help but wonder if I was a fan of the game would this movie have been a payoff? I really don’t know because the closest I can equate it too is someone like Cyclops being teased in the X-Men Origins: Wolverine trailer and finding out he shows up for five seconds. However, the reason that upsets me as a comic fan is because I know there is more to Cyclops than what is on the screen, and I feel cheated that I was lured into the theater with the promise of more. With MK:A when a character is introduced, for no matter how short a time, any development of the character is more than I would have gotten in the video game. It’s the oddest thing about this movie that almost takes place in a bubble, as I can’t find another movie -- including video game movies -- to which I can equate it.

I’ve spoken in the past that there are movies out there where it is clear that no one involved with the movie cared at all about the movie. It’s VERY clear that MK:A was a money grab after a moderately successful first movie, but I do think there are people involved with this that are honestly trying to make a good movie. Not to keep picking on Lynn Williams, but he’s a perfect example of what to like and hate about MK:A. He’s given shitty things to say that border on racist as the token black character. His fight scenes are terrible and he’s not a very good actor… but hell if that guy isn’t trying his ass off. Unfortunately, though, wanting and trying doesn’t make a good movie and MK:A is filled with that. 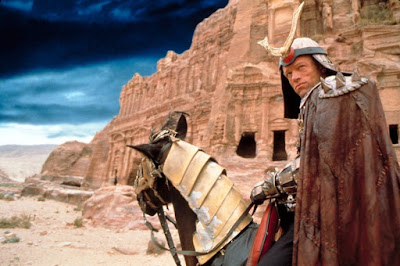 There is a TON of Mortal Kombat media out there. After the original movie and Annihilation were not well received there was a short lived TV series, but that, too, failed and we haven’t seen much of the Moral Kombat franchise until 2010 when a web series called Legacy started. Legacy has been well received enough that it appears James Wan is now working on a reboot of the series. Hopefully they will transform the movie into something more than a money grab filled with fan service. Annihilation is not good, and I don’t recommend it to anyone, but watching it this time I did feel like there was something there that could be great if put into the right hands. Hopefully James Wan can put together a team to finally gets it right.