In honor of my trip out to L.A. this week, here are some L.A. movies to watch on Netflix this weekend! 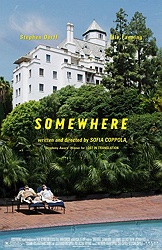 Somewhere (2010, dir. Sofia Coppola) This movie is...polarizing. I get anyone not liking it. It's slow and ponderous-slash-pretentious. Stephen Dorff is a movie star living at the Chateau Marmont and drives a motorcycle around in a circle for, like, a long time because HE'S NOT REALLY MOVING FORWARD DO YOU GET IT? But if you can tune into Sofia Coppola's wavelength, Somewhere has the potential to cast a spell. It did for me. I have also never gone back and revisited it, so there's that. 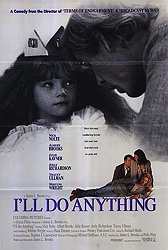 I'll Do Anything (1994, dir. James L. Brooks) I so want to be a fan of James L. Brooks' movies and the way he presents life as messy -- a mix of comedy and drama acted out by messy characters whose lives are a mess. And I do like several of his movies (Broadcast News most of all, because I'm not a monster). But I also think I've outgrown some of his most obvious writing, and the fact that I really didn't like How Do You Know doesn't help with my overall estimation of his work. I'll Do Anything, his flawed but well-intentioned 1994 effort, falls somewhere in the middle of his filmography -- there is greatness in it, but a lot of it doesn't work. As a portrait of the life of an actor trying to make it in L.A., the movie doesn't have a whole lot new to say but at least feels like it's being said by someone who has been through it and knows this world from the inside. Fun fact: this was conceived, written and even shot as a full-fledged musical before test screenings urged Brooks to cut the songs. I so wish I could see that version of the movie, if only to hear Nick Nolte sing. I picture it sounding like Leonard Cohen swallowing ash and broken glass. 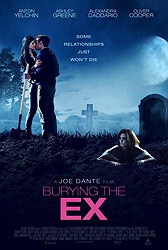 Burying the Ex (2014, dir. Joe Dante) I know I didn't exactly love Joe Dante's most recent movie when I reviewed it last year and yet have recommended it in this space more than once now. It seems to fit this week's theme, given how much Dante wanted to make a movie about people who live in LA and who do all the cool shit that LA movie fans do, like go to the Hollywood cemetery or see a movie at the New Beverly. The tragic passing of Anton Yelchin will make this more difficult to watch than it was a year ago, but I also suspect it will be even more rewarding. 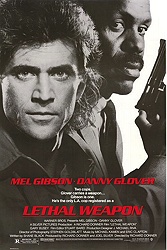 Lethal Weapon (1987, dir. Richard Donner) Shane Black loves to write about L.A., and his first produced screenplay is one of his best on the subject. It's also one of the best buddy cop movies ever made and one of my favorite action movies of the '80s. The movie is dark and aimed at grown-ups. Mel Gibson's Riggs is at his crazy best, not yet the goofy prankster he would end up being in subsequent movies but a genuinely suicidal madman. I'm enough of a fan of the series that I can enjoy even the second two films in the franchise (both of which are also on Netflix), but I draw the line at Lethal Weapon 4, a movie that seems to be made up as it goes along and which trashes a lot of my goodwill for the previous installments. Oh well. The original is still awesome.

And now, a guest recommendation from Mark Ahn! 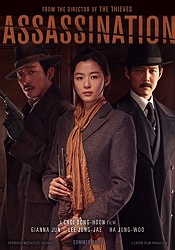 Assassination (2015, dir. Dong-hun Choi) Director of another Korean crowd-pleaser in The Thieves, this time director Dong-hun Choi has tackled Korean historical espionage, covering the political machinations of insurgent Koreans against the entrenched authority of their Japanese rulers. Lots of fun, although the plot can sometimes twist and turn in ways that defy an audience's ability to keep up, but we get to look at Jun Ji-hyun again for two hours.
Posted by Patrick Bromley at 12:00 PM