Better Than This Summer: Summer 2002 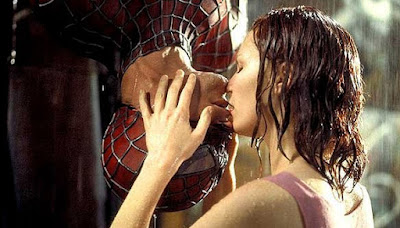 More than any of the past summers I've covered in this series, 2002 bears the closest resemblance to the movie summer in which we currently find ourselves. It's more focused on big movies than mid-range -- though those do still exist in 2002 -- and it's got both superheroes and Jason Bourne, both of whom are still going strong today. The major difference is in the variety of options and the willingness to make movies for an adult audience. Foreign markets weren't yet dictating the movies getting made, DVD sales were still going strong and Marvel hadn't yet introduced the "shared universe" idea that's drowning out what little originality Hollywood has left. What gives it the advantage over this summer more than anything, though, summer 2002 saw the release of a lot of good movies.

Spider-Man (dir. Sam Raimi) Though we had the Batman movies in the '90s and Bryan Singer's original X-Men in 2000, we can really point to the first Spider-Man as the film that launched our current superhero-driven marketplace. This was a movie that broke through to everyone, making comic book movies accessible to the mainstream while still honoring all of the lifelong fans who grew up loving the character and the comics. It's not necessarily "better" than many of the comic movies we get today, because those have maintained a fairly consistent quality (for better and for worse). If the original Spider-Man has an advantage over the current crop of comic book adaptations, it's that it felt new and exciting in 2002. Few comic book movies are able to do that anymore. Also, how messed up is it that we're just 14 years post-Spider-Man and this summer got our first glimpse of a third rebooted iteration of the character. 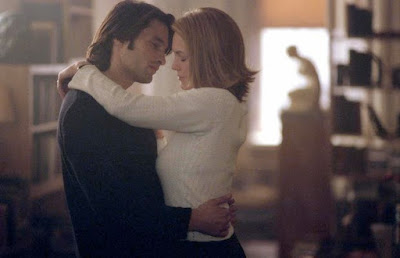 Unfaithful (dir. Adrian Lyne) While not a great film, this very adult thriller -- released as counterprogramming to Spider-Man -- features an incredible Diane Lane performance, some genuinely sexy scenes and a plot that, for better or worse, doesn't always go where you think it might go. Richard Gere does good work cast against type and Adrian Lyne makes the movie stylish without going too sleazy. Because of the director and the subject matter, I think it was too easy to label the movie a kind of Fatal Attraction redux with the roles reversed, but that's dismissive. This isn't just a generic thriller, but rather a psychological drama about a woman in conflict with her own desires. Seriously, Diane Lane is so good in this. We're just over a decade later and there is no way in hell this kind of R-rated adult drama gets released by Fox in the summer.

About a Boy (dir. Chris Weitz, Paul Weitz) Released the same weekend as Star Wars Episode II: Attack of the Clones -- still the worst of the prequel trilogy -- this adaptation of Nick Hornby's novel features Hugh Grant's best performance, a terrific Badly Drawn Boy score and introduces the world to young Nicholas Hoult, who would go on to be a leading man and date Jennifer Lawrence. The Weitz brothers make a huge leap forward stylistically after the flat barely-competence of American Pie, turning in what I think is still their best work. It got turned into an NBC sitcom a few years ago that I never watched. 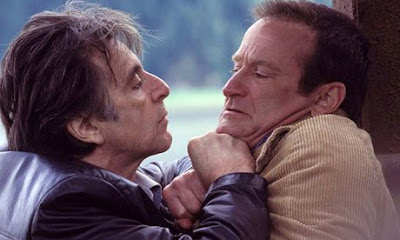 Insomnia (dir. Christopher Nolan) Christopher Nolan's first big studio movie post-Memento is usually mentioned alongside The Prestige as his most underrated film. It's a remake of Norwegian director Erik Skjoldbjærg's 1997 film of the same name, only with the setting changed from the Norwegian arctic to Alaska, where the sun stays up for nearly 24 hours a day. While less subtle and internalized than the original, Nolan's adaptation is still a very good psychological cop drama with an uncharacteristically subdued Al Pacino performance and a very impressive turn from Robin Williams in the first of two villain roles in which he appeared this summer. The film is quiet and measured and about grown up ideas -- things we rarely get in summer movies this year.

The Bourne Identity (dir. Doug Liman) The first entry in the Bourne series -- about to get its fifth installment in the form of this summer's Jason Bourne -- is still my favorite in the franchise. While Paul Greengrass basically rewrote the language of modern action films with his first two sequels, the first film is the only one that felt new when it was first released, all the way down to the casting of Matt Damon as an action hero. I like Liman's approach to directing action, which is grounded without ever being "gritty," and the romance with Franke Potente gives the first installment a beating heart that the leaner, bleaker sequels would lack. 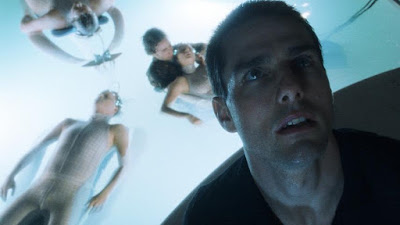 Minority Report (dir. Steven Spielberg) One of the biggest surprises of assembling this list is the realization that five or six of the big summer movies released in 2002 were rated R, because that very rarely happens anymore. I still have several issues with Minority Report, but it's a very good sci-fi movie that actually presents some ideas and manages a reasonably compelling mystery at the same time. The world building is impeccable and the film makes a good middle chapter to Spielberg's interesting trilogy of incredibly dark sci-fi blockbusters from the early 2000s.

Road to Perdition (dir. Sam Mendes) I think the 2002 me was more impressed with this film than the 2016 me because of its pedigree: Sam Mendes was coming off of winning the Oscar for directing American Beauty, Tom Hanks is fucking Tom Hanks, Conrad Hall did the cinematography (his last credited film, I believe), plus Paul Newman and Jennifer Jason Leigh (sort of) and Jude Law and a pre-fame Daniel Craig. It's another R-rated blockbuster pitched at adults -- one that takes its time and sets a mood and gives room for performance and character -- and what was fairly commonplace in summer 2002 would be a total anomaly now. I have no idea if the movie holds up because I've never really be compelled to revisit it (though I remember it being very beautiful), but the fact that this was a summer movie is practically unfathomable now. 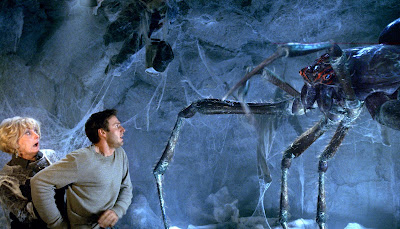 Eight Legged Freaks (dir. Ellory Elkayem) See, they also released really fun shit in 2002! This horror comedy about an attack of giant spiders isn't quite Tremors, but at least feels like a spiritual successor. It has a goofy sense of humor and pretty fun effects (though I have no idea if they hold up because I haven't seen this movie in over 10 years) and a young Scarlett Johannsson back when she seemed like an actual awkward young woman. This feels like a summer '99 movie (like a Lake Placid or Deep Blue Sea) in that it's a genre movie that knows just what it is and succeeds at being the best version of that.

Signs (dir. M. Night Shyamalan) I know that it's no longer very popular to like Signs because glasses of water and why would aliens come to a planet with so much water if they can't handle water (we say, assuming that the aliens have come in contact with water before and therefore know that it kills them but still make the mistake to come here anyway instead of accepting that they may not know what water is or what effect it has on them). But goddamn if this movie didn't play in 2002; I'm not ready to declare it Shyamalan's best, but it's the movie that finds him at the peak of his powers as a filmmaker. To prove it, he would go steadily downhill from here. Complain about some of the twists and script developments all you want, but it's an incredibly well made, well acted film with some great, great scenes. I remain a fan.

Spy Kids 2: Island of Lost Dreams (dir. Robert Rodriguez) Look! Another kids' movie without talking animals or CG animation! This, for me, is one of the true pleasant surprises of Summer '02: a sequel to a movie that was fun and cute but not something I loved that introduces new characters and way more ambition and imagination. This is Rodriguez paying tribute to the movies he grew up loving. It's delightful, and it's easily the best in the series and arguably one of the best things Robert Rodriguez has ever done. 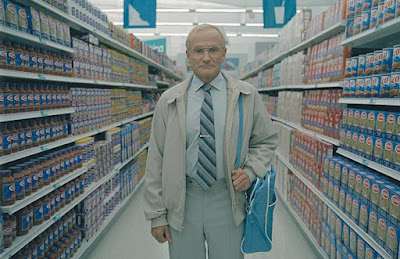 One Hour Photo (dir. Mark Romanek) Released in the waning days of the summer movie season, Mark Romanek's One Hour Photo casts Robin Williams as a creep who becomes obsessed with a family after developing their pictures. This and the next film on the list are good examples of titles cast off by studios at the end of summer because they don't know where else to fit them in, but that's where the most interesting stuff come sometimes sneak through (not always, because sometimes a Highlander: Endgame is just a Highlander: Endgame). This is a dark, messed up movie that's a shade pretentious in that very specific film school way, but at least offered an alternative to the bigger budget summer stuff. We still get movies like One Hour Photo in the summers sometimes.

Undisputed (dir. Walter Hill) Any summer that gets a Walter Hill movie is going to be better than a summer that doesn't. This isn't among his best work, but it's a typically hard-boiled badass Walter Hill movie about a prison fight between two rival cons (Wesley Snipes and Ving Rames). Though the tone and the goals are completely different, this one is like Eight Legged Freaks in that it's an example of a smaller genre movie executed just right.