Better Than This Summer: Summer '82 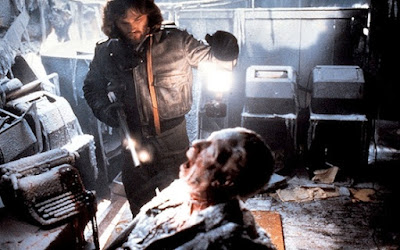 This one is probably unfair, because I don't know if any summer can compare to the summer of '82.

1982 is my favorite year for movies ever. There is a reason why it was chosen as the theme for our first-ever F This Movie Fest. Several of my all-time favorite movies hit theaters during the summer of 1982, and the insane number of now-classic films released in just this four month period is pretty much unparalleled in any summer since. I know there's just realistically no comparing this summer's crop of disappointing product to the best summer in movie history, but just looking at what was released that year might help to highlight the fact that just because something is a "summer movie" doesn't mean it can't be one of the greatest things ever.

Conan the Barbarian (dir. John Milius) The thing that I love most dearly about 1982 at the movies is that it's really the first year that the impact of Star Wars had fully trickled down to the rest of Hollywood, leading to a glut of genre movies both mainstream and independent. There was fantasy, science fiction and horror all in giant doses and many made on a large scale and with the full resources of major studios behind them. One such movie is Conan the Barbarian, a sword-and-sorcery epic made for Universal. The great John Milius directs Oliver Stone's script based on the legendary Robert E. Howard creation, and the result is not just one of the few R-rated fantasy epics but also the movie that propelled bodybuilder-turned-actor Arnold Schwarzenegger to stardom. That alone makes it a classic worth remembering, but the movie is also kickass to boot. 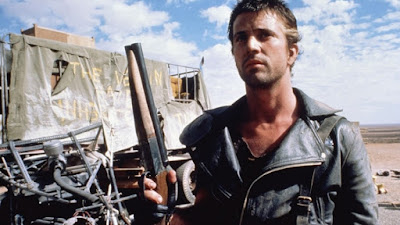 The Road Warrior (dir. George Miller) Sure it was released in 1981 in its native Australia, but we here in the US didn't get Mad Max 2 until May of 1982. What a way to kick off the best summer for movies ever. If this and Conan were the only genre classics we got this year, it would be a summer to remember. Instead, we were just getting started.

Dead Men Don't Wear Plaid (dir. Carl Reiner) This underrated Steve Martin comedy is proof that just because special effects films happened to rule the box office in summer of '82 doesn't mean that smaller, sillier movies had no place. Martin plays a detective solving a case in a movie that uses clips from 20 classic noir films and incorporates them into the plot. The gimmick works better than it sounds. 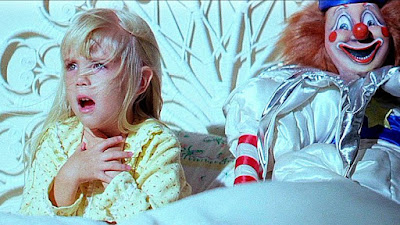 Poltergeist (dir. Tobe Hooper) While Poltergeist may be my fourth or fifth favorite Tobe Hooper movie, it's still a great horror film and a legitimate classic -- just one of many released during the summer months of 1982. The controversy over who "really" directed it will never go away, but that ultimately doesn't matter. What matters is that we have this movie and will always have it. Between this and E.T., the summer of '82 is where the "Spielberg aesthetic" was formally codified, and it's amazing that it was shaped by two movies that are very, very different in their goals. Poltergeist may be a PG-rated "family" movie, but it's an unbearably intense and fucking brutal horror film that reminds us of a time when wide release movies were aimed at grown ups and kids were expected to keep up -- not the other way around, which is what we have now.

Star Trek II: The Wrath of Khan (dir. Nicholas Meyer) Released THE SAME DAY as Poltergeist (because in 1982, Hollywood was kicking out classics two at a time), the second movie in the long-running Star Trek film franchise remains the greatest Star Trek thing ever produced. Just compare it to its unofficial remake, 2013's Star Trek Into Darkness, to see how far this kind of summer movie has fallen. Hopefully Star Trek Beyond is a step in righting the starship.

E.T. The Extra Terrestrial (dir. Steven Spielberg) Here's the granddaddy of all summer '82 films -- the one that defined not just a season, but an entire year of cinema. It's not fair to say that this summer is somehow "less than" because it hasn't produced an E.T., because E.T. is one of those once-in-a-lifetime movies. No other summer has produced an E.T. But its inclusion in the summer of 1982 -- which saw the release of many classics -- elevates this crop of movies even higher that it would otherwise be. Hard to imagine, I know. 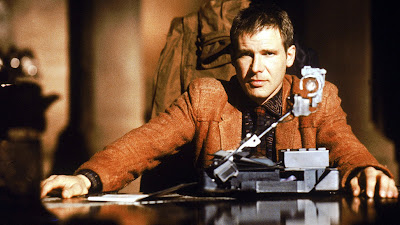 The Thing (dir. John Carpenter) Again, this came out the same day as Blade Runner. Wrap your fucking head around that. Two of the best movies of all time both hit theaters the same weekend, and both of them were box office disappointments at the time probably because E.T. was busy crushing everything in its path. Carpenter has talked time and again about the critical and audience rejection of his greatest film in '82, both because it was the summer of E.T. and they didn't want to see evil aliens and because the movie is just so extreme and gross and bleak that of course it would fail. So anytime a movie you love doesn't find an audience in theaters, just tell yourself that in 1982 we squandered a weekend in which The Thing and Blade Runner opened together. History may once again prove you right.

The Secret of NIMH (dir. Don Bluth) I like what Pixar is doing as much as anyone, mostly because they make movies that are entertaining and resonant for audiences of all ages (most of the time). Other animated films of this summer such as The Angry Birds Movie and The Secret Life of Pets are far less concerned with your enjoyment. But once upon a time, children's animated films could be weird and super dark and even a little bit scary. That's The Secret of NIMH, a Don Bluth joint that gave any kid who saw it in the early '80s major nightmares. It's another side effect of the genre-driven marketplace of the time; something like The Secret of NIMH could concern itself with being a dark and mature fantasy film first and an animated kid's movie second. And despite the presence of talking animals -- now a staple of computer-animated kids' movies -- there isn't a poopie or fart joke anywhere to be found. 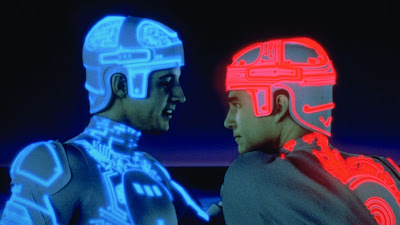 Tron (dir. Steven Lisberger) I know that Tron is not a great film, but goddamn if it doesn't really try to be. The effects feel groundbreaking, the ambition unrivaled in even the best that summer '82 has to offer. The resulting movie is uneven but full of ideas and creativity, not pandering cynicism. Watching Tron is downright refreshing in the context of most blockbusters these days.

The World According to Garp (dir. George Roy Hill) Summer '82 wasn't all sci-fi and fantasy. It also offered this weird, dark and very adult drama based on John Irving's novel. These kinds of movies still exist today (just look at this summer's Swiss Army Man), but they're rarely produced and distributed by major studios like Warner Bros., who once upon a time were willing to take chances on mid-budget, adventurous fare like this.

The Last American Virgin (dir. Boaz Davidson) The success of Porky's in 1981 ushered in a new era (era) of teen sex comedies, which would later give way to the filmography of John Hughes. They started out grittier and sleazier, though, like this American remake of writer/director Boaz Davidson's Lemon Popsicle series of sex comedies made in Israel. It is simultaneously one of the worst teen movies of the '80s -- crude and stupid and immature -- and one of the best in the way that it addresses the consequences of sex and looks at young heartbreak without flinching. 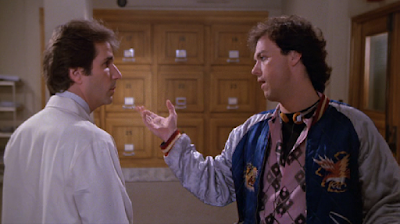 Night Shift (dir. Ron Howard) The first major studio effort from a post-Corman Ron Howard is the rare dark comedy that manages to be really upbeat and commercial. Henry Winkler gets to break from his typecasting playing the straight man to Michael Keaton's breakout role as Billy "Blaze" Blazejowski, a tornado of comic energy. It's not an all-timer like so many of the other titles released in the summer of '82, but it is a minor classic that has stood the test of time.

Fast Times at Ridgemont High (dir. Amy Heckerling) What's that? You were worried that not enough legendary movies were released in the summer of '82? How about what is arguably the greatest teen movie of all time -- the movie that launched dozens of careers and has been endlessly imitated but never replicated? So many classic characters, so many classic scenes. Fast Times can be very silly and very sweet, but more than anything is just very honest and matter-of-fact about what it means to be a teenager trying to navigate the world during high school.

Friday the 13th Part III (dir. Steve Miner) I mean, some of these picks are just nostalgic personal favorites. There's no way to defend the inclusion of 3-D Jason other than to acknowledge that it's a lot of fun. RIP Shelly. 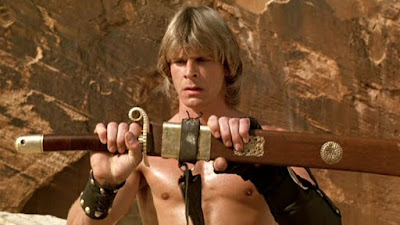 The Beastmaster (dir. Don Coscarelli) It makes sense that summer '82 kicked off with Conan the Barbarian and more or less ended with a Conan imitation. The movie was taken away from director Coscarelli in the edit and made arbitrarily longer by stretching out every shot (for real), but The Beastmaster has imagination to spare and serves as yet another reminder of just how wholly genre weirdness was embraced in '82. The film would eventually become a punchline as a result of just how often it aired on cable (the old joke goes that HBO stands for "Hey, Beastmaster's on!"), but it deserves its place in this very special summer of movies.
Posted by Patrick Bromley at 12:00 PM