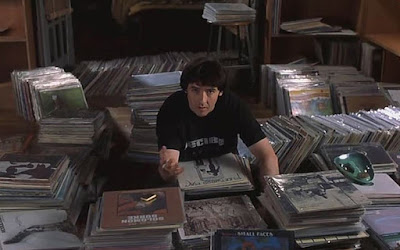 “What came first, the music or the misery?”

Collectors are a strange bunch. We’re fetishists who obsess over organization and arrangement, meticulously cataloging what we have and searching tirelessly for what we don’t. It’s a very specific kind of crazy that often provokes raised eyebrows and patronizing questions. But Stephen Frears’ 2000 film High Fidelity understands us. It’s about a collector’s need to create patterns and relationships between his life and the art he holds so dear. It’s about the ways we use art to fill in the gaps in our souls. But while High Fidelity’s attitude toward pop-cultural pretentiousness reads especially prescient in the years since its release, its true gift is in how it approaches the connection between art and ego, how the art makes us feel about ourselves. Obsession breeds expertise, and expertise breeds certainty. For High Fidelity’s hero, however, questions about love and life aren’t answerable through evaluation and expertise, but rather embracing the unknown and taking some risks.

Thirty-something record store owner Rob Gordon (John Cusack) is burnt out on relationships. His latest catastrophe is Laura (Iben Hjejle), who we meet just as she’s packing up her things and heading out the door. Rob laments the failure of yet another romance and wonders (aloud to the audience, of course, because Cusack) if he’s doomed to repeat the same cycle of love and loss forever. His only refuge is his store, manned by Musical Moron Twins Barry and Dick (Jack Black and Todd Louiso). The three circle the wagons and return to their daily routine of harassing customers, shitting on popular music, and committing other acts of fascist culture snobbery. In their world of indexes and rankings, What You Like is far more important than what you are like. Everything can be listed an collated, including relationships: High Fidelity quickly becomes a journey through Rob’s Top Five Breakups of All Time and a dissection of the various wrongs wrought upon him by each and every one of those women.

Take Alison Ashmore (Shannon Stillo), Rob’s junior high crush. Two hours of making out every day after school for almost an entire week before Kevin Bannister had to swoop in and ruin the fun. Or Penny Hardwick (Joelle Carter) from high school. Penny would have been great if she’d have just whipped a little pelvic action at Rob every now and then. What’s the point there? Next comes Charlie Nicholson (Catherine Zeta-Jones), College Girl Intellectual. Charlie was bright and fun and gregarious and intimidating and ruthless and suddenly leaving him for Marco from her design department. Sarah Kendrew (Lili Taylor) took him in next, and together they formed a glorious bond of convenience that stood firm and true until she unceremoniously dropped his ass for someone better. Finally, there’s Laura, a laid-back blonde who totally sold out to corporate America and left Rob with nothing but a few thousand records and an empty apartment. But at least he has his integrity, right?

It’s through Rob’s petulance and immaturity that we begin to realize High Fidelity is actually a thorough critique of its protagonist, and that the only sins these women committed were growing up and moving on. Rob has always been static and passive in his relationships, letting each one flow over him in the same way his favorite songs have his entire life. There’s an essential imbalance here: each of these women was asked to live up to his standards while simultaneously ignoring all of his flaws. Again, consider the parallel this creates with his music: The Unassailable Critic sits back and defines the terms of his experience while bringing nothing to the table himself. He can simply choose not to engage, almost like skipping a track on a record. As he realizes late in the film, he’s always lived with one foot out the door and one eye furtively angled toward his next conquest. It’s no wonder that within weeks of Laura’s return, Rob starts making mix tapes for Caroline Fortis (Natasha Gregson Wagner), a journalist from the local paper who thinks his Top Five attitude is cool but has no idea of what kind of baggage comes with it. 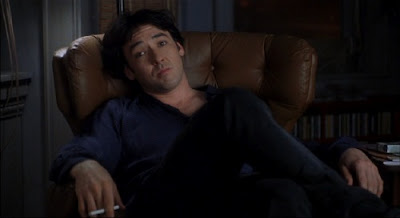 The root of the issue, like most of any importance, lies with ladies’ underwear: Rob wants lingerie every night. He only wants the bubble, the fantasy, the first part of the relationship. The rest of it requires vulnerability and compromise, two things that just don’t fit in his critical consciousness. More importantly, the rest requires him to examine who he is and how he can improve. This might seem only natural, but consider Rob’s self-identity: all he has is his opinion. His only substantive contributions come in absolutes: this is the Number Three best album ever made; these are the Top Five songs about cars; this is the Worst Mac and Cheese Ever. His opinion lends him social currency with Barry and Dick and helps him get Marie DeSalle (Lisa Bonet) into bed. To be wrong, to leave wiggle room, to concede the high ground, would fundamentally alter his perception of himself and take away the one thing he knows to be true. Consider his open admission that the thoughtful, introspective persona he puts on for Marie is completely affected and convenient for his larger purposes. It’s all fleeting. None of it is real. 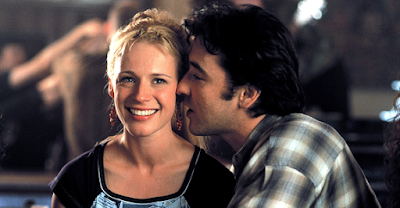 Rob finally realizes that his cycle will never end if he doesn’t try something different. And so by branching out of their comfort zones, our Professional Appreciators might find a sense of vulnerability and stop acting like the unsung heroes of a war no one is actually fighting. Barry, for example, is recruited by a rock band and plans his first gig. Dick finds a fellow music fan in Anaugh Moss (Sara Gilbert). Both take just enough of a baby step out of their usual dynamic to signal that they’re ready for real change. Rob’s shift is a little tougher, though, and it begins when he asks Laura to marry him. She says no (she’s no fool), but acknowledges the important risk he took by asking in the first place. Not only that, but he’s planning to produce a record with The Kinky Wizards, the band made up of the Little Skate Fuckers from outside his store. For the first time, Rob is opening himself up to criticism and acknowledging his imperfections in real and honest ways. He’s seeing things rather than ranking them and asking questions rather than preaching sermons. Most of all, he’s taking the lingerie with the washed-out cotton stuff and discovering that both are actually pretty great.