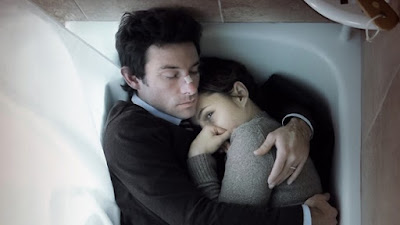 Get weird with me.

Equally loved and hated for its less-than-traditional narrative style, Upstream Color is a film that, when broken down to its core bits and pieces, is a lot easier to understand than it lets itself appear. More than a story about love, theft, or murder, it’s a film that quietly asks, “play this game of follow-the-psychotropic-neurotoxin and just accept that things are going to get a little weird.” Instead of creating a movie with plot points that are set by character’s actions, Shane Carruth—who not only stars alongside Amy Seimetz, but also wrote, directed, and composed the score—relies on non-human factors to serve the meat of the story; meat that resonates on a deeper level than ego. The human characters are just there to serve as a feedback loop within a greater conversation of fate, free will, and the line between what is invented and what is innate in our environments. It’s one of those movies where I challenge you to find a single trope… Upstream Color is just so new and fresh and weird that even now, after having seen it maybe 39 times, it still overwhelms me how much is packed into 96 minutes. 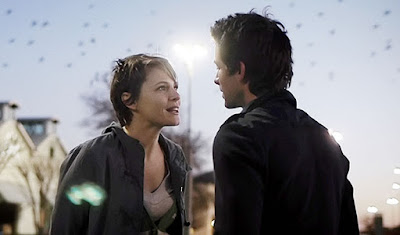 Posed as a series of life cycles, we start off by watching an unnamed man (credited as the Thief) as he harvests maggots. These maggots, aside from being my deepest, darkest fear, carry what we infer to be a drug capable of blurring the line between the consciousnesses of those who take it. Users can anticipate each other's actions without delay, share memories, and are incredibly susceptible to suggestion. The Thief uses these worms to drug Kris (Amy Seimetz) and leads her through a series of games and tasks to further soften her inhibitions. One of these tasks being to copy the entirety of Walden by Henry David Thoreau. After the ordeal, Kris comes to the realization that not only is she decimated financially, she’s also carrying a strange, nematode-like parasite—a mega-gross souvenir of her drugging experience. Kris, still in a half-lucid state is drawn to a rhythmic, almost grinding noise that leads her to a farm. This is where we meet the Sampler.

An observer before anything else, the Sampler is the chaotic neutral force in the film. He harvests Kris’ parasite, as well as those of other victims, and plants them in pigs. These pigs then serve as windows into all of the victims’ lives after they are released to do as they please. Each life is somewhat unique, but all are sort of the same. Remembering the passages of Walden from the top end of the movie, it can be said that the blurring of these boundaries directly references Thoreau’s life long desire of living in nature, as humans should, to achieve a more pure, godly life. From a contemporary scope—where our environments are essentially each other, broken up by preserved green spaces or industrialized land—this blur has a much more disconcerting flavor. There is no solace in nature or purity that can be found there because we ourselves have constructed the concept of nature itself. 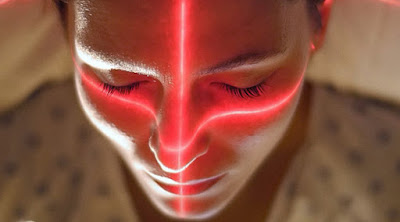 Kris, socially wrecked from what has happened to her, meets Jeff (Carruth). The two strike up an unorthodox relationship, reflecting each other’s thoughts, mannerisms, and body movements more and more as the story pans out. We come to learn that he, too, encountered the Thief and thus has his own consciousness-connected pig in the Sampler’s farm. Carruth begins to untie and retie the all the loose connections, focusing instead on the relationships between unaware parts rather than give the audience closure in any one narrative thread. It’s almost like Kris and Jeff exist on opposite sides of a Newton’s Cradle. As the two move throughout the film, we are encouraged to pay attention to the three story lines held between them: the worms, the pigs, and the Sampler overseeing everything—that all seemingly do nothing to push the plot forward, but end up being the only reason Kris and Jeff exist in the first place.

Despite having said now like eighteen times that the human characters don’t really matter, I think it’s really impressive the lengths Carruth goes in this movie to abstain from showing us—humans—his vision through non-human glasses. By creating character dynamics in which his cast functions more like aliens than normal people, we get to focus on the parasite’s eerie effects on a more visceral level. It’s challenging to see actors behave in such an opaque way. We’re almost given nothing to go off of. In casting Primer, his debut film of 2004, he was so frustrated by actors soaking each and every line in dramatic delivery that he decided he'd act the part. It's clear just how calculated he wants these vessels to be. I'm pretty sure, if left to his own devices, Carruth would just make insane textural soundscapes that would leave even the most obscure art critics grasping at straws. Instead, he alienates us from his cast to then hit us in a more subconscious place. 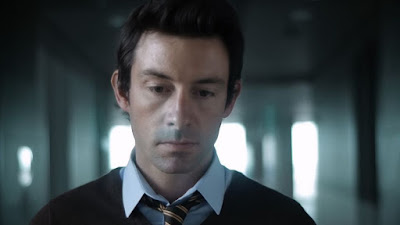 The success of Upstream Color is—yes—rooted in experimentation, but it’s important to note the balance Carruth strikes between letting us know the film is hyper constructed and also allowing us to believe we are coming to our own conclusions. He knows exactly what he wants us to take away from the movie, we just have to be willing to work for it. Kris and Jeff's love story makes the colorful environment more palatable, but it is far from the point. I can for SURE see why people don’t like this film, especially because at times it can appear so up its own butt, but (ha.) it’s one of those movies you have to commend for doing it’s own thing. With talks of The Modern Ocean on the rise, I’m very much looking forward to see how a filmmaker like Carruth, who is so talented when it comes to building quiet tension, ends up reinventing the action-flick genre.