Off the Shelf: Back in Time (DVD) 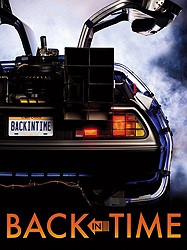 With the rise of the fan documentary, it only makes sense that the greatest movie ever made gets its own.

We are living in the age of nostalgia. My generation clings to its past and the things that we grew up loving, probably as a way to stay eternally young and shut out the realities of having to mature and accept that the world (and specifically pop culture) have passed us by. One of the ways this nostalgia is expressed and exercised is through the fan film -- either a new adventure created for existing characters or, more specifically for our purposes here, the fan documentary. The democratization of filmmaking and the introduction of crowdsourcing have allowed any fan of any given property the ability to express their affection for something by making a fan documentary. Star Wars has at least a dozen of them. Every well-liked horror movie from the '80s is getting one. Now Back to the Future has its own, and it's pretty much what you expect it to be. 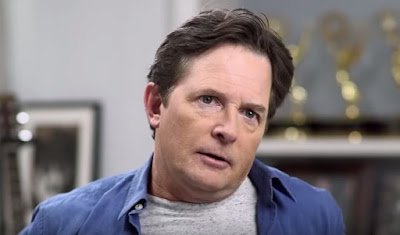 Beginning with some behind-the-scenes production information about the making of the first film before it segues into the usual "look at these fans and how they show their fandom" for almost the entire remainder of its running time (there are a few minutes near the end given over to the sequels, worth mentioning only because there are people who are willing to say that they like Back to the Future II on camera), Back in Time is one of those "by the fans, for the fans" documentaries that's less interested in Back to the Future as a movie as a cultural phenomenon. It's more than just "people love Back to the Future." For some, Back to the Future is a way of life.

As a documentary, it's fine. If you're a huge BttF fan, it's worth a watch once. Most of the major cast and crew -- Michael J. Fox, Christopher Lloyd, Lea Thompson, Robert Zemeckis, Bob Gale, Steven Spielberg -- all appear in interviews, as so several other personnel and "superfans." Here's my problem with this. The production information provided isn't anything I haven't already read in books or heard about on the supplemental sections of both the DVD and Blu-ray releases of the trilogy. It's the "fan" stuff the really pushes me away, though. I'm on record as naming Back to the Future as my favorite movie of all time, and I have seen over 75 movies. But I just don't relate to the way that my fellow BttF lovers express their love for the movie. They build time machines. They play in BttF-themed cover bands. They recreate the 1955 Hill Valley town square and do live reenactments. I don't judge any of it -- I'm happy they have something that they love, and it even happens to be something I love too -- but we all process our fandom differently. And for as much as I can connect to processing fandom that way, the movie might as well be about football fans or Civil War re-enactors. 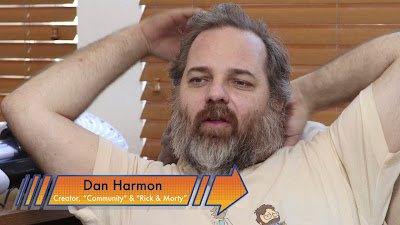 But, then, the documentary itself is a way of processing fandom with which I can't quite connect. Again, I bear Back in Time no ill will because its heart is so clearly in the right place -- the filmmakers believe that Back to the Future is special and set out to make a movie that celebrates just how special it is. I guess I would like them to explore the question of why it's special more than they do. Why has it struck such a chord in so many movie lovers? To what are they responding? Did it really need to be a trilogy? Most of these questions are left unanswered. In its place is a fairly superficial look at a culture of superfans -- an anthropological study that wants only to show us their practices, not their philosophy.

Previously available on both Netflix Instant streaming and another DVD put out a year ago, Back in Time is now being re-released on DVD by MVD Visual. Unlike the Blu-ray that came out last October, this disc contains no extra features; no commentary, no bonus interviews, not even a trailer. It's serviceable as a kind of supplement to the movie itself -- had it been included on Universal's box set, I suspect no one would have complained -- but there isn't enough here to sustain a standalone release. There's a lot of pressure on any documentary that devotes itself the greatest movie ever made. While pleasant enough, Back in Time isn't really up to the challenge.

Email ThisBlogThis!Share to TwitterShare to FacebookShare to Pinterest
Labels: arrow video, back in time, back to the future, christopher lloyd, film documentaries, michael j. fox, off the shelf, robert zemeckis