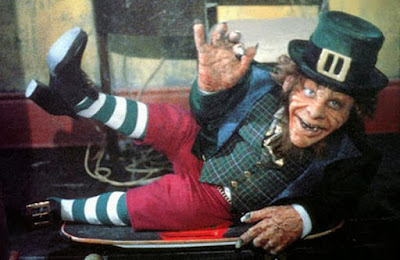 A performance so good it has you laughing “with the movie” instead of “at the movie.”

I didn’t see Leprechaun in theaters because I was too young and I couldn’t get my parents to go with me. So when it came out on video, I was all over it. But for a while I couldn’t find a copy at my local Blockbuster or Family Video. Eventually the film premiered on cable pay-per-view and I asked my dad if I could watch it. Knowing how badly I wanted to see this movie, he agreed and I sat there and watched it with him and my sister one night. It remains one of my fondest viewing memories. I soon realized how silly the movie was (the ads led you to believe it was more scary than it turned out to be) and I was in stitches watching Warwick Davis’ titular performance as he wreaked havoc over a small town. I taped the movie off of pay-per-view (I rented it again to do so -- that was like a week’s allowance right there) and that cassette became a staple of virtually every sleepover in 1993 and 1994. The movie PLAYED every time I showed it to someone new. 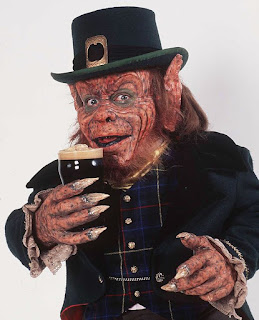 The reason why Leprechaun works rests almost exclusively on the shoulders of the great Warwick Davis, who previously was best known for playing the title character in Willow. Leprechaun was a departure from his virtuous part in Ron Howard’s film and Davis tackled this devious mythological creation with humor, energy, relish and joy. Those of you who have read my writing or listened to me on the podcast know that I am a sucker for a stupid joke or a silly pun. Warwick Davis’ dialogue in Leprechaun is almost entirely that. But the performance isn’t just a bunch of quips or impressive makeup; it’s an outstanding physical performance, too, whether he’s chasing Jennifer Aniston in a wheelchair, crashing through a fence, driving a toy car, pogo-sticking a man to death, shining shoes, etc. For me, nearly every physical gag works. Even as I re-watch Leprechaun as a man in my thirties, it makes me feel like the eleven-year old I was when I first saw it for the first time. Is it stupid? Absolutely, but stupid can be even more satisfying then smart sometimes. 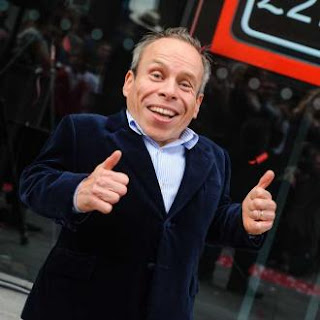 Warwick Davis just simply doesn’t get enough credit. He’s often overshadowed by spectacle (Willow) or creature make-up (the Harry Potter films) so I want to give him his due here for Leprechaun, which is a movie he drags to success. More importantly, though, thanks to him for seeing the material of Leprechaun for what it is and giving it his all instead of looking down at it. The commitment and passion he brought to the film reaped dividends and resulted in a lot of happiness and nostalgia from myself and many others. Should we ever cross paths, I’d be happy to buy him a pint!