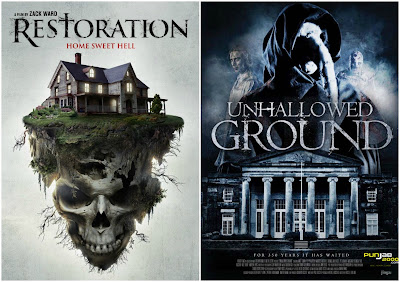 The first time is always weird. It’s clumsy, messy, and usually ends in disappointment. But sometimes you’ve just got to do the damn thing because it’s the only way to get better. We’re talking about art, of course, because art is hard. It’s subjective and alchemical and no one really knows how to do it until they try. It’s with this in mind that we can approach veteran actor Zack Ward’s directorial debut Restoration with some kind of context: it’s not a very good movie, but it’s a very good first movie. It’s thoughtful and well-composed. Its characters have individual personalities and behave in ways that are consistent with people you’ve met in your real life. To wit: Rebecca and Todd Jordan (Emily Roya O’Brien and Adrian Gaeta) are a young couple renovating their new home. Rebecca is overwhelmed by the long hours and emotional torment that come with doctoring. Todd is attentive and caring, though, and it seems like they’re going to make it. That is, until they discover the restless spirit of a young girl living in the walls. The pair investigate her tragic past in order to get her out of the house and move on with their lives. 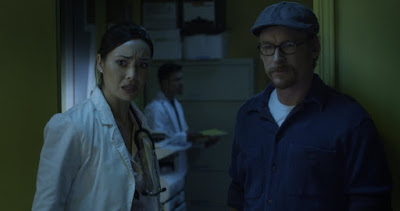 So far, so familiar. Restoration isn’t new or really all that interesting, but Ward (co-writing with James Cullen Bressack) understands how to stage a haunted house story with a real consideration for the audience’s experience. There’s a lot of maturity in the cinematography and set piece design; nothing looks cheap or rushed. Scenes are given time to breathe without getting aimless, and most of them go somewhere interesting that advances the plot. The actors (including Ward and Sarah Ann Schultz as way-too-friendly neighbors Harold and Francine) are all game, and each one is given at least one moment to shine. There are curses and rituals, jump scares and immolations, and they all have a different look and feel. The problem is that a movie can’t be everything, and Restoration falls into the “wouldn’t-it-be-cool-if” trap that dilutes its stronger elements into a muddled mess of plotting and character motivations. We know where the movie is going long before it gets there, but the connecting threads are a little bare.

But again, this is a strong first effort. Ward peppers the film with themes of fatalism and family, though he misses a few opportunities for more. His Harold is especially enigmatic and has most of the good lines (he clearly wrote the role for himself), but his performance doesn’t quite live up to the broader moments later on. Still, the characters are the strong points here: O’Brien and Gaeta have good chemistry and, for as much as the film leans on classic horror visual cues, they avoid a lot of the stock character tropes that would undercut their credibility. They seem like a real married couple dealing with a real problem together. So although the villains are bland, the scares are predictable, and the plot is underdeveloped, Restoration is a decent proof of concept for a new writer/director to build on. Ward clearly has a handle on the nuts and bolts of horror filmmaking, so he should use his next opportunity to take more chances and push more narrative and visual boundaries. If he does that, he could be a very interesting new voice. 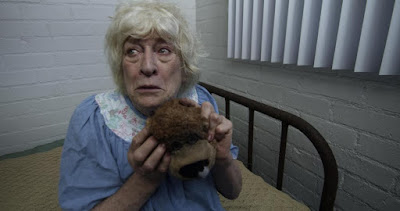 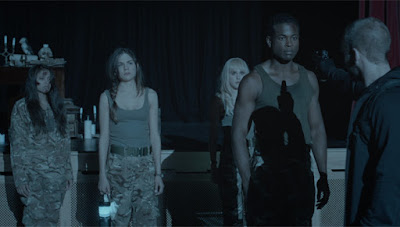 It’s not that there’s anything particularly wrong with the horror elements of Unhallowed Ground. It’s a bunch of young people on the cusp of adulthood looking to rebel against the white-collar lives their parents have set up for them. They even fit classic movie archetypes: there’s the jock, the beta male, the smart guy, the promiscuous blonde, the sporty girl, and the morally-righteous brunette. They shuffle around and set up interpersonal conflict for half an hour before the haunting begins. Shane and his friend show up to rob the school archives because Shane hates the “toy soldiers” bred by military academies and resents the fact that he served a country that isn’t providing for him. Lights go on and off, and there’s some ghost stuff and a bit of backstabbing. It’s a fine enough setup, but it’s impossible to overstate how bland the movie gets from there. It’s about an hour of story padded out to feature length. None of the characters are sympathetic or likable. There’s no joy or sleaze. It’s notable enough for some racial diversity and a lead performance from Roman Polanski’s daughter Morgane as Sophie, but other than that, feel free to skip it.
Posted by Patrick Bromley at 5:00 AM