Get down and dirty for the New Year! 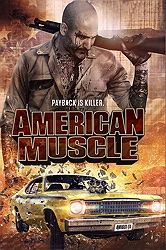 American Muscle (2014, dir. Ravi Dhar) I have retreated into almost nothing but exploitation films during the last few weeks of the year, maybe to wash out the taste of all the awards bait films I've had to watch in the last month or so or maybe because they skip out on all the bullshit and aim right for the pleasure centers of my brain. They're helping to keep my happy, so I'm not going to fight it. With that in mind, I'm recommending mostly exploitation this week, including this modern-day attempt at an old-school grindhouse revenge flick that is described by on Netflix reviewer as a movie that "feels like a bunch of bouncers and strippers got together and decided to make a movie." I do not disagree with this assessment. This is an ugly, stupid, violent and sexist film that's maybe too concerned with being cool, but which also manages to get to the heart of true exploitation. Plus, you get to see Trent Haaga as a low-level hood, Todd Farmer as the main villain and Robyn Sydney at her most to-die-for. The great Travis Stevens is a producer on this, which is what drew me to it in the first place. (Watch on Netflix) 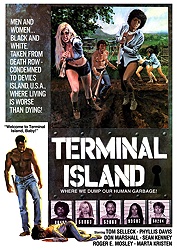 Terminal Island (1973, dir. Stephanie Rothman) Directed by one of the few great female exploitation directors of the Golden Age, Terminal Island is a legitimately rad prison movie in which a bunch of cons are dumped onto an island (including a young Tom Selleck, playing An Innocent Man) and battle one another for supremacy. Everything about this movie kicks ass, from the performances to the violence to the scene in which a woman seduces one of her enemies and proceeds to smear honey all over his crotch and butt before releasing a bunch of bees on him. It's awesome, like this movie. (Watch on Exploitation.tv) 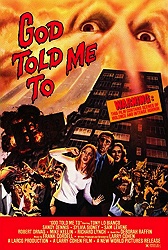 God Told Me To (1975, dir. Larry Cohen) I only saw this movie a year or so ago thanks to Elric Kane convincing Blue Underground owner Bill Lustig to put it out on Blu-ray. It's probably Larry Cohen's weirdest movie, but also maybe his best. It's about a New York cop investigating a series of murders committed by seemingly random people (including Andy Kaufman in a small role) who all mutter the same phrase after committing these heinous acts. Where it goes from there I won't even begin to explain, because one of the incredible things about this movie is where it ends up versus where it starts. Like most Larry Cohen films, there's no predicting this one. (Watch on Shudder) 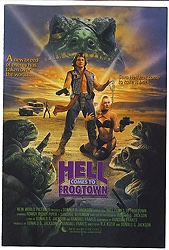 Hell Comes to Frogtown (1988, dir. Donald Jackson, R.J. Kizer) I wrote a whole piece about this movie a couple of years back, and while it's no They Live, it's still the second best movie his Rowdiness Roddy Piper (RIP) ever made. It's a crazy movie that knows it's crazy, presenting an original vision of the apocalyptic future and Roddy Piper mugging like crazy. This was the movie I wanted to see on USA Up All Night more than any other growing up and it took me three tries (I fell asleep before it aired the first two times, and I cannot begin to describe the heartbreak I felt upon waking up and realizing I missed it) before I finally caught up with it. I actually think it gets better with age. It's super entertaining. (Watch on Hulu) 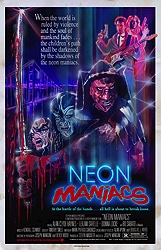 Neon Maniacs (1986, dir. Joseph Mangine) I have been wanting to get Code Red's Blu-ray of this one for a long time but haven't yet (belated Christmas gift, anyone? fthismoviepodcast@gmail.com), so for now I'll settle for watching it on Shout Factory TV -- which, unlike these other platforms, requires no subscription and can be watched totally for free. This is basically an '80s slasher movie but with weird monsters doing the slashing; the fact that it never got a sequel is baffling, because the monsters are cool enough to inspire their own franchise. (Watch on Shout Factory TV) 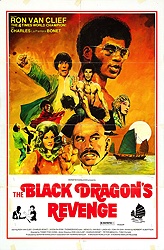 Black Dragon's Revenge (1975, dir. Tommy Loo Chung) Watching Death Machines this week (which everyone should totally see) led me to Ron Van Clief, the original Black Dynamite and a super cool action star who is also not a great actor. This sequel to his breakout hit The Black Dragon is in shockingly poor taste, as he and a friend are hired by a wealthy businessman to investigate the actual death of the actual Bruce Lee (at one point they hold up actual autopsy photos). But, of course, that's one of the things I love about these exploitation movies -- they either don't know or don't care where the line is and just go ahead and do whatever the fuck they want. Amazon Prime Video has a spotty track record when it comes to the transfers on some of these off-the-radar titles, but Black Dragon's Revenge looks terrific. This is one of my favorite film discoveries of the year, so I'm happy to have gotten it in just under the wire. Here's to more exploitation in 2017! (Watch on Amazon Prime Video)
Posted by Patrick Bromley at 5:00 AM