Ten stories from my time at Blockbuster they might not want you to know!

• Sometimes when people went up to the counter to ask if a video game console was in-store to rent, I would lie and say it was all checked out. It took way too long to get the person to fill out a form, leave a deposit, draw blood samples, etc., so I just pretended we didn’t have any. Besides, I didn’t get into the business to rent video games. I saw them as an occupational hazard.

• If you had a late fee and contested at all, I was quick to give out a free rental coupon as long as you paid the fee. Is that rewarding “bad” behavior? Yes, but I’m not gonna stand there making $6/hour to have you yell at me for the greater good. I don’t need that.

• The store I worked at didn’t have employee picks. Rarely, but sometimes, people would ask me what I recommended from the new releases. For a month or so I would say The Wood, a delightful coming-of-age dramedy starring Omar Epps, Taye Diggs and Richard T. Jones. Not one of those people rented The Wood. I was so disheartened after a while that when someone asked me what I recommended I would just say “I don’t know. I’m really busy at school right now.” 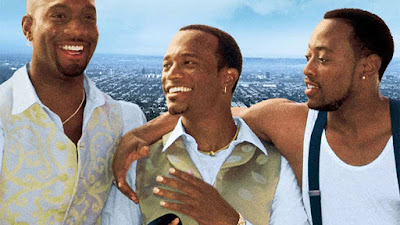 • When The Sixth Sense came out on DVD/VHS, people were ridiculous. When I was emptying the overnight drop box they would stand over me waiting to see if a copy of The Sixth Sense came in. As a fan of having personal space, that really bothered me. I would look inside the drop box before taking out the videos and if the person was affable enough I would give them the tape if it was in there. If they were being an asshole, I would say it wasn’t in there, even if it was. I would give them a free rental coupon for next time. I wanted them to have a Blockbuster night…but not this night!

• The Boondock Saints was a “Blockbuster Exclusive” rental when it first came out. In the week or two before its on-shelf release date, we would unpack the new inventory to set it up for rent later on. When I got The Boondock Saints box I was like “WTF?” We had, like, waaaaay too many copies for a movie I’d never heard of. Me and another guy named Matt were so perplexed by this that we became obsessed with the movie, although neither of us watched it. We even wrote lyrics to a Boondock Saints song. Alas, I don’t remember them.

• Speaking of Matt, he was 18 and I was 17 when I was working at Blockbuster. I was going out-of-state to college a year later and so was he so we talked about that a lot. We bonded. We were friends. Then one day he told me he got his very pretty girlfriend pregnant and that he wasn’t going to college for a little while. Instead he was going to live in his gf’s basement and raise his son. I remember thinking that he had it all figured out and that I was a schmuck for not having settled down and started a family sooner. I know that sounds crazy, but Matt was an assistant manager at this Blockbuster and I wasn’t. He actually beat me out for the position. So he had the career and the family and all I had was college in front of me. I didn’t know what to do with that kind of freedom. I was 17. I accomplished what I was meant to already. I wanted to settle down! 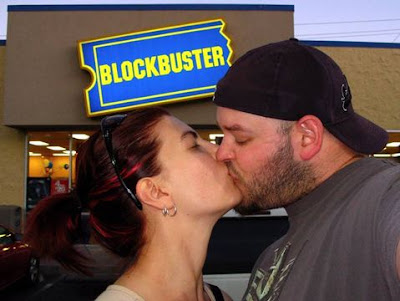 • There was a guy that came in every Tuesday that I called “The Perfect Balance” (we sometimes had nicknames for the regular customers). He was a middle-aged Blockbuster Rewards member who wore a safari-ish hat and every week he would come in and get a new release and a favorite (an older title). Without fail, he would get the hottest new release (the one you need to know about in conversation at parties and social get-togethers) and a classic older title that was one of the essentials. I remember once he did a The Family Man and The Godfather Part II double bill and I was like “Who is this guy? He’s a legend!” But then I thought he must be a loner to have time to see movies like this on his own terms. Just when I thought that, he came in one time with his wife who clearly adored him. He figured it out! Nowadays, at F This Movie!, I’m trying to find that perfect balance of watching the important new stuff (to our popular culture) and the most important films of the past; i.e. the perfect balance. The safari hat guy is my inspiration. Bonus Trivia: He and I never spoke about it. I never commented on how cool I thought he was. I wanted Blockbuster to be a safe place for him with no scrutiny. If you’re reading this, sir, I just want to say it was an honor renting you videotapes.

• Blockbuster would play promotional videos on the monitors around the store. Sometimes they would have music videos. I’m a big fan of throwback jamz of the ‘90s so my life changed when they had Carl Thomas’ “I Wish” on one of those preview tapes. I loved that song so much and still do to this day! I would get actively annoyed when a customer would come up to me when that song was playing because it meant I wouldn’t be able to see it again (uninterrupted) for another hour or so. You’re probably saying “Why didn’t you just rewind the tape?” But that would have uncovered my secret shame. 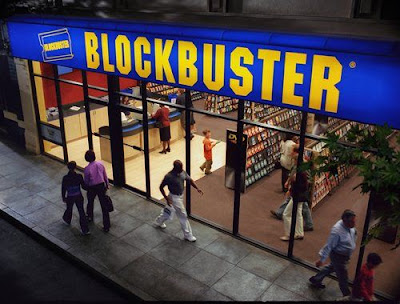 • I once hid inside the drop box on a dare and pulled a video out of a woman’s hand while she started to drop it off. I could hear her confusion and I laughed really hard. The joke was on me, though, because one of my co-workers blocked the drop box with a cart we used to put videos back on the shelf. I couldn’t get out for about five minutes. Thank goodness none of my managers were around. I would have lost my dream job.

• One of my assistant managers, Jen, was about 25 when I was working there during my high school years. We bonded. I had a huge crush on her. Even though I didn’t smoke, I would take a cig break with Jen. I would tell her about high school things like prom and whatnot and she would listen and give me advice. My heart yearned for Jen and I secretly wished it was her I was taking to prom. Cut to late May 2000 and I had just finally turned 18. I told Jen in hopes she would say something back like “The only thing preventing us from making love was that you were underage. Now that’s not a problem. Meet me in the break room.” Instead of saying that, she was like “Oh cool. Happy Birthday!” I haven’t spoken to her since Blockbuster. What a dummy. She could have gotten laid.

What are your Blockbuster stories? #GoldAndBlueThruAndThrough
Posted by Patrick Bromley at 5:00 AM