My favorite critic and my favorite director are celebrating their birthdays this week!

This column is to say thank you to two people who have been instrumental to my film fandom over the years: writer/director Quentin Tarantino and my friend and colleague Patrick Bromley. Both men have broadened my film horizons in different and similar ways. Let’s start by talking Quentin.

The first time I became aware of Quentin Tarantino was when I re-watched The Crow on VHS in September of 1994. One of the trailers before that film was for Pulp Fiction and it was the coolest preview I had ever seen up to that point in my life. I remember how it changed my thought of art-house cinema from being inaccessible and turned it into being new wave and hip. It blew my 12-year old mind. I desperately wanted to see Pulp Fiction in its initial release during October of 1994, but my parents had seen it and didn’t think I was ready (it was specifically the gimp scene; they relented and let me see it five months later in March of 1995). In the meantime, Reservoir Dogs was playing a lot on cable and I was able to sneak and get my short-term fix until I could see Pulp. In short, Quentin Tarantino took a subset of the movies that I was ignorant of at the time and fed my curiosity at a young age. I saw so many movies in the wake of Tarantino that I otherwise would not have (auteur cinema, independents, foreign releases, etc.) and I know I would have missed so many of them if it weren’t for Quentin being my gateway drug. 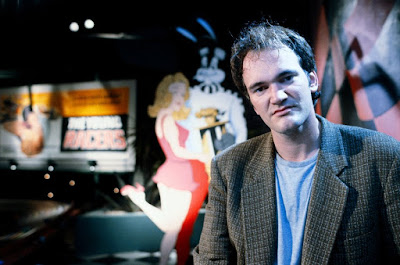 Patrick Bromley was someone I did not know during the advent of F This Movie! in May of 2010. As most of you are aware, I started out as a fan of the podcast before I became a contributor and it all started when I discovered the F The Music Box Massacre podcast from October 2010 that Patrick and JB recorded. I had attended the same event and in the following days I was seeking out articles about other attendees experiences. It was a way to relive the day. When I saw there was a podcast about it, I was intrigued so I listened to it. I don’t remember my reaction to my first episode of F This Movie! other than to say I really enjoyed it. Patrick and JB talked about movies in a different way than most other critics or fans that I knew. They found that perfect balance of being knowledgeable but also having a “joy of performance” -- it didn’t feel like they were performing, which so many others do when they talk about movies. They saw and spoke about movies the way that I saw and spoke about movies. I quickly rushed through the back-catalog of shows (I remember it was all during a single day while I was cleaning my apartment…several hours, it was very messy) and episode by episode I enjoyed the show more. I didn’t start over at the beginning, so my last episode for that catch-up day was Young Guns. By the time Patrick and Mike were discussing how Premiere Magazine listed Dying Young as the movie they thought would gross the most in the summer of 1991, I was convinced Patrick was “shining” to me. It’s like when you see a stand-up comic and their joke is so hyper-specific that it only plays to an audience of just you. It was great. I had found my podcast. #SickDay

Over the years, Quentin Tarantino gained the goodwill to make whatever project he wanted and he used that leverage in part to explore his love of exploitation cinema. This is where I became more aware of how sometimes the pastiche of the thing is more appealing to me than the actual thing. I love Jackie Brown, Kill Bill, Django Unchained, etc., but as I dug into further examples of the movies that inspired QT’s epics, I started to realize that only some (but not all) of exploitation cinema was my bag. It was frustrating for a while, like I was no longer my favorite teacher’s favorite student. 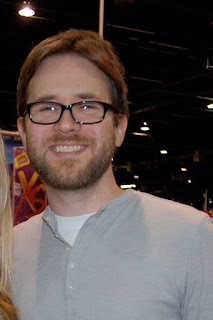 Over the years, Patrick and I (especially since I became a contributor to the site) have gradually disagreed more about film than before I started writing at F This Movie! We used to agree all the time and now I’d say it’s about a third to half of the time. Patrick loves exploitation cinema (for example, Italian Horror), which I have not found to be my cup of tea over the years. It made me sad because I admire my mentor, similar to how I remember Patrick being sad when Roger Ebert wouldn’t give a positive review to a movie he loved. But then I realized something that made me happy about this instead. I like seeing exploitation and Italian Horror more through Patrick’s POV than my own. I get what he gets out of those movies by me reading or hearing about Patrick’s enthusiasm for those movies. His writing or podcasts about these subgenres are like his version of a pastiche, similar to how Quentin writes his “cinematic essays” with each of his films. As a result, I have a great appreciation for the thing even if I don’t have a personal enjoyment of the thing. For that I am thankful to both men. 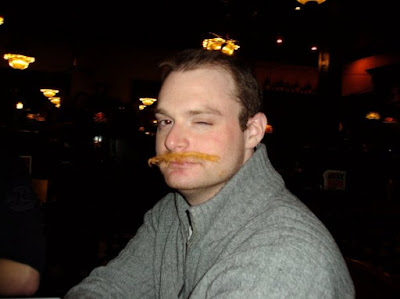 Quentin Tarantino and Patrick Bromley have been great film educators to me over the years in ways I both did and did not expect. I appreciate the way that they’ve expanded my cinematic horizons (not always through LSD) and have both given me a dragon to chase (usually through LSD) since I know I’ll never see or understand movies as much as they do (because of brain damage due to the LSD). But that’s still not going to stop me from trying.