The Thin Blue Line of Colors 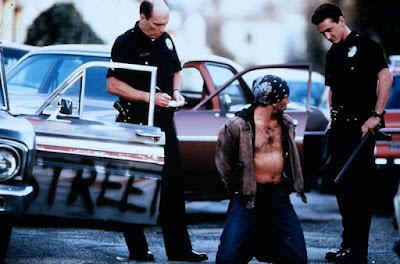 Shout Factory Selects is back at it again with their new release of Dennis Hopper's 1988 cops vs. gangsters drama Colors, and while it's not the best film of 1988 (let's be honest here, Halloween 4 holds that title), it's a film that should be required viewing for anyone who needs to witness a masterclass on acting/telling one hell of a story. We took a look at this gem of a release and hear you me, it definitely holds up.

Giving us the age old approach of pairing a veteran character with a cocky, arrogant one, Colors pairs Robert Duvall's Bob Hodges with that of Sean Penn's Danny McGavin, a young police officer recently assigned to the special task force of attempting to put an end to gangs around Los Angeles. While Hodges tries to reason with gang members in an attempt to get them change their ways, McGavin is the opposite of subtle, getting physical and even going as far as spraying paint cans in gang members' faces. It's that yin and yang to the film that gives us something to latch onto and follow with excited eyes. There's a push and pull to the two men, and though they have similar hopes for cleaning the streets, the differences in their approach makes for a team-up that is one of the best within the gangster drama subgenre. Films like Blood in Blood Out, Boyz N the Hood and so on shine a light on the lives of the gangsters themselves and their surroundings, but what Colors does an excellent job of doing is allowing us as viewers to really look at the subgenre through the eyes of the people trying to stop it. It's refreshing and an approach that really helps set the film apart from the majority of similar films. 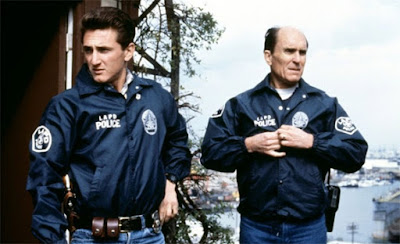 There's a downfall to the character of Danny McGavin, and it's through Penn's performance that we get that "me against everyone" arrogance that never leads to anything but struggle and failure. While Hodges is firm but respectful towards the different gangs, McGavin's anger gets the best of him and jeopardizing those around him, especially a budding relationship with a woman who is very much a part of the culture that Hodges and McGavin is trying to bring down. Maria Conchita Alonso's Louisa is a smart, opinionated character who knows where she comes from; though it starts issues with her surrounding friends and neighbors, she takes a chance on McGavin, who is incapable of seeing anything outside of his black and white world. The man has no time for life's grey areas. It's that reality of McGavin's own box he traps himself into that causes any chances he has with Louisa to be ruined and as he goes deeper and deeper into the rabbit hole of trying to forcefully stop the various gangs that the character begins to lose his humanity, something that Hodges strives to keep. 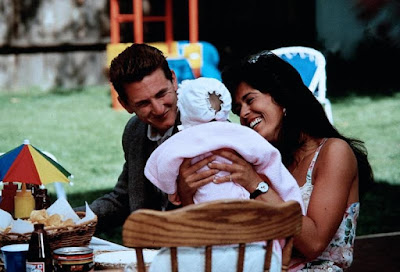 If you took the gangs out of the film, there would still be a very solid look at losing one's self and the effect it has on those who care for that person, but thankfully in Colors we have quite the lively bunch of supporting roles to fill in the gang member roles. Everyone from Don Cheadle, Damon Wayans and Glenn Plummer to...Courtney Gains(?!) inhabits the various thugs and they're all excellent, bringing very different approaches and performances to their roles and its those roles which help add a contrast to the Hodges and McGavin roles.

Colors is an excellent film, one that, like Easy Rider and The Last Movie, really showed how great of a director Dennis Hopper was. It's a great look at the war between two sides of people and also a look at the war inside of the people fighting it.