You're So Cool, Wixson 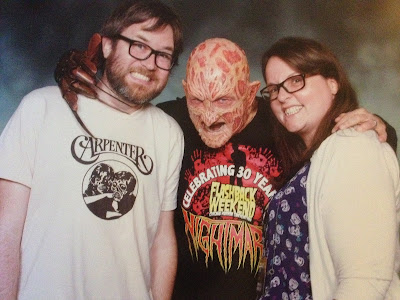 Today is my very good friend Heather Wixson's birthday. Happy birthday, Heather! I'm not writing this piece in lieu of a gift, although it is considerably cheaper than that collection of autographed Underworld one-sheets she no doubt wants ("The Lord of the Rings of werewolf movies!" -- Heather Wixson) . No, I'm writing this because it deserves to be said.

Last week there was a very nice article posted on another site that championed 10 prominent female horror journalists. I scrolled through it, certain that I would find Heather's name, but it wasn't there. Now, I'm not suggesting that the omission invalidates the list. It was a good list with its heart in the right place, and of the names included on there (most of which I knew) there weren't any that I thought "She doesn't belong!" I don't think that Heather's name being left off was a slight. I think it's a case of the author not being aware of her work, or of the fact that there were only 10 spots. There are few things that irritate me more than responding to a list of 10 items (or 20 or 100) with a claim of "You forgot [11]!" So I'm not going to be that guy by saying that the list is "wrong" because it didn't include Heather. I'm just saying that she deserves to be celebrated -- if not there, here.

You all know Heather. She's a goddamn Top Critic, according to no less than Sony Fucking Pictures. She's been coming on the podcast for years and her episodes are often cited as favorite among our regular listeners. She has been a great champion of F This Movie!, sharing our work with her thousands and thousands of followers and participating in F This Movie Fest every year. She's the one who booked most of our amazing guests during our F Breast Cancer live podcast-a-thon last summer (except for Doug; that one was all my doing). She is as good a friend as you could hope for, and reconnecting with her several years ago (after being friends in junior high, where she was literally the only other person I knew who geeked out about Freddy Krueger the way I did) has made my life better in a lot of ways. I feel very fortunate to call her my friend. 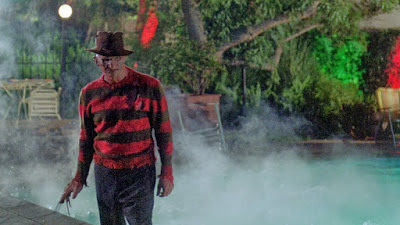 But this piece isn't about what a swell friend Heather is (sorry, Heather). It's about what a swell movie fan she is. That's why we love her work, and that's why she deserves to be recognized both on that other list and here. Though she has over a decade of experience writing professionally about horror movies -- first for Terror Tube, then Dread Central and now as managing editor of Daily Dead -- she has never lost touch with the fangirl kid who grew up obsessed with Vamp and Fright Night. Her writing is so fun to read because it gushes with joy and enthusiasm. Those are the people I like to read most: the ones who clearly love movies and whose excitement for the form spills over into everything they say. That's the reason I can't stand reading someone like Armond White. It's not that his opinions run totally contrary to mine -- I'm more than happy to have my ideas challenged -- but because even on the rare occasion that White likes a movie, there is no real joy or enthusiasm in his praise. Movies, to him, are something to be defeated, not loved; when he does praise something, it's at the cost of one or two or a lifetime of other films. I'm not suggesting that White doesn't love movies. Maybe he does. It does not come through in his work.

It comes through in Heather's. Whether she's praising a recent effort like Get Out or going to bat for the maligned Vampire in Brooklyn, Heather's writing loves movies above all else. There's no film she won't give a chance, nothing she won't at least try to find the good in (which can be the only possible explanation for her love of Scream Queens on FOX*). It makes reading her reviews and articles or talking horror movies with her so much fun because we -- both she and the reader -- get excited about all the stuff being discussed. What makes it even better is that she knows her shit, having grown up with horror and working in the industry for years now. She speaks horror shorthand with the best of them but does it in a way that's still accessible to casual fans or outsiders. There is no horror fan hipsterism to her work, nor is she too cool for anything. Seriously. She loves the Resident Evil and Underworld movies unironically. She is definitely not too cool for anything.** 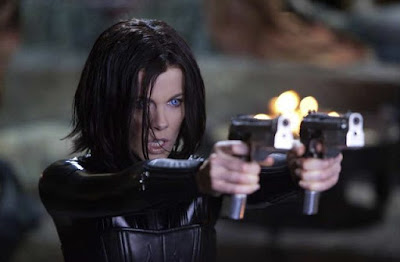 It's fine that Heather wasn't included on that list of Female Horror Writers, because now she gets a whole article all to herself singing the praises of her awesomeness. But if we're going to talk about which female horror writers we need to be reading, I really do think Heather is a necessary part of that conversation. Even if I wasn't friends with her, I would still be writing this piece because I would still be a fan of Heather's work. She busts her ass every goddamn day to crank out a review that's going to turn people on to new movies or conduct and publish an interview that's going to give a filmmaker a voice we might not have heard otherwise. And she wrote a fucking book! It's called Monster Squad, a collection of interviews with the great makeup and practical FX artists of the last 30-40 years. She has worked so hard on it and it shows. I've read a lot of it (#humblebookbrag) and it's amazing -- further proof that writing about horror isn't just a career for Heather, but a lifelong devotion coming from a place of true passion. The horror genre has a lot of really great fans. Heather is one of the best.

So happy birthday, Heather. I hope I didn't embarrass you too badly, but it needed to be said. I quote the words of Evil Ed from your all-time favorite movie Fright Night: