Some really, really exciting stuff is available to stream right now, including a lost classic and my favorite movie of 2016. 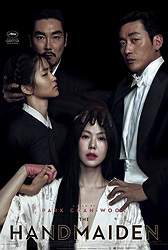 The Handmaiden (2016, dir. Park Chan-wook) This was my favorite movie of 2016 and it quietly snuck onto Amazon Prime Video (it was released through Amazon Studios, so I guess it was only a matter of time). If you have been at all interested in seeing it, now is your chance. Besides being incredibly beautiful, this is a really fun, twisty little thriller that has a great time provoking the audience with everything from its sexual imagery to its gender politics. And because it's also last year's best love story, it gets away with the button pushing because the movie is about much more than just trying to titillate or enrage MRA types. Dammit I love this movie. (Watch on Amazon Prime Video) 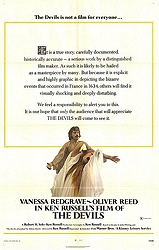 The Devils (1971, dir. Ken Russell) I'm recommending this one sight unseen because it's a movie I've been hearing about for so many years (Warner Bros. mostly won't let people see it, particularly in its uncut form) and it just showed up on Shudder, which is a real coup for the streaming service. I'm already hearing a lot of debate about which version this really is; one source claims it's actually the shortest and most-edited version, while another says this is the actual uncut edition. Either way, I'm watching it this weekend. (Watch on Shudder) 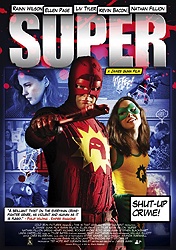 Super (2010, dir. James Gunn) With the James Gunn-scripted The Belko Experiment out in theaters this weekend, it's a good opportunity to go back and watch his unfairly overlooked sophomore effort Super, in which Rainn Wilson deals with losing his wife to another man by becoming a wrench-swinging crimefighter with Ellen Page as his unhinged sidekick, Boltie. The movie is a lot rougher around the edges than his slicker studio efforts, but it's also better for it. Gunn mixes dark comedy, brutal violence, disturbing sexuality and genuinely moving emotion in a way that I think a lot of audiences aren't sure how to process, but that's what makes the movie great. It gets a lot of love around this site, which makes me happy. (Watch on Netflix) 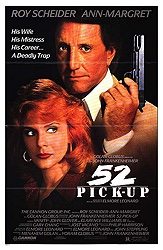 52 Pick-Up (1986, dir. John Frankenheimer) This excellent thriller is the perfect mash-up of old-school Frankenheimer action and Cannon sleaze, with John Glover giving a particularly memorable performance as a slimy pornographer trying to get money from rich businessman (Roy Scheider) in exchange for a videotape of him with his mistress (Kelly Preston). It's based on an Elmore Leonard novel of the same name and co-stars Ann-Margaret, Clarence Williams III and Vanity, so if you haven't already added it to your queue I have to accept that we have different priorities. (Watch on Hulu) 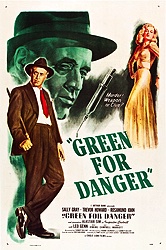 Green for Danger (1946, dir. Sidney Gilliat) Here's one of those films I might not have even known about were it not for The Criterion Collection, which has introduced me to a number of really good older movies in addition to restoring a lot of the classics. Directed by former Hitchcock screenwriter Sidney Gilliat, Green for Danger is a British mystery about a patient who dies on an operating table during WWII and the investigation that follows it. It's a good movie all around, but the real reason to check it out is Alastair Sim's performance as Inspector Cockrill, a character who probably should have had his own franchise. (Watch on FilmStruck)
Posted by Patrick Bromley at 12:00 PM