None of these movies feature talking racoons or adorable baby trees. Sorry about that. 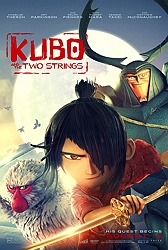 Kubo and the Two Strings (2016, dir. Travis Knight) Last year's best animated movie (suck it, Zootopia) is beautiful and moving and thrilling and excellent. There's some wacky sidekick material and a couple of climactic developments I could maybe do without, but none of that robs the film of its emotional power nor its amazing visuals. While Pixar has successfully figured out how to make movies for everyone, Laika continues making movies for no one -- too mature for kids but keeping adults away because they think it's kid stuff. (Watch on Netflix) 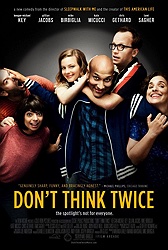 Don't Think Twice (2016, dir. Mike Birbiglia) The latest comedy-drama from writer/director Mike Birbiglia takes place in the world of improv comedy (ugh) but understands it honestly in a way that almost no other movie ever has (yay). The cast is excellent to a person, but no one is as good as Gillian Jacobs, playing a character who "could" do better but is very happy doing the comedy she's doing. This came up a lot during our end-of-year discussions a few months back, and while I don't know that it made any of our lists, it was a movie we all agreed more people should be seeing. Now you can. (Watch on Netflix) 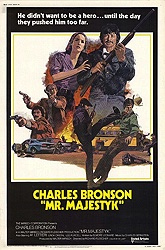 Mr. Majestyk (1974, dir. Richard Fleischer) Growing up in the 1980s, Charles Bronson was never my favorite action star. Not even close. While I have gained an appreciation for '80s Bronson over the years, it's more for the kind of junk he made during the decade (much of it at Cannon) than for his star power. But then I go back and catch up with one the movies he made in the 1970s -- arguably the height of his career -- and I see why he was a pretty awesome movie star. Mr. Majestyk, written by Elmore Leonard, is a pretty low-key action film, but it is the first revenge movie I've ever seen in which the hero is getting revenge for a bunch of destroyed watermelons. Take that, Paul Kersey (Watch on Hulu) 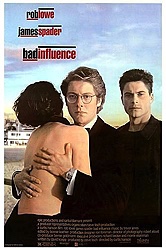 Bad Influence (1990, dir. Curtis Hanson) I still remember seeing the trailers for this in 1990 and laughing it off as some weird Hollywood in-joke about Rob Lowe's fall from grace after his sex tape scandal. And in some ways, it is. But when I finally rented it on VHS and watched it, I discovered it's a really cool, dark little thriller in which, yes, Rob Lowe plays against type but gloriously so. He's clearly having a blast, as is James Spader, equally cast against type as the put-upon hero whose life is thrown into upheaval when he befriends Lowe. It helps, too, that it's got a script by David Koepp, stylish photography by Robert Elswit and is directed by Curtis Hanson (RIP) years before his breakout respectability with L.A. Confidential. (Watch on Hulu) 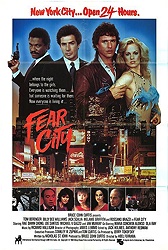 Fear City (1984, dir. Abel Ferrara) Hearing this referenced on last week's Shock Waves Podcast reminded me I hadn't seen it for years, but I remember it being insanely sleazy in that way that only early '80s New York movies managed to be. Tom Berenger play strip club owners trying to stop a serial killer from offing any more of their dancers, while Billy Dee Williams works the case on the side of the law. Melanie Griffith plays Berenger's girlfriend, one of the dancers at the club. It's not nearly as artsy as Abel Ferrara's other work of the same period, but it's no less crazy. No subscription required to watch it on Shout Factory TV, but you will have to sit through some ads. (Watch on Shout Factory TV) 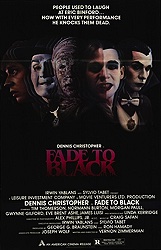 Fade to Black (1980, dir. Vernon Zimmerman) Long out of print on DVD and unlikely to ever see another release, this 1980 horror film is now available to watch for Prime subscribers! It stars Dennis Christopher as a movie-obsessed but unstable young man who starts dressing up as iconic film characters and killing people. It's also got Tim Thomeron, which is a plus for any movie, and Mickey Rourke in a small role early in his career. It's an underrated little horror movie that will hopefully get some more eyes on it now that it's available to stream. (Watch on Amazon Prime Video)
Posted by Patrick Bromley at 5:00 AM