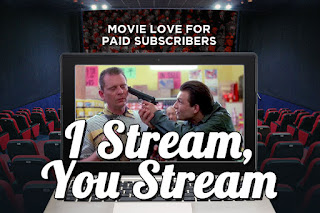 More than 20 streaming suggestions for the next week of #Junesploitation! 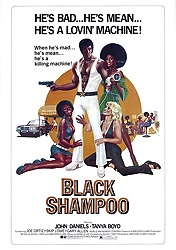 Obviously the best place to watch blaxpoitation movies today is on the all-blaxploitation streaming service Brown Sugar. There's a looong list of titles I'd suggest there, including Hell Up in Harlem, Petey Wheatstraw, J.D.'s Revenge and Truck Turner, one of the greatest blaxploitation movies ever made. If you're not already a subscriber to Brown Sugar, allow me to suggest both Black Shampoo (1976, dir. Greydon Clark), a completely bananas action drama that begins as a remake of Hal Ashby's Shampoo and ends as a violent action movie, with lots of sex and nudity in between. Incidentally, it's also the favorite movie of friend of the podcast and host of The Projection Booth Mike White. (Watch on Amazon Prime Video) Or you could get around to checking out Black Dragon's Revenge (1975, dir. Tommy Loo Chung), a combination blaxploitation/Brucesploitation that will turn you on to the majesty of Ron Van Clief. (Watch on Amazon Prime Video) 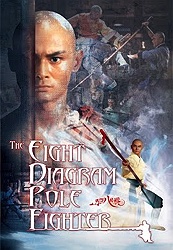 Once upon a time, Netflix had a pretty good selection of kung fu movies available in their library. Sadly, like their horror section, it appears to have been gutted and hardly any pre-1990 titles remain. Thankfully, Amazon Prime Video is absolutely lousy with great kung fu titles, some of the best of which include Crippled Avengers (1978, dir. Chang Cheh), a personal favorite and one that Mark Ahn wrote about a year ago (Watch on Amazon Prime Video), as well as The Eight Diagram Pole Fighter (1984, dir. Chia-Liang Liu), my favorite Gordon Liu film and one that got some love on this site just a few weeks ago. (Watch on Amazon Prime Video) If you're not a Prime subscriber, Shout! Factory TV has a decent collection of Jackie Chan movies available to watch for free without a subscription. The best of them is probably Police Story (1985, dirs. Jackie Chan, Chi-Hwa Chen), one of my favorite Jackie Chan movies of those that I've seen. It will be a long time before I've seen them all. (Watch on Shout! Factory TV) 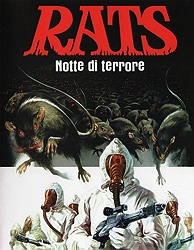 First is the absolutely bonkers Wild Beasts (1984, dir. Franco E. Prosperi), which sees an entire city overrun by killer animals when a bunch of PCP leaks into the water supply. There's no story, really, just scene after scene of humans being mauled, stomped and eaten alive by cranked-out critters. Unfortunately, because this is an Italian production, there's some yucky animal violence that you should be warned about before checking the movie out. Proceed with caution. (Watch on Shudder; also available on Amazon Prime Video) A lesser but no less crazy movie is Rats: Night of Terror (1984, dir. Bruno Mattei), which combines the post-apocalyptic genre with the killer animal genre to find a bunch of futuristic punks attempting to survive the night when deadly rats attack. The movie is sloppy and leadenly paced because it's directed by Bruno Mattei, a filmmaker who never met a project he couldn't mostly ruin, but I promise it's worth sticking it out if only for the final 60 seconds. You won't be disappointed. (Watch on Amazon Prime Video) 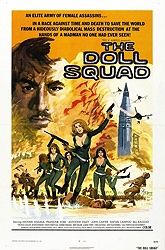 Angel of Death (2009, dir. Paul Etheredge) My Girlfriend Zoë Bell had one of her first starring roles in this Ed Brubaker-created web series for Crackle, which was then edited together into a single feature film. She plays an assassin who survives being stabbed in the head and seeks revenge against those who tried to kill her. The movie is only decent at best, but MGZB gets to shine and reminds us that she is a movie star who still hasn't quite found the right vehicle. (Watch on Crackle) If you're leaning more towards horror, there are few ladies more lethal than Eihi Shiina's character Asami in Audition (1999, dir. Takashi Miike), one of the best and most unsettling horror movies of the 1990s. (Watch on Shudder) Those in the mood for more traditional exploitation fare might want to check out The Muthers (1976, dir. Cirio Santiago) (Watch on Brown Sugar) or The Doll Squad (1973, dir. Ted V. Mikels) (Watch on Exploitation.tv), both of which feature teams of beautiful women taking on armies of bad guys and represent some of the better efforts of their respective directors, two guys closely associated with exploitation cinema. They're fun. 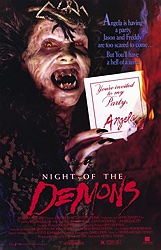 If you're looking for something fun and free today, or if you still have somehow never seen it, allow me to recommend Night of the Creeps (1986, dir. Fred Dekker), a great mashup of horror, teen comedy and sci-fi that comes from a place of total love. (Watch on Crackle) A little darker and nastier but no less fun is Night of the Demons (1988, dir. Kevin S. Tenney), a Halloween-set horror film in which a group of friends get together for a party and wind up possessed by an evil spirit. This is still my favorite Tenney movie, though I'm guessing most readers of this site have seen it by now. If not, it's streaming for free on Shout! Factory TV; there's even an option to watch it with Tenney's commentary, recorded for the Scream Factory Blu-ray release. (Watch on Shout! Factory TV) Anyone who enjoys Planet Terror, the Robert Rodriguez-directed half of Grindhouse, may want to check out Nightmare City (1980, dir. Umberto Lenzi), a zombie outbreak movie in which a city is overrun by infected flesh eaters. The ending is garbage. Actually, a lot of the movie is garbage, but it's the sort of thing we're celebrating this month. (Watch on Full Moon Streaming) 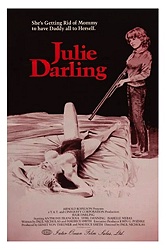 Sybil movies are hard to come by on streaming services. Up until a week ago, Vudu was streaming Howling II for free, which I could have recommended just for the credits (and so you could listen to the commentary from Heather and me). It appears to have been removed now, because of course it was. Instead, I'll recommend The Red Queen Kills Seven Times (1973, dir. Emilio P. Miraglia), a giallo in which Sybil has a small and not especially important role. At least the movie is good! (Watch on Amazon Prime Video) A personal favorite, Julie Darling (1983, dir. Paul Nicholas), is also available on Amazon Prime under the title Daughter of Death. Unfortunately, the quality isn't great, so I recommend it with reservations. The movie is crazy and wonderful, about a young girl (Isabelle Mejias) who is unnaturally obsessed with her dad (Anthony Franciosa) and takes steps to have him all to herself. I love it, but I'm not sure what that says about me. (Watch on Amazon Prime Video) 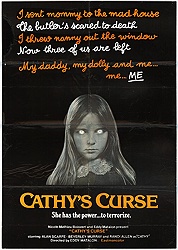 Cathy's Curse (1980, dir. Eddy Matalon) There's really only once choice for this day, and it's recently been released to Blu-ray and added to Shudder's streaming library. For this, we can probably all thank Brian Collins, formerly of A Horror Movie a Day. (Watch on Shudder)
Posted by Patrick Bromley at 5:00 AM