What to watch now that you're all done with GLOW! 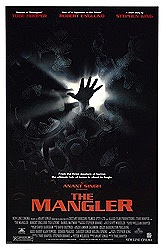 The Mangler (1995, dir. Tobe Hooper) What's that? Patrick is recommending a Tobe Hooper movie? COLOR YOUR FACE SURPRISED. This is unlikely to be your new favorite T. Hoops joint, especially if it's among your first, but it is a pretty great example of just how crazy his work can get and a movie that looks a lot better with 20 years on it than it did in the mid-'90s.  If you're looking for more on this Stephen King adaptation about a killer laundry press, I wrote about it here. (Watch on Hulu) 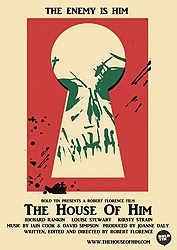 The House of Him (2014, dir. Robert Florence) Big ups to Chaybee for turning me on to this ultra low-budget Scottish production from a couple of years ago. It's a creepy, small-scale take on the home invasion that takes on much greater resonance as it nears its climax. It's not up to the high standards of navel-gazing non-horror post-horror, but so few movies can be. This is the kind of movie for which this column is made: something you might not be aware of but which I can hopefully help find more of an audience. (Watch on Amazon Prime Video) 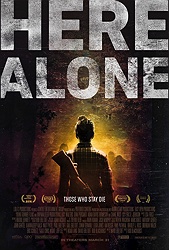 Here Alone (2016, dir. Rod Blackhurst) The same goes for this one, a smaller effort I first caught at last year's Bruce Campbell Horror Fest. Minor spoilers for the premise: this is a zombie movie, which a genre that's well-beyond played out, but entries like The Girl With All the Gifts and, to a slightly lesser extent, this one prove that there are still new ideas to explore and new stories to tell within the zombie movie framework. It's super well made with a great central performance by Lucy Walters, introducing some cool additions to zombie lore and packing some devastating emotional stuff. It's the kind of horror movie (pre-post-horror) that's good but kind of forgettable. Still worth watching. (Watch on Netflix) 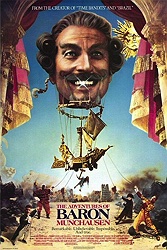 The Adventures of Baron Munchausen (1989, dir. Terry Gilliam) Now that's been added to watch on Roku, I'm finally able to use the Filmstruck subscription that Doug gave me for my birthday (thanks, Doug!). I'm hoping it saves a lot of money on Criterion 50% off sales. Obviously there are far more "classic" titles available than this one, but I gotta stay on brand on suggest a big, sprawlingly ambitious vision that doesn't always hit the mark -- the kind of movie that's Terry Gilliam's specialty. Imagination and creativity explode off the screen, with handmade and optical effects that push all of the right buttons for me. (Watch on Filmstruck) 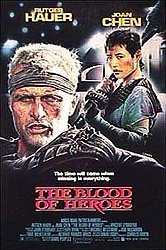 The Blood of Heroes (1989, dir. David Webb Peoples) Here's one of a few movies I was introduced to by my older brother, who was strangely obsessed with it. A post-apocalyptic sci-fi sports movie written and directed by one of the writers of Blade Runner, it stars Rutger Hauer as captain of a team of Juggers, futuristic athletes who compete in something called The Game. The movie is pretty overstuffed with sci-fi gobbledygook like The Nine Cities and the Overlord, but the basics of a cool movie are there and the cast, which also includes Delroy Lindo and Vincent D'Onofrio, is fun to watch. You may have seen it under its alternate title, Day of the Jugger, which is what it was called in Europe (and where the cut is longer). (Watch free with ads on Vudu)
Posted by Patrick Bromley at 12:00 PM

Email ThisBlogThis!Share to TwitterShare to FacebookShare to Pinterest
Labels: here alone, i stream you stream, netflix instant, terry gilliam, the adventures of baron munchausen, the blood of heroes, the house of him, the mangler, tobe hooper