The New 4K SUSPIRIA Will Change Your Life 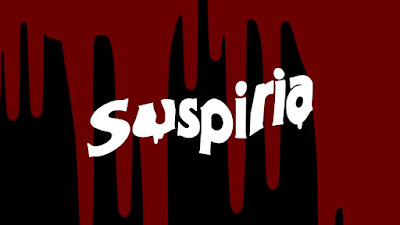 This past weekend, I was fortunate enough (along with Adam Riske, Mike Pomaro and Heather Wixson) to attend the North American premiere of Synapse Film's new 4K restoration of Dario Argento's Suspiria as part of Chicago's annual Flashback Weekend. It's a project that's been three years in the making. The wait was worth it. 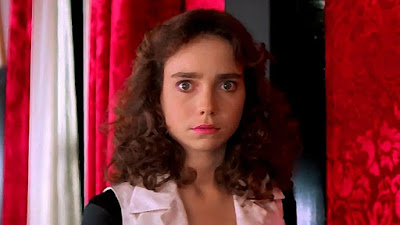 The screening was introduced by Synapse founder Don May Jr., who explained some of the work that went into the painstaking restoration. Every frame was approved by cinematographer Luciano Tovoli, with all of the film's gorgeously saturated colors finally brought to the level he originally intended. The audio is the big change, presented for the first time since its release with the original discrete 4.0 mix. This means that each element of the audio is separate; as May explained at the screening, rather than having all of the dialogue come through the center channel and the music and effects turned over to the surrounding speakers, the Suspiria restoration now breaks each piece of audio into an individual component so that if a character is standing on the left side of the screen, his or her audio comes out of the left side. Should that character cross over to the right, so will his or her dialogue. It's amazing, and I heard things in this new mix that I've never heard before. It helps that May instructed the staff at the AMC to play the thing really, really loud. They complied. It was loud. It was wonderful.

I have gone over my own storied history with Italian horror many, many times on this site, so any regular readers already know that it's now one of my favorite things in the world. Suspiria will always hold a special place in my heart, though, because it was the first Italian horror movie I can really remember attempting to watch (not counting a screening of Creepers [the U.S. cut of Argento's Phenomena] in high school because a friend was going through a real Jennifer Connelly thing). I programmed it for one of our annual Scary Movie Nights back in the early 2000s, shortly after the Anchor Bay DVD had come out; Erika fell asleep immediately (Erika gotta Erika), while Doug and I were completely confused by what we were seeing and responded by creating a multiverse -- we dig on multiverses -- in which the film was shot by someone named Vincent Gardouche and a curiously Transylvanian-sounding Dario Argento ended every direction with the phrase "...at the ballet!" I never really counted this viewing as having "seen" Suspiria, because the movie was quickly incidental to me and Doug exhaustedly fucking around. 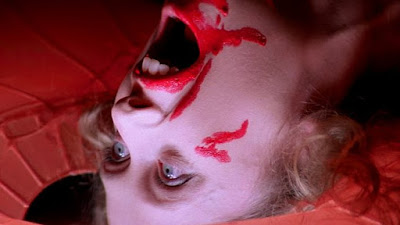 Years passed. I did not return to Suspiria. I waited until the genre fully clicked with me, at which point I went back to that Anchor Bay DVD and discovered that Suspiria isn't just one of my favorite of all Italian horror movies, but one of my favorite horror movies of all time. I'm happy that I could go into this 4K screening of the movie with so much love for the film, even though part of me wishes this had been my re-entry point. Even having seen the film several times, seeing Suspiria this way felt like seeing it for the first time. Imagine if it really had been! Oh, how I envy the Suspiria virgins in attendance that night. It's the kind of movie-going experience that has the potential to chemically change your brain. At the ballet!

What amazes me about Suspiria no matter how many times I see it is just how determined Argento is to keep us off balance for the entirety of the running time. From it's opening moments, the movie is disorienting: we see things we don't really understand (like Eva Axén mouthing dialogue we don't understand and then wandering off into the rain for reasons we don't understand) while the soundtrack plays games to fuck with our brains. As Jessica Harper -- an actress I have come to realize I would gladly watch (or, even more specifically, listen to) in any movie ever -- walks through the airport, the incredible Goblin score drops in and out depending on the camera's point of view. (P.S. -- the score is reason alone for this new 4K restoration to exist, as it has never been more apparent that it's one of the greatest film scores ever written). With its total disregard for narrative convention, Suspiria feels more like a movie that Argento would build to -- his Inland Empire, if you will. This was his first real supernatural film after a series of excellent gialli, but it's also his most impenetrable. Most filmmakers would get here after Inferno and Phenomena; instead, Argento leads with his craziest effort and dials it back from there.

Admittedly, Suspiria is not the easiest movie to watch near midnight after a six-day road trip in which we drove halfway across the country (which is to say nothing of Heather's experience, having traveled from Los Angeles all night after a canceled flight and a series of delays). It's the kind of film that's hypnotic and lulls me into a trance, which is a wonderful effect and one of the major reasons I love it but also has the potential to hypnotize me into sleep. Luckily, the audio was cranked up so loud and the images so mind-blowingly beautiful that I was able to combat my own exhaustion and continually search the frame for new details. This may be the only opportunity I get to see this 4K restoration screened theatrically; if it isn't, I will go see it again and again as often as possible. This will not happen; the Blu-ray will be released instead, which I will watch until my family leaves me. If you have any opportunity to see this restoration on the big screen, do not miss out. Even if it requires travel. Like, a good amount of travel.

In the past, I've kicked around which Argento movie is really my favorite. It was often a toss-up between Deep Red, Tenebrae and Suspiria, and if I hadn't already settled on Suspiria a while back when I realized it's one of my five favorite horror movies ever, this screening would have decided it for sure. If you've never seen it or haven't seen it in years, don't dig out your old DVD or watch the version streaming on Amazon Prime. Try to hold off until you can see Synapse's restoration. It's the kind of thing that makes a masterpiece even better and further cements Suspiria as a classic without peer and one of the greatest horror films ever made. Thanks to Dario Argento, Daria Nicolodi, Don May Jr., Synapse Films and Flashback Weekend for my favorite theatrical experience of the year. Suspiria is a movie that continues to change my life.