Objectively Subjective: Documentaries That Are Easy to Love 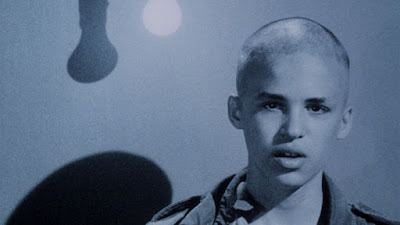 I've always been fascinated by subcultures, super fans and the hopelessly dedicated. Whether that devotion is to a fandom, a craft, or a pie-in-the-sky project, the truly passionate are the ones who catch my eye and win my heart.

With that in mind, documentaries with a sociocultural bent have been a minor addiction of mine since high school. Sure, we're at the mercy of the filmmaker's eye, but enough truth always makes its way into each frame that, at the end of an especially good one, I feel like I've walked around in the living room of some of these subjects. Here are a few of my faves that may appeal to my fellow nosy movie fans. 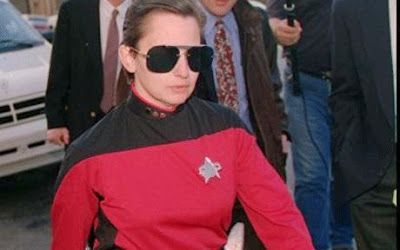 Full disclosure: I'm far more of a Trekkies fan than an actual Trekkie/Trekker. I've seen most of the original series, a handful and The Next Generation, and maybe three total combined episodes of the rest. Of the films, I have yet to see any J.J. Abrams, and my favorite overall is the one with the whale. I love the culture of this decades-spanning fandom, though. I love how distinguished professors can wax philosophically on the Klingon language while a group of people in full cosplay can have a fake battle in a Hilton conference hall. There's room for everyone, and I always feel a little giddy watching these. I'm actually too intimidated to go to one of these conventions, even though I'd love to. A lot of people call these out for only showing "the weird ones," but frankly, if I'm watching a movie, I want to see the juror on the Clinton Whitewater case wear a Starfleet uniform to court rather than the guy who owns the DVDs and enjoys them once in awhile. 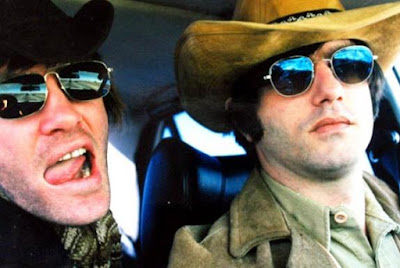 Whether or not you're familiar with either The Dandy Warhols or The Brian Jonestown Massacre, two '90s bands that specialized in throwback psychedelia pop music (for the most part), there's a lot to love in Ondi Timoner's documentary, which follows the bands over seven years. Their close friendship deteriorates into a fierce rivalry, one band finds some mainstream success while the other (arguably) more talented band languishes in obscurity, and the folly of youth, egos and having your worst moments captured on film for strangers to judge combines in a delicious soup that provides an addictive but bearable heartburn. 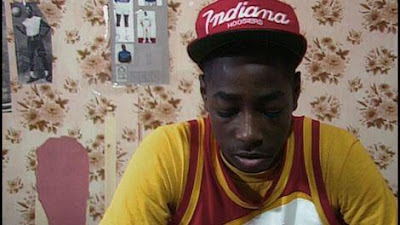 It's hard recommending Hoop Dreams as "fun," but it's easy to recommend as brilliant and surprisingly enjoyable to watch. We follow William and Arthur, two Chicago kids dealing with far more issues than kids should even have to know about. Both are exceptionally talented basketball players who are given a scholarship to a private Catholic school. Fortunes rise and fade for both following the next four years, and there are absolutely devastating scenes of poverty, familial strife and selfish adults playing fast and loose with the lives of children because they may be able to make them money. Still, it's a masterfully constructed documentary that pulls no punches while also having absolute love and empathy for its subjects. I've watched this with and without the commentary about a dozen times, and it's gotten to a point where I feel like I actually know these kids (who are, in reality, over 10 years my senior, but I doubt that'll ever register in my mind or heart.) Hoop Dreams shows humanity better than most films I've ever seen, warts, heart and all.

This one is pretty obscure, but I've watched it every October for Halloween since buying the DVD years ago. Hosted by B-movie bombshell Tiffany Shepis, this is a no-budget, shot on video documentary that focuses on the 2004 Chiller Theater convention in New Jersey. It's uncomfortable, funny, oddly charming, very clunky, and now bittersweet as it features the late David Carradine, Zacherley the "Cool Ghoul" and Gunnar Hansen heavily. The best moment is probably the filmmakers catching Hansen ordering a meat lover's pizza to be delivered to his hotel room off camera.

Plagues and Pleasures on the Salton Sea 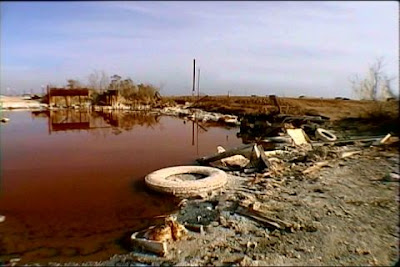 "Where utopia and the apocalypse meet to dance a dirty tango."

I picked this up randomly at the library to rent a few years back, immediately perking up to the "narrated by John Waters" on the front cover. I'm thrilled that I did, because beyond Waters' gorgeous, wise voice, this was a fascinating look into a truly legendary piece of West Coast lore -- lore I was just barely familiar with, even though I've lived on this side of the country the vast majority of my life. What began as an accidental man-made body of water created a tiny resort town in the 50s and 60s that rivaled Palm Springs. Sadly, nature eventually bit back and turned the famed vacation spot into a near ghost town. We're talking dead fish, unbearably salty and smelly water, bird disease and natural disasters of every water-related strip. This is a fascinating look into the people who choose to continue living there and how quickly nature can destroy who people were foolish enough to build and hope on. 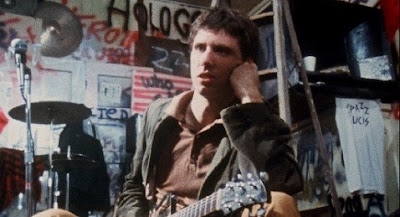 In 1981, Penelope Spheeris (Suburbia, Wayne's World) was in the right place at the right time when she filmed a documentary about the thriving punk scene going on in L.A. It's very raw and does an extraordinary job of capturing the shows and their immediate impact on the (mostly) young teenage pits. It's as disturbing as it is passionate. 1988's Volume 2 went another route and followed metal bands -- not even thrash, but mostly glam and "butt rock" bands on the Sunset Strip. Interspersed with interview footage of Ozzy Osbourne, Alice Cooper, Aerosmith, Dave Mustaine and others, this one was dripping in artifice because just about every person on camera was trying to sell their band and their carefully cultivated image. It's a sea change from volumes 1 and 3, but it's fascinating and hilarious. 1998's Vol. III returns to the punk roots by focusing on gutter punks. They are largely homeless kids, and much like Vol. II, Spheeris highlights how prevalent alcoholism (far more than any other drug) is in their lives. Wow, I'm really selling these as fun, eh? Whatever music you like: from the sublimely ridiculous to the darkly heart wrenching, these are essential viewing for anyone with even a passing interest in subcultures.

Mayor of the Sunset Strip 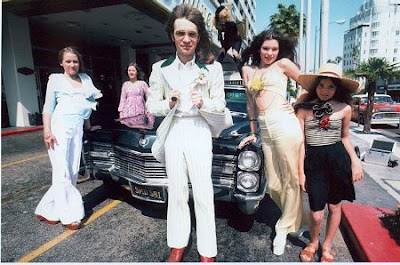 Rodney Bingenheimer helped introduce David Bowie to the United States, so he'll always be golden in my book. Sadly, 2017 brought an end to his legendary radio show "Rodney on the ROQ," which was one of the most influential platforms for introducing pop and rock music to L.A. and the US at large for over 40 years. Filmed in 2003, we follow Rodney as he hobnobs with celebrities around Hollywood and records his radio show. He was Davy Jones' double in The Monkees! His club "Rodney Bingenheimer's English Disco" was THE place to be in the '70s! That said, we also see a lot of quiet relationships with the non-famous, heartbreak, loneliness, and vulnerability. The moments where Rodney walks around his late mother's house and avoids talking about the obvious unrequited crush he has on a friend are some of my favorites. Rodney now has a new SiriusXM show and seems to hang out with Kansas Bowling pretty frequently, so he's keeping the star struck, in-the-know L.A. vibe alive and well. 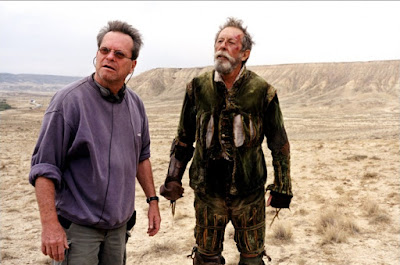 GOOD NEWS: The Man Who Killed Don Quixote has finally wrapped shooting, and those of us who are Terry Gilliam diehards will finally get to see the film that we watched crash and burn in this 2002 documentary. With Johnny Depp starring, Gilliam was poised to finally get this passion project off the ground. The documentary shows joyful pre-production meetings that turn into filming on set, but the small burdens that usually happen on most sets start piling up. This culminated in a lead actor's injury costing the film's insurance company millions of dollars. The insurance company effectively owned the film after that, and the entire production was scrapped. It's at turns very funny, warm, devastating, absurd and hopeful. Revisiting it after knowing Gilliam will finally get his vision on screen gives it a great, new verve that it didn't have before, and I highly recommend it to everyone, especially those who love documentaries like Burden of Dreams or Lost Soul where the making of the film becomes an eclipsing epic on its own.
Posted by Patrick Bromley at 12:00 PM