You're not done watching scary movies yet, are you? 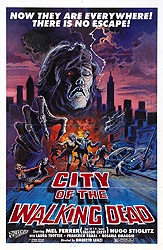 Nightmare City (1980, dir. Umberto Lenzi) Honor the passing of Umberto Lenzi this week by watching his exploitation zombie classic, a crude but entertaining movie and the primary inspiration for Robert Rodriguez's Planet Terror. The zombies look like mudfaces and the film has Lenzi's usual rough-around-the-edges construction. There's also a few great scenes and lots of craziness, plus a cool climax at an amusement park that's ruined by a stupid ending. Goodbye, Umberto Lenzi, you crazy bastard. (Watch on Shudder) 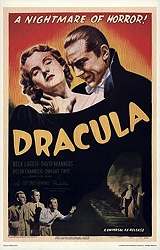 Dracula (1931, dir. Tod Browning) Shudder did everyone a favor this week by adding all of the major Universal monster classics to their streaming library, so those of us who haven't already purchased the movie five times across four different formats can watch them all leading up to Halloween. You can't go wrong with any of them, but I'm partial to Dracula because it launched the Universal monsters and because it has better creepy atmosphere than any of its contemporaries, even if, yes, it's a little sluggish. Also, the hiss. Never underestimate the hiss. (Watch on Shudder) 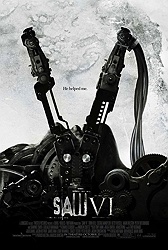 Saw VI (2009, dir. Kevin Greutert) We're just a week out from Jigsaw, Lionsgate's attempt to restart their Saw franchise that dominated much of horror in the 2000s. I'm on record as being a fan of the series' insane devotion to continuity, but I also think you can watch Saw VI -- still the best in the series, as far as I'm concerned -- without really knowing much else about the franchise. I haven't seen it in a few years, so I wonder if the film's criticism of the health care industry will play as well now that it's an entire political party, not necessarily the insurance companies, that have become the enemy of American health and caretaking. (Watch on Netflix) 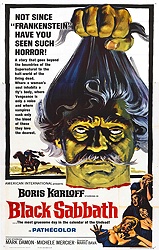 Black Sabbath (1963, dir. Mario Bava) I just revisited the AIP cut of Mario Bava's anthology Black Sabbath over the weekend, and I gotta say I still don't hate it. I know that's blasphemy because the opening is different and, more importantly, the best segment "The Drop of Water" appears first instead of last (as it does in the Italian cut), but I'm of two minds on that one. I know it's important to build towards something, but there's also something to be said for starting as strong as possible; we're more likely to stick with a movie that grabs us immediately. I don't know. Both versions are good, and this is one of the best anthologies ever made, so you really can't go wrong. (Watch on Tubi TV) 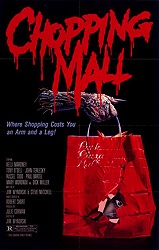 Chopping Mall (1986, dir. Jim Wynorski) Heath was just talking about this one on our most recent podcast, and I'll second everything he says about the movie. It's a great representation of a certain kind of '80s horror film we fans still hold in tremendously high regard today: kind of cheap, kind of stupid, but knows exactly what it is and has so, so much fun being that thing. (Watch on Amazon Prime Video) 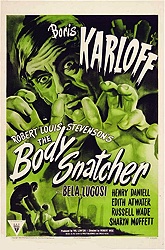 The Body Snatcher (1945, dir. Robert Wise) This Val Lewton production features what is, I think, one of Boris Karloff's very best performances as a gravedigger who forms an unholy alliance with a doctor who is conducting radical medical experiments. Karloff is pathetic and detestable and utterly fascinating, creating a character is who almost tragically sympathetic in his awfulness. Bela Lugosi has a supporting role, too, making this the last time the two giants would appear in a movie together. This movie is so good. (Watch on FilmStruck) 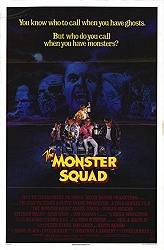 The Monster Squad (1987, dir. Fred Dekker) You can't really have a #ScaryMovieMonth without watching The Monster Squad. I mean, of course you could, but why would you want to? Plus, Hulu just added a short reunion piece with stars Andre Gower, Ryan Lambert and Ashley Banks hosted by friend of the site and Shock Waves host Rob Galluzzo. Bonus content! Bonus recommendation (Watch on Hulu) 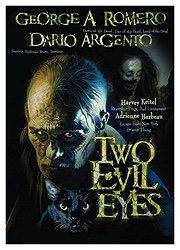 Two Evil Eyes (1990, dir. George A. Romero/Dario Argento) Not really an anthology so much as two one-hour films slapped together (think of it as watching two episodes of Masters of Horror back to back), both directed by two of the greatest the genre has ever known and inspired by the writing of Edgar Allan Poe. I won't argue that either is the best work Romero or Argento has ever done, but the movie is really fun and well worth any horror fan's time. (Watch free with ads on Shout Factory TV) 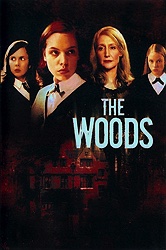 The Woods (2006, dir. Lucky McKee) Despite my great love for Lucky McKee, I did not love The Woods the first time I saw it. When I revisited this movie a few years ago for the Blu-ray release, I realized I had reacted unfairly because I was wanting another May and The Woods isn't it, even though it's closer than I originally was able to admit. This is McKee's take on Suspiria: a dreamy teenage fantasy about a girls' boarding school being run by witches. So much of McKee's stylization is on display that I can't believe it went over my head the first time -- his use of slow-motion, his use of music, the focus on navigating the world as a woman. It doesn't get talked about much these days, but I think it's something special. Sorry if I was ever part of the problem. (Watch free with ads on Vudu)
Posted by Patrick Bromley at 12:00 PM