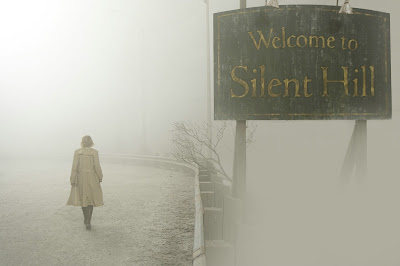 “Mother is god in the eyes of a child.”

For many of us, the most significant emotion of parenthood is the overwhelming paranoia that we will totally and irrevocably fuck up our children’s lives forever. And that’s on a good day. Rose and Christopher Da Silva (Radha Mitchell and Sean Bean) are not having a good day. There haven’t been any good days for a while, in fact. For weeks, they’ve been plagued by their adopted daughter Sharon’s (Jodelle Ferland) inexplicable sleepwalking and harrowing nightmares about a place none of them has ever been, a famous American ghost town called Silent Hill. Sharon has no memory of these incidents in her waking hours, which is cause enough for Christopher to insist that she be moved to a hospital for more intense care. Rose, however, is sure that the only way to calm her daughter’s mind is to take her to Silent Hill and confront whatever force has been haunting her. She takes off with Sharon late one night, only to attract the attention of police officer Cybil Bennett (Laurie Holden), whose personal history with Silent Hill makes her wary of anyone willingly heading in that direction. Cybil’s fears are confirmed when Sharon goes missing and all three women find themselves mysteriously trapped in a dark and foggy alternate reality. 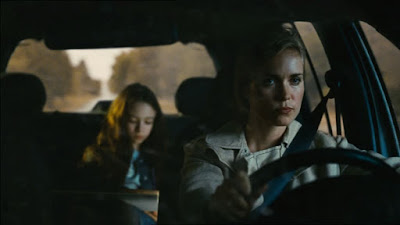 So far, so familiar. But in adapting (roughly) the first two entries of the popular video game franchise, Christophe Gans’ Silent Hill trades the male-centric points of view of Harry Mason and James Sunderland for that of Rose Da Silva, a worried mother. A female-driven horror film is nothing new, of course, but Silent Hill goes even further by drawing clear dimensional lines between the maternal and paternal experiences. Rose and Cybil discover that their violent nightmare world is the creation of Alessa Gillespie (Ferland), whose brutal torture at the hands of a group of religious fanatics led by Christabella (Alice Krige) ignited a rage that has consumed the entire town. Alessa’s mother, Dahlia (Deborah Kara Unger) lives as a desperate and broken pariah, and True Believers like Anna (Tanya Allen) see the militant Christabella as their savior. Meanwhile, Christopher and police officer Thomas Gucci (Kim Coates) search helplessly through the “real world” Silent Hill, a place long-abandoned after Alessa’s apocalypse rendered it uninhabitable. Christopher can feel Rose’s presence, but he can’t see her. He combs through police records and learns his daughter’s secret origins while Gucci — still scarred from witnessing Alessa’s torture — begs him to turn around and go home.

Not only are Silent Hill’s male characters largely cut off from the action, but many of the film’s monstrous creatures personify destructive masculine impulses. One of Rose’s first encounters is with Colin (Roberto Campanella), the grade school janitor who sexually abused Alessa when she was a young girl. Colin is now grotesque and undead, blinded and bound by barbed wire and forced to crawl impotently along the floors of the derelict school for all time. The giant Pyramid Head (also Campanella) stalks the remaining residents of Silent Hill, awkwardly swinging his oversized, phallic sword at anything that crosses his path. The character first appeared in the game Silent Hill 2 as a manifestation of protagonist James Sunderland’s repressed guilt; after the death of his wife, James had an unconscious need for an executioner who could punish him for his sins. Gans (together with co-screenwriter Roger Avery) evokes a similar symbolism by having the character act as an oppressive, penetrative force. In an early scene, Rose and Cybil hide in a small, womb-like space while Pyramid Head stabs at them blindly from the other side of the door. Through her creations, it becomes clear that Alessa’s pain is rooted in sexual violence: when finally given the chance for revenge against Christabella, she makes sure to violate her with barbed wire before ripping her in half. 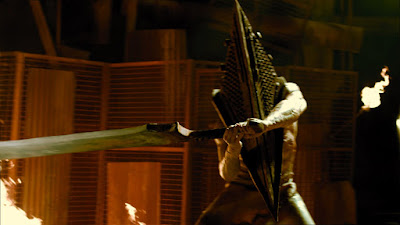 That revenge is only possible because of Rose’s intervention. For years, the dark half of Alessa’s psyche waited for an opportunity to get into Christabella’s sanctuary and wipe out the puritanical cult that — after Dahlia refused to name the man who fathered her — insisted she be “purified” by fire. When Christabella and her followers take Sharon (revealed to be the “good” half of Alessa*) hostage, Rose agrees to merge with the demon before entering the church. She then “births” a pathway that allows the scarred, human adult Alessa (Lorry Ayers) to enter the space and murder the parishioners.* This not only serves to bring Sharon some peace (though one could argue that seeing dozens of people ruthlessly murdered might leave her more psychologically damaged than when she began), but it cements Rose’s place as the adopted girl’s true mother. Rose’s willingness to descend into darkness to get her back exemplifies the kind of commitment and compassion that Alessa so desperately needed, the exact kind that Dahlia, Christabella, and even Christopher failed to extend to her. Despite all of this, Alessa spares Dahlia in her final assault. “Mother is god in the eyes of a child,” Rose tells her as they leave. Cheryl even echoes this as she burns alive, pleading, “Mama, be with me.” 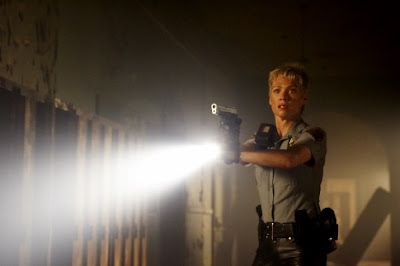 Though Sharon and Rose escape Silent Hill, they do not return to our (or at least Christopher’s) reality. The film offers no clear answers, but its enigmatic ending suggests a number of questions: Did the pair permanently damn themselves to the alternate world by merging with Alessa? Is that world itself a kind of purgatory, a perpetual state of unrest between heaven and hell? Is the film positing (like some have suggested of Twin Peaks: The Return) that once a child is abused, their pain never really heals? Perhaps the open front door in Christopher’s reality means that they’ll re-emerge one day. But what, then, has happened to Silent Hill? Did the adult Alessa merge with her younger, spiritual counterparts?* Regardless of the cosmological logistics, mother and daughter are now permanently joined in a shared state of existence, which is exactly what Rose was searching for from the beginning. She wanted to understand her daughter, to connect with her. She wanted to stop Sharon’s nightmares and bring her some peace. Though they may never return to their previous lives — and Christopher may spend his life searching for them — that may be enough. After all, mother is god in the eyes of a child.

*Look, not everything in this movie makes sense.