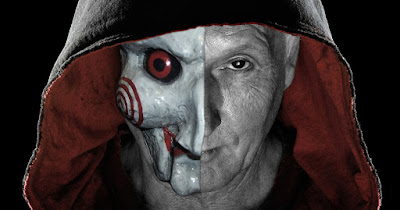 Jigsaw is no worse than even the most average of Saw movies. Unfortunately, it isn't any better, either.

After seven years away, I was really hoping that Jigsaw -- the first new installment in the Saw franchise since Saw 3D: The Final Chapter (not the final chapter) -- would return to series back to someplace original and interesting. After a one-a-year string of sequels that succumbed to franchise fatigue, churning out the same story and execution in one grim torture-filled mystery after another (except for you, Saw 6), it was clear that the creative team behind Saw had run out of, well, creativity. The series ended on a real whimper with The Final Chapter, the low point in the franchise and proof that it was time for Jigsaw to hang up his mini cassettes. So when it was announced that the franchise was getting a restart with Jigsaw, the question became: why now? Do we need Jigsaw back? Have the people steering the ship come up with something brand new to say about the biggest horror franchise of the 2000s? Or is the motivation for bringing John Kramer back to the big screen simply, as the cynics might suspect, only money?

The answer, it seems, is pretty much "it's money." I can't accuse Jigsaw of being only a cash grab, as it appears to exist in order to kickstart a new series of sequels -- sequels that are designed to make money. But, hey, that's the goal of most modern movies, so I'm not going to hold that against Twisted Pictures anymore than I would hold it against Marvel Studios or Pixar when they constantly sequelize their properties. My issues with Jigsaw are not that it wants to turn a profit. My issue is that the movie isn't strong enough to make me want to pay for the next one. 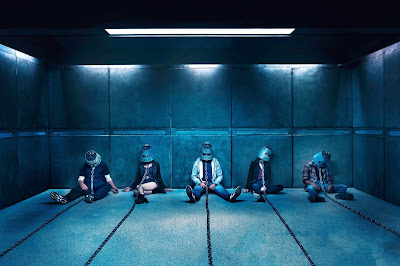 The plot is standard-issue Saw stuff. Five strangers wake up in a room, buckets on their heads, chained to the wall, being dragged toward spinning saw blades. Solve the problem, confess their sins, blah blah blah, and they can escape. Like all of Jigsaw's previous victims students, they must learn lessons and make sacrifices as they move from room to room, hoping to survive and escape with their lives. At the same time, a cop (Callum Keith Rennie) and a medical examiner (Matt Passmore) work to solve the mystery of these recent killings and find out whether or not the man known as Jigsaw could be behind them. Is John Kramer (Tobin Bell) still alive? And how?

So, elaborate traps? Check. Detectives trying to solve the case? Check. Lots of screaming? Check. Intense gore? Check. Questionable performances? Check. This is a Saw movie through and through, for better and for worse. Fans hoping for more of the same ought to be satiated; audience members like myself, who were hoping that the time off recharged the batteries in this franchise and gave the filmmakers time to find a new approach to the same material, are bound to be disappointed. It's especially disappointing considering that Jigsaw is directed by Michael and Peter Spierig, the Australian brother duo responsible for Undead, Daybreakers, and, most recently, Predestination. Even their less successful efforts have been interesting and inventive, so I got my hopes up in learning they were directed this new installment. Surely they would bring something new to a franchise that has needed something new for a long time. Sadly, no. It's Saw business as Saw usual. 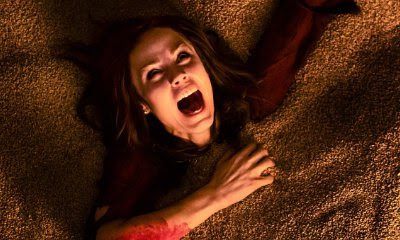 Well, that's not entirely true. The Spierigs and cinematographer Ben Nott at least give Jigsaw a new, cleaner aesthetic, doing away with the puke-colored palette and grainy stock of all the previous entries in favor of something more colorful and less nu-metal. Gone are the rapid edits (what the great critic known as Outlaw Vern refers to as "Avid farts") and circling camera; in fact, this is the first entry in the Saw franchise to be shot in 2.35 scope widescreen. None of this is to say that Jigsaw is especially great-looking or well shot, but just that it's at least not a continuation of the same shitty aesthetic that James Wan and (especially) Darren Lynn Bousman started in the first two films. The Spierigs do a very competent job of making a Saw movie that feels a bit bigger than the previous entries, but one that's also underwhelming in terms of being something better.

The acting has never been a strong suit of the Saw series, going all the way back to the performances of Cary Elwes, Danny Glover, and Leigh Whannell (who, in his defense, was primarily a screenwriter at the time and has gotten much better as an actor) in the first movie. That's no different here. Callum Keith Rennie is a welcome presence in anything, but in Jigsaw seems to be doing a parody of a grizzled cop.  Within seconds of him speaking on screen for the first time, I knew that leading man Matt Passmore was an Australian actor attempting to pass for an American by way of a questionable accent. I have no idea if I knew this because of something about the way he spoke or if I have just come to understand that Aussies-as-American are a staple of the Saw movies going all the way back to Leigh Whannell. There's no one who's as actively awful as, say, Scott Patterson is in IV and V (sorry, Luke), and Laura Vandervoort probably acquits herself best as one of Jigsaw's potential victims, but it's a bummer to watch this entry make so many of the exact same mistakes as the previous movies. This was a chance for new blood, so to speak. Instead, it's just more Saw. 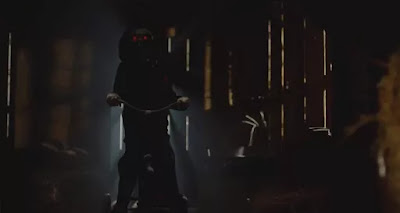 I'm not trying to sound overly negative about the Saw movies. I like the Saw movies, especially for their overly complicated mythology and continuity. Jigsaw abandons most of the threads left dangling by the previous installment, instead opting to reboot the franchise with mostly new characters and build a new mythology. As someone who has seen every entry more than once, I can say that nothing in Jigsaw surprised me at all, which is a problem for a film that's so dependent on twists and surprises. I appreciate that it's structured as a mystery, though, which hasn't really happened since the first film, but in the end I'm disappointed that a movie with seven years of buildup and interesting, idiosyncratic filmmakers winds up this average, all things considered. I do find it fascinating that we're getting a new Saw movie now; we were getting one a year during much of the Bush presidency (and a few that bled over into Obama's), and now after seven years of quiet the franchise is coming back with Trump in the White House. That may not be a coincidence. And while I found this to be just ok as a franchise installment, maybe we need Saw now more than ever.

I will say this: if there is a sequel, it really needs to be a Fast Five-style entry in which all of Jigsaw's living proteges compete with one another to see who can create the best traps and kill the most people. And both the contest and the movie need to be called Jigsoff. Your move, Hollywood.
Posted by Patrick Bromley at 12:00 PM