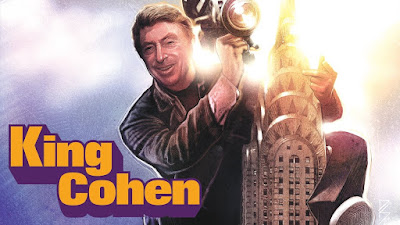 If you love movies -- especially genre movies, but any kind of movies, really -- you have to recognize Larry Cohen as a goddamn treasure.

A fixture of low-budget filmmaking since the 1970s, there is no filmmaker quite like Larry Cohen. His scripts are brilliant: smart, structurally sound, filled with ideas, subversive, and incredibly satisfying. His directing style is unpretentious and has an air of danger about it, mostly because he made so many in and around New York City in the 1970s and '80s when the city had a very different energy and he did it all guerilla-style, stealing shots without permits and grabbing locations that gave his movies real production value at no additional cost. And though he almost always worked within identifiable genres -- action, blaxploitation, horror -- his movies are impossible to truly predict. Sometimes they zag when you expect them to zig, like in Special Effects; other times, like in the case of God Told Me To, they become another movie entirely. He is one of the true originals of cinema and we are lucky to have him. 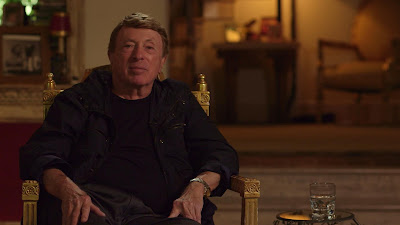 Director Steve Mitchell's new documentary King Cohen: The Wild World of Filmmaker Larry Cohen, a movie-lover's dream. Essentially two hours of Cohen telling stories about his career -- with additional commentary from his collaborators, his loved ones (both his current and ex wife are interviewed extensively), and filmmaking admirers like Martin Scorsese, Joe Dante, Mick Garris, and John Landis, King Cohen is a celebration of the director's work. More specifically, it's a celebration of the director himself. He's endlessly creative but a total pragmatist, and that dichotomy makes for a fascinating figure within a system that rewards both personality types in separate fields. But because Cohen is the best of both worlds, he is, as described by those close to him, a one-man moviemaking machine: he writes, he directs, he produces. He's talented and resourceful enough to cut through pretty much all of the bullshit of the Hollywood process, and that's a big part of what makes him such a joy to listen to as he discusses making movies. If you're familiar with his work, the way that he talks about his movies is exactly the way you think and hope he will. And because he's funny and has a natural gift for storytelling, even the talking head sections are fun.

My favorite sections in the movie are the ones in which Cohen opens up about some of his relationships with classic Hollywood actors and technicians who became collaborators and friends: people like Bernard Herrmann, Red Buttons, Sam Fuller, and, finally, Bette Davis, whose relationship with Cohen went a different way. These stories are touching and speak to Cohen's love of classic Hollywood and his desire to give great actors work when they were no longer able to find it (though he admits the decision is also cannily economical). It also speaks to a sweetness and a beautiful spirit that isn't always obvious in his gritty, transgressive movies. He forged relationships with some of these men that were more familial than friendly, and when he recounts the last days he spent with Red Buttons and Bernard Herrmann, it's genuinely moving. 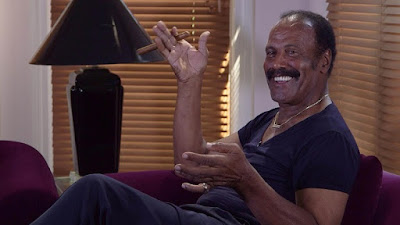 Cohen's films are important, too, not just as a model for low-budget filmmaking, but also for their social significance. He was one of the first white filmmakers to make genre movies with all black casts, and his early collaborations with Yaphet Kotto (in Bone) and, more specifically, Fred Williamson (in Black Caesar and Hell Up in Harlem) helped create what would become the blaxploitation genre of the 1970s. Cohen is modest about the whole thing, again speaking to the economics of the projects and adopting a sort of "Why wouldn't I?" attitude, which only endears him to me more. Fred Williamson's interview segments are incredibly entertaining, too, mostly because he and Cohen have conflicting memories about of how certain things went down during filming, from their early movies through Original Gangstas in 1996. 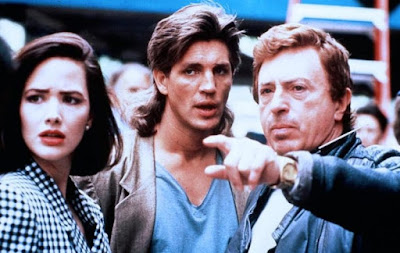 Between last year's De Palma, Spielberg on HBO and now King Cohen, we are getting spoiled with these career-retrospective filmmaker documentaries. This one does everything I want it to do: it gives me the chance to listen to Cohen and his collaborators talk about the movies, it helps to highlight what is so special about him as an artist, and it makes me want to go back and revisit every one of his movies. Larry Cohen is one of a kind. I'm so happy to have a movie celebrating him.