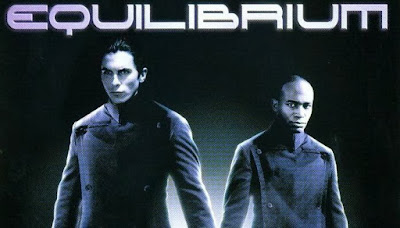 I saw Equilibrium for the first time about ten years ago while I was in college. I watched the movie frequently with a group of friends, and we thought it was wicked fun. I hadn't seen Equilibrium since, and I wanted to see if the movie was as fun as I remembered or if I had been building it up in my head. Let’s find out how I felt after seeing it for the first time in years!

Equilibrium was released in 2002 and was directed by Kurt Wimmer. Although he was written many movies, Wimmer's only other directing credit is 2006's Ultraviolet. Between the two, I prefer Equilibrium! The movie stars Christian Bale, Sean Bean, Taye Diggs, and Emily Watson and takes place in a future dystopian world known as Libria, a totalitarian state ruled by a small council. To avoid any future wars, the population is forced to take Prozium, a drug that inhibits all emotion. The reasoning behind this is that if there are no emotions, there is no anger and no fighting, which means no war. I'm not sure I follow that logic, but I'm willing to suspend disbelief for the movie! As is often the case in worlds where people are told what to do, there are those who resist – an underground movement of "Sense Offenders." Sense Offenders are people who refuse to take Prozium, as well as people who keep objects that the government considers illegal. Illegal artifacts include any art, literature, or music. Picture Fahrenheit 451, but on a much larger scale. 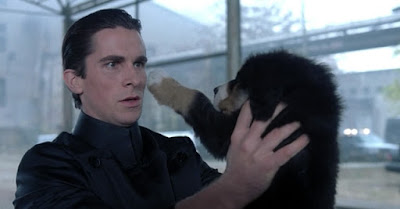 It is in this world that John Preston (Christian Bale) works as a Grammaton Cleric. I know, it sounds like the name of a religious order dedicated to proper grammar. His actual job is to hunt down Sense Offenders and destroy all illegal goods that they may be hiding. And Preston is not only good - he's the best! It's in the process of completing his job that Preston misses a dose of his Prozium and begins to feel emotions. Once that happens, all bets are off and Preston starts to question everything that he has supported over the years. I won't tell what happens from there, as I do think people should check out Equilibrium and I don't want to spoil everything!

I like to pick an MVP when I’m watching movies – the actor or character that I think brings the most to the screen. For Equilibrium, that has to be Taye Diggs as Andrew Brandt. Brandt is Preston's new partner in the Clerics, who wants to move up the career ladder. Taye Diggs seems to be the only one in the movie having any fun. Most of the cast plays everything as serious and dour; Diggs, on the other hand, appears to relish being a jerk and you can hear the smirk in his voice in every line. I find that against the monotony of the other characters, this smarminess works. It's nice to have something a little more lighthearted and different on screen! 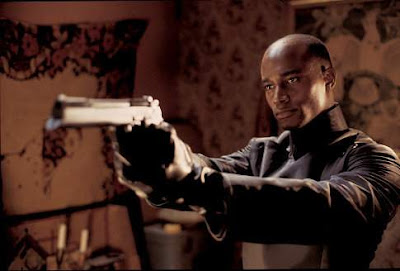 That brings me to my main issue with Equilibrium. The movie takes itself too seriously! Everything on screen is dull shades of grey or brown, and the atmosphere of the world is oppressively depressing. There's nothing wrong with this aesthetic – I tend to like my movies oppressive and swimming in existential dread. The problem is that a significant plot point of Equilibrium is the use of Gun Kata by the Clerics. Gun Kata is a gun-wielding version of martial arts, and while reasonably cool looking on screen (the film tends to depend too much on a strobe light effect when it’s happening), it never comes across as serious enough for the rest of the movie. The whiplash between the monochromatic depressing world and people doing gun poses can be a little intense.

However, my few issues with Equilibrium do not mean that I think people should avoid the movie! I didn't have as much fun as I had with friends years ago, but I still enjoyed myself. Just, maybe, see it with a group of friends ready to have fun instead of mid-day by yourself? 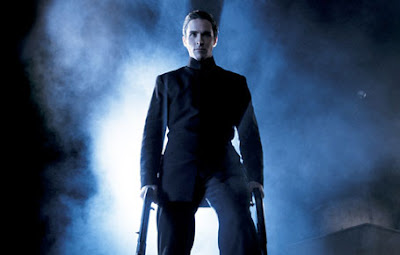 And as always (by always, I mean twice) I leave you with Robyn’s Ramblings!

• Grammaton Cleric sounds like a group dedicated to proper grammar.

• The world of this movie seems like a real shit place to live.

• Zeppelins? Really? We went back to those for transportation?

• I couldn't handle having to shoot goo into my neck every day. I'd die so fast in this world.

• Using a giant paper book to log everything seems like a terrible idea in a world with advanced technology.

• I know they don't have emotions in this world, but why don't they have pillows on beds?

• Do they start babies on the sense suppressers as soon as they're born? I'm confused by these logistics.

• Bale is terrible at hiding that he feels emotions. He's the worst at this.

• Disco balls and Newton's cradles are illegal in this world.

• Every hideout that they raid looks like an antique shop.

• Bale is really good at killing.

• Do you think Bale used this for training for Batman?

• Taye Diggs is so good as a bad guy.

• How has Bale not been caught?

• Taye Diggs relishes being a jerk. Love it.

• Matrix time!
Posted by Patrick Bromley at 5:00 AM