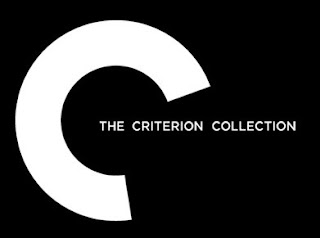 Celebrate Barnes & Noble’s semiannual sale with a look back at a few favorites.

It’s time again for the famous Criterion Collection sale, those wonderful few weeks out of every year when Barnes & Noble stops being the absolute worst retailer in America long enough to take 50% off your film school syllabus. My snarky nonsense aside, those of us who still collect physical media consider this a holy time of celebration. We gather eagerly around each display, combing through titles row by row. “Which Antonioni film did I forget last time?” we ask ourselves. “Has enough time gone by that I can pick up Blue is the Warmest Color without seeming like a pervert?” Probably not. Anyway, here’s a look at some of my favorite Criterion releases: 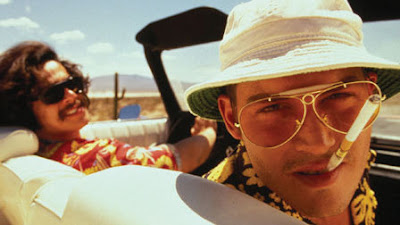 Dr. Hunter S. Thompson’s savage journey into the heart of the American Dream was one of my favorite movies long before it became one of my favorite books. Combining Terry Gilliam’s surreal direction with manic, sweat-soaked performances from Johnny Depp and Benicio del Toro, the film is a perfect introduction to Thompson’s world of Gonzo journalism and, even now, immensely underrated. The Criterion edition is filled with great bonus features (including a fascinating documentary about Oscar Acosta and a few scenes from the Fear and Loathing radio play), but the best comes from Thompson himself: a feature-length audio commentary in which he complains about Terry Gilliam, calls Tobey Maguire a “wax doll freak,” and generally behaves like a cock-eyed madman. It’s required listening for those who (like me) worship at the feet of the good doctor. This was one of my first Criterion purchases and remains one of my favorites. 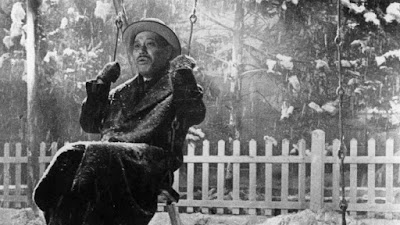 I’ve already written at length about my love for Akira Kurosawa’s somber exploration of life and death, but it always bears a revisit. Now that I think of it, Ikiru is an ideal film for the upcoming holiday season, one that confronts the futility and impermanence of mortal existence while also celebrating the eternal resonance of a life well lived. Though Kurosawa has probably made “better” films, there’s something about Ikiru’s clean, quiet presentation (brought to life by Takashi Shimura’s haunting performance as Watanabe), that makes it feel very special. The crown jewel of Criterion’s release is the feature commentary track by Kurosawa scholar Stephen Prince, author of The Warrior’s Camera. Prince offers crucial insights into both Kurosawa’s approach to making Ikiru and the ways in which the film fits into the context of (and, at several points, functions as a commentary on) post-war Japan. It’s a beautiful release for a beautiful film. 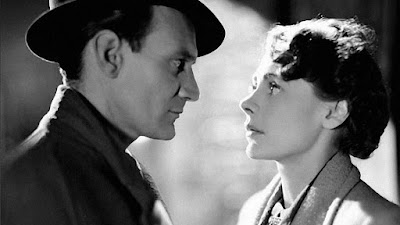 “There were no big stars,” David Lean said of his 1945 film Brief Encounter. “The main love story had an unhappy ending. The film was played in unglamorous surroundings. And the three leading characters were all approaching middle age.” Yet, as Kevin Brownlow’s essay “Riskiest Thing I Ever Did” goes on to argue, Lean’s adaptation of Noel Coward’s Still Life would end up a classic of British cinema. Brownlow’s essay and a pair of documentaries (one retrospective on the making of Brief Encounter and one on Lean himself) are just some of the great extras on Criterion’s release, many of which dive into the controversy over the (alleged) love scenes (did they or didn’t they?), the homoerotic subtext (Coward’s play was – again, allegedly – originally intended to be performed by men), and the complexities of staging a passionate love affair in a dingy train station. A tragedy of austere British manners, Brief Encounter is equal parts romantic, heartbreaking, and hopeful. 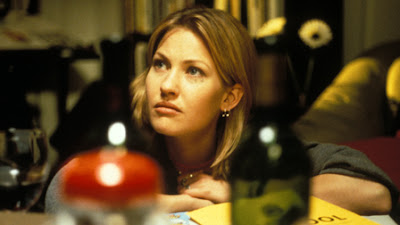 When Patrick and I discussed my favorite Kevin Smith film earlier this year, we gushed about our affection for Criterion’s excellent release, which – despite the film’s seemingly dated sexual politics – cements our special appreciation of Chasing Amy as a time capsule of ‘90s indie cinema. Its best feature is the commentary track (you’re noticing a trend here) featuring Smith, Ben Affleck, Jason Mewes, producer Scott Mosier, Miramax executive Jon Gordon, and producer Robert Hawk (whom Smith credits with discovering Clerks). While it’s nearly impossible to talk about Miramax with any kind of wistful nostalgia at this point (rightfully so), the track features a pre-burnout Smith ruminating on his new indie cred, a barely-conscious Mewes deep in the throes of his storied drug addiction, and an anonymous doofus named Ben Affleck who doesn’t know that the film he’d just finished shooting (Good Will Hunting) will soon propel him to Oscar glory. 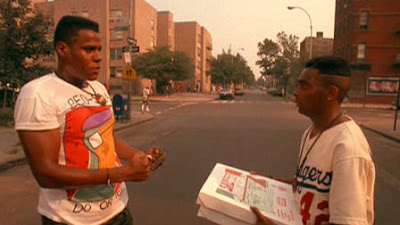 Speaking of Smith, I remember renting Do the Right Thing for the first time after hearing that he’d based the original ending of Clerks (in which Dante is shot and killed after closing the Quick Stop) on that of Spike Lee’s 1989 masterpiece. “I wanted it to be a very funny movie that ended with something very tragic,” Smith had said. Do the Right Thing is those things and more, a film far too complex to properly dissect in just a few lines. Fittingly, Criterion’s double-disc release features two of my all-time favorite bonus features: a behind-the-scenes documentary that follows Lee & Company from table read to final take, and footage of the infamous 1989 Cannes Film Festival press conference, the one where Lee assures a nervous crowd that Sal is, indeed, a racist. This exchange would help spark Lee’s adversarial relationship with the press and inspire almost three decades of heated discussion about the themes, intent, and repercussions of one of the best American films of all time.

What are some of your favorite Criterion releases? Leave them in the comments.
Posted by Patrick Bromley at 12:00 PM