Only '90s Kids: The Unexpected Nostalgia of SCREAM 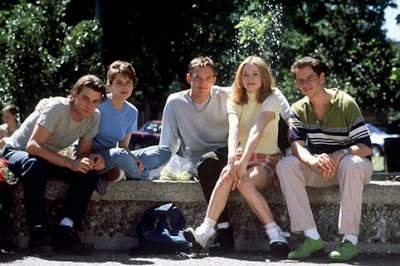 I was in middle school when Wes Craven’s Scream premiered in 1996, and I wouldn’t see the film until after its home video release, some time well into 1998. I was, for sure, not allowed to watch it (one of the rare times I remember my parents specifically restricting my viewing), but I eventually came upon it illicitly at a friend’s house one night. It was terrifying. Plenty of films had scared me before, of course (Poltergeist, with which my childhood best friend loved to torture me, and A Nightmare on Elm Street, my fear having been inspired by a life-size Freddy standee in my grandfather’s video store), but this was different. Scream wasn’t gaudy or supernatural. It wasn’t about a haunted house or a snarling creature. It wasn’t about the heaps of latex or corn syrup. For me, it was about the cool kids. High school. Adulthood. It was about sex and friends and jobs and growing up. It’s often said that slasher films target teenage audiences because they’re the most susceptible to the terrors of new freedom and responsibility, and it’s those terrors that were the most haunting. For me, Scream was all about the next step. 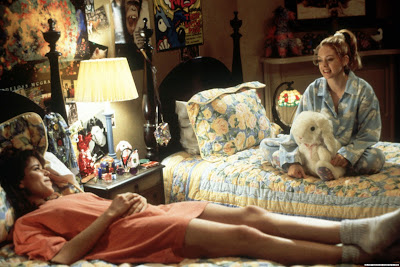 Like a lot of you, I’m sure, I didn’t really like being young. With working parents and younger siblings, I was more or less ready to be an adult long before I was physically mature enough to take on those challenges. Some people have a longing nostalgia for childhood, which I understand. Some people miss feeling safe and crave that old permission to be reckless and silly. But I never wanted to be reckless or silly, even then. There wasn’t time for it. There was too much to do. I say this not to disparage my parents (whose love and sacrifice I understand and appreciate now, more than ever), but instead to illustrate why Scream felt so special. Sidney (Neve Campbell) spent a lot of time at home alone, but she could always sleep over Tatum’s (Rose McGowan) when she needed to. Randy (Jamie Kennedy) was weird and lonely, sure, but his wit and movie knowledge made him a useful part of the group. Even Billy (Skeet Ulrich), while undoubtedly a psychotic lunatic serial-killing momma’s boy, had the freedom to tool around in his car at night, looking for some PG-13 action.

Scream frightened me, but it also excited me. It made me feel like the power to define my own destiny was right around the corner, that I needed only to reach out for it when it approached. Life would be risky and dangerous; I knew that, but I saw realistic kids who could deal with it on their own. They were intelligent and independent. Though they fought on different sides, that core cast always felt like a team. Hell, Billy and Stu (Matthew Lillard) made more sense to me than Jason, Michael, or Leatherface ever would. I saw in them my own tendency to deal with my frustrations in inappropriate and often self-destructive ways. I saw in Sidney my instinct to blame myself for my family’s various misfortunes. It all made sense to me — in a twisted way, I belonged in Woodsboro. My favorite films are all about a certain degree of wish fulfillment (Back to the Future fixes my parents divorce, Jaws brings my grandfather back to life, The Princess Bride gives me the murder dungeon I’ve always dreamed of), but Scream is the only one that makes me feel genuine, youthful optimism. 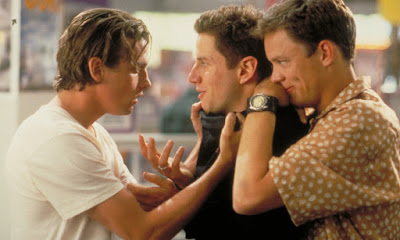 And sure, it didn’t hurt that Scream was about movie-loving kids who knew they were in a movie. Though Last Action Hero’s Danny Madigan will always be my post-modern movie fanboy avatar hero, Randy was older, funnier, and more sincere. He had half a shot with Sidney (or at least he thought he did — at thirteen, that was enough for me) and an awesome job at the video store. Most importantly, he made it to the end because he knew all the rules. He did the reading. I did the reading. Hell, I assign the reading now, and Randy’s unapologetically obsessive media literacy always made me feel powerful. He made it cool to be smart, and not just with the outcast, Stand By Me, Goonies-Never Say-Die crowd. Tatum thought Randy was cool, and Tatum was sexy as hell. Anyway. I know Scream didn’t invent these characters. These archetypes have existed for a long time, but you have to remember that slashers were dead when I was growing up, and I was mostly denied their indulgent fun until Kevin Williamson revitalized the tropes for a new generation. They finally belonged to me.

And now they belong to someone else. When I watch Scream these days, it’s as a part of the horror unit in my film class. I have to explain to these kids what landlines were and why Drew Barrymore and Sharon Stone were famous. I have to explain why Billy having a cell phone was odd and how a principal could get away with threatening to gut his students like fish without being fired. But I never have to explain why Randy is cool or why Sidney is lonely. I never have to explain why Gale (Courtney Cox) is horrible or why Stu’s Mom and Dad Are Going To Be So Mad at Him. For people of a certain age, Scream will always work. Better yet, I now get to approach it from new angles: I get to design worksheets that ask students to identify all the film’s red herrings, and I get to explain that Wes Craven put all the male characters in the same black boots to throw careful viewers off the scent. I get to prove — without a trace of rose glasses and with the full force of academia at my back — that something absolutely essential to my youth is objectively, undeniably awesome. I get to stand on that thrilling edge of adulthood for all time, and Scream stands there with me.