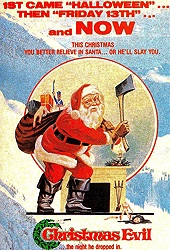 Christmas Evil (1980, dir. Lewis Jackson) Seeing as it's Christmas weekend (for those of you who celebrate Christmas), I feel obligated to recommend at least one Christmas movie. There are a lot of good Christmas horror movies, many with titles you already recognize like Black Christmas, Silent Night, Deadly Night, and Krampus. While many horror fans have probably seen (or at least heard of) Christmas Evil (aka You Better Watch Out, not to be confused with Better Watch Out, the 2017 Christmas horror movie that just showed up to stream on Shudder), it's not a movie that gets talked about quite as often as some of the other heavy-hitters. While it may not scratch the same itches as most holiday slashers, there's a psychological component that makes it resonate -- not to mention one of the best and craziest endings in any more ever. This is what you get when filmmakers take exploitation material and then try to make an actual good movie out of it. (Watch on Exploitation.TV) 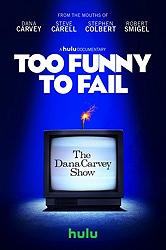 Too Funny to Fail: The Life and Death of the Dana Carvey Show (2017, dir. Josh Greenbaum) This Hulu original documentary looks back at the wonderful and ill-fated Dana Carvey Show, a primetime sketch series that ran for seven episodes back in 1996. With an insane group of talent -- Carvey, Robert Smigel, Stephen Colbert, Steve Carell, Louis CK (RIP), Robert Carlock, Jon Glaser, and Charlie Kaufman -- the show pushed the limits of comedy on a primetime network television. The documentary, which contains clips and interviews with many of the participants (no CK, thankfully), all of whom agree that it was their own hubris and unwillingness to compromise that led to the show's quick downfall. There is a scene in which everyone reacts to a commercial advertising "a very special Home Improvement" (the show's lead-in) that is among the funniest scenes in a movie this year (Watch on Hulu) 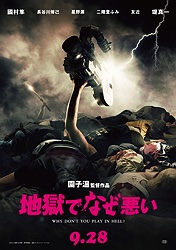 Why Don't You Play in Hell? (2014, dir. Sion Sono) One of my favorite movies of 2014 is also one of the most entertaining and celebratory movies about filmmaking I've seen in many years. A group of wannabe filmmakers (who call themselves The Fuckbombers, because this movie is the best) get caught up in making a movie for a Japanese gang at war with a rival gang. The plot is needlessly complicated to brilliant effect, the movie wildly energetic (if a little overlong), the violence insane. If you've ever found yourself sharing tastes with me, I genuinely believe that this movie is impossible not to love. (Watch on Shudder) 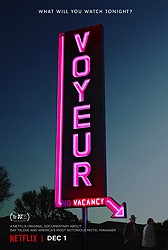 Voyeur (2017, dir. Myles Kane, Josh Koury) I had been holding off on watching this relatively new Netflix documentary because I had a bunch of screeners to catch up on, but it's a movie that was worth my time. It's the account of a man who purchases and retrofits a motel specifically so he can spy on guests from a hiding place in the ceiling and journalist Gay Talese, who is writing the book on this man. As you might expect from a documentary of this type, nothing is exactly as you think and there are a number of interesting twists. I don't know that it adds up to a whole lot in the end, but it's certainly compelling in the moment. (Watch on Netflix) 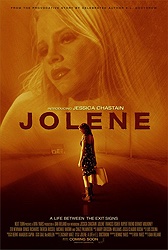 Jolene (2008, dir. Dan Ireland) I haven't seen this movie. I very rarely recommend movies I've never seen, but this is a very early Jessica Chastain performance. Maybe the first? The poster carries the "Introducing" credit. So, whatever. My rule dictates that I have to watch any more with Jessica Chastain in it. Let's hope for the best. (Watch on Amazon Prime Video)
Posted by Patrick Bromley at 12:00 PM

Email ThisBlogThis!Share to TwitterShare to FacebookShare to Pinterest
Labels: christmas evil, i stream you stream, jessica chastain, jolene, sion sono, too funny to fail, voyeur, why don't you play in hell