Intrigued by IGBY GOES DOWN 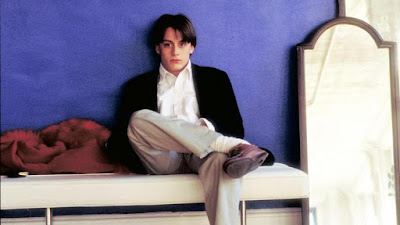 I have never been a fan of Holden Caulfield. I read The Catcher in the Rye during sophomore year of high school, and while I enjoyed the novel, I could never bring myself to like Holden. I found his behavior off-putting, and even as a teenager I was unable to relate to how he handled himself. I have an extremely low threshold for angst, especially that of the teenage variety. Readers may be wondering why I have delved into a book. Don’t worry - I remember the site I am writing for! I bring the book up because Igby Goes Down would not exist without it. So much of the character of Igby is informed by Holden Caulfield: the dislike of anything they consider fake, the lack of a healthy family structure, and the belief that they are more intelligent than everyone around them. However, my lack of love for The Catcher in the Rye does not extend to Igby Goes Down, as this is a film that I find infinitely watchable. 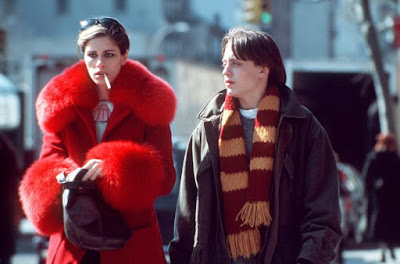 Igby Goes Down was directed by Burr Steers and released in 2002. The film is about a teenager named Igby Slocumb who wants to escape his life and his family. He comes from an upper-class East Coast family entirely comprised of characters that are… well… assholes. The only one who Igby likes is his father (Bill Pullman), who has been institutionalized after a mental breakdown that he had while Igby was still a child. His other family members include his mother Mimi (Susan Sarandon), who is more focused on herself than either of her children, as well as his brother Ollie (Ryan Phillippe), a “Young Republican” who could not be more opposite from Igby. The film focuses on Igby's attempts to distance himself from his dysfunctional family via running away from military school and hiding out with artists in New York City. I have given a very simplified version of the plot, but as I want readers to check out Igby Goes Down, I will steer clear of spoilers.

Igby is played by Kieran Culkin, and he is fantastic in the lead role. He brings a touch of sarcasm, but also a sense of heart to the part that makes Igby so much more than it could have been with a lesser actor. Igby wants to be the smartest person in every room – the one with the witty line for every occasion, but it’s not always true. Kieran Culkin plays Igby as someone who while very intelligent, is also still only a seventeen-year-old that cannot always predict how others are going to act. This makes him much more realistic, and I find it makes it easier to root for him. 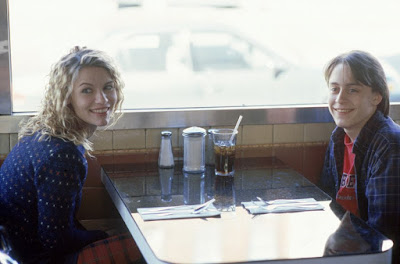 The entire cast of Igby Goes Down is very good. No actor is miscast, and no part wasted. I like to name an MVP in each article that I write, but it is difficult with this one. As I am not able to narrow it down, I’ve decided to give the MVP “award” to the friendship that develops between Sookie (Claire Danes) and Igby. They have a natural chemistry that makes it feel as if their friendship could exist in the real world. They annoy, they tease, but they both want what is best for one another. Sookie betrays Igby at one point, but it makes sense in terms of who she is. Igby later forgives her in a way that is in keeping with who he has been. I could watch a movie that was only the two of them interacting and be perfectly happy.

After rewatching Igby Goes Down, I was thrilled to realize how much I still enjoy it. I recommend that all readers go out and watch (or rewatch). You will not be disappointed! 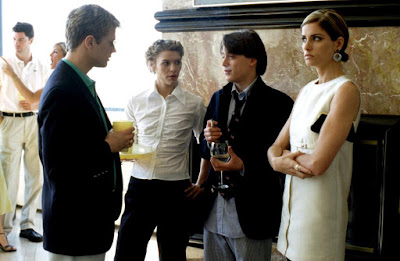 • It’s been years since I've seen this. I forgot it started with a murder.

• Bill Pullman is heartbreaking in this movie.

• The accents happening are… odd.

• Susan Sarandon as Igby’s mother is good at being the worst.

• Jeff Goldblum is smarmy in this role.

• Igby kind of sucks at running away – he was caught at the hotel in less than 24 hours.

• Claire Danes and her "that's funny" - I once dated a guy who used to say "that's funny" instead of laughing. It was weird and always came across as if he was mocking me.

• Everyone is a terrible person in this movie, and yet I like what all of the actors are doing. 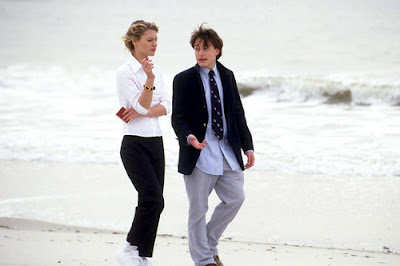 • Amanda Peet’s Rachel is heartbreaking. She’s too good for this.

• The Sookie/Igby through the door fight is heartbreaking.

• Goldblum is kind of terrifying.

• I find what this movie has to say about sex to be interesting.

• Jared Harris is hilarious and is correct – Lorna Luft is too obscure.

• Ryan Phillippe is Sebastian from Cruel Intentions if he were also a young Republican.

• Igby is smart, but also an idiot.