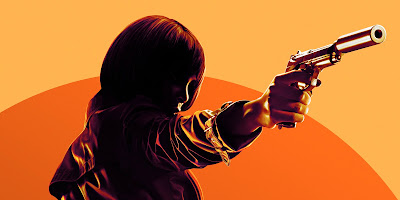 None of these movies are the Jurassic World sequel.

1. Proud Mary (dir. Babak Jajafi) I'm not sure if this is one of my most anticipated movies of next year because it's the one that's being released the soonest or not, but I'm crazy excited for Proud Mary. The trailer kicks fucking ass, Taraji P. Henson is always great (and has played an awesome badass killer before in Smokin' Aces), and we're overdue for a new blaxploitation classic. Plus, it will hopefully help alleviate the disappointment I felt over Atomic Blonde. Please be as good as your trailer, movie. It opens this week and is not screening for critics. Good sign! (January 12) 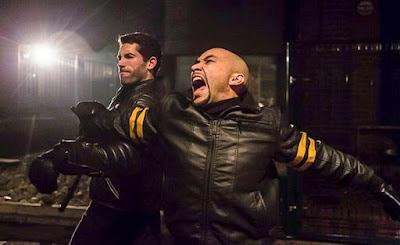 2. Accident Man (dir. Jesse V. Johnson) New Scott Adkins! And it looks awesome! He even co-wrote the screenplay, because my boy is a Renaissance Man. This is based on a comic book that I've never read. That's ok. It could be based on a cereal box and I would still want to see it. (February 6)

3. Black Panther (dir. Ryan Coogler) People get upset when I say I feel some superhero fatigue (like, really upset). There are a lot of factors that play into this, like the fact that these movies have eaten up more and more of the blockbuster real estate over the last decade and that they so totally dominate the conversation about movies. Mostly, though, it's that too many of them feel the same. Based on the evidence I've seen in the marketing for Ryan Coogler's Black Panther, it doesn't look like it's going to be much like other superhero movies. If nothing else, I'm excited to see Coogler get a chance to make a huge movie like this. I'm confident that he's going to crush it. (February 16)

4. Annihilation (dir. Alex Garland) While more and more of the movie landscape is given over to IPs, sequels, reboots, remakes, etc., it's important that we continue to recognize and support original science fiction like this. Plus, it's from the writer/director of Ex Machina. Plus, it's focused primarily on an all-female cast. Plus, Jennifer Jason Leigh and Tessa Thompson are part of that cast. How many more reasons do you need to want to see this? (February 23) 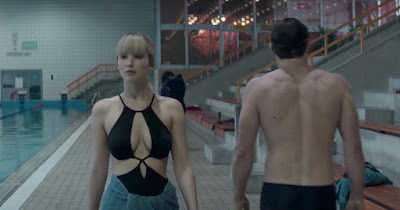 5. Red Sparrow (dir. Francis Lawrence) I want to pretend I'm better than looking forward to a movie in which Jennifer Lawrence looks incredible and plays a deadly spy (or something), but I am not. I Am Legend aside, Francis Lawrence is a pretty underrated director [Oh, shit, a visit to IMDb just reminded me he also directed Water for Elephants, so maybe he's just "rated"] and I'm excited to see what looks to be a riff on a De Palma thriller. (March 2)

6. Gringo (dir. Nash Edgerton) There's something super late-'90s/early-2000s looking about this movie, which may be part of the appeal for me. It's also got a good cast, with what looks like Charlize Theron being allowed to be funny (or maybe just swear a lot), and, best of all, David Oyelowo getting to be loose and silly as a guy in way over his head. The movie may end up being totally unremarkable -- the kind of thing Rob DiCristino is Redboxing four months after it hits theaters -- but there's something that seems charmingly mid-range about it. Plus, I liked Nash Edgerton's last movie, the neo-noir The Square. I'm in. (March 9) 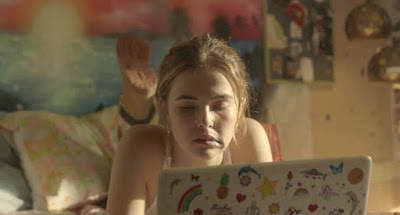 7. Flower (dir. Max Winkler) Despite being directed by a man and written by three men (including Winkler, son of Henry), Flower was shot with an exclusively female crew. That's enough reason for me to want to support it. But the movie also looks good -- a kind of sun-kissed coming of age story about young women causing trouble and discovering themselves. Zoey Deutch (daughter of Lea Thompson and director Howard Deutch) has received a lot of buzz for her lead performance, but it's also the supporting cast that includes Kathryn Hahn, Adam Scott, Tim Heidecker, and Dylan Gelula that gets me excited. (March 16)

8. Isle of Dogs (dir. Wes Anderson) I mean...ok. Like a lot of movie fans, I tend to look forward to filmmakers' next works instead of plots or trailers. I'm not excited that this is a new stop-motion animated movie about dogs; I'm excited that this is the new Wes Anderson. I liked Fantastic Mr. Fox without loving it as much as a lot of other people, but I will admit to being a sucker for this kind of animation and I'm fascinated by the way that Anderson's need for absolute total control over the mis en scene of his work leads him to literally work with models he can dress and pose any way he sees fit. (March 23)

9. Avengers: Infinity War (dir. Anthony and Joe Russo) I mean, sure. I've been with these movies for long enough that I'm obviously going to see how this one plays out. (May 4)

10. Where'd You Go, Bernadette (dir. Richard Linklater) I don't know. I mean, it's a new Richard Linklater movie, so in theory I'm excited? But I also haven't yet watched his last movie, Last Flag Flying, despite having a copy of it in my house for a few weeks. Maybe Linklater isn't as "must see" for me as I think he is, even though I still think he's a filmmaker whose every movie is worth seeing. What's this one about again? Oh, right: a girl who goes looking for her missing mother. I see that it has Cate Blanchett and Judy Greer in the cast, so that's the price of my ticket right there. (May 11) 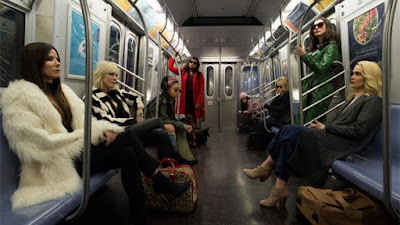 11. Ocean's 8 (dir. Gary Ross) I'm kind of frustrated that this all-female heist caper has to be a sequel to the Ocean's movies, as though America needs some sort of context before they'll buy into a movie like this or that it has to be the "girl version" of a thing that was popular and featured all men. At the same time, I know the comparisons would have been inevitable even if this had been an "original" property, so whatever. I like heist movies and I love this cast, so I'm on board. Gary Ross is usually pretty solid, too, and has worked closely with Steven Soderbergh for long enough that he seems like the right person for the job -- well, if they have to choose a man, I guess. Not sure why a woman couldn't have directed this. (June 8)

12. Incredibles 2 (dir. Brad Bird) Of all the Pixar movies I'm happy to see sequelized, this one ranks pretty high (maybe just behind the Toy Story series, which has already had two sequels with a fourth on the way). I don't think I really need to continue the story of the Parr family, but I'm also confident that the movie will be good. Plus, until we can get a good Fantastic Four movie, this is the best we're going to get. (June 15)

12.  Mission: Impossible 6 (dir. Christopher McQuarrie) I was getting bummed out that so many of the movies on my list were sequels and then I realized I was looking at the summer months. That's what we get in summer. I thought the last two Mission: Impossible movies were the best of a series that's been pretty good overall, and the thought of Christopher McQuarrie coming back after doing such a good job with Rogue Nation is exciting. This sequel has the added benefit of Henry Cavill's mustache, a cinematic reminder of how frustrating Justice League ended up being and what total petty assholes movie executives can be. Hollywood! (July 27) 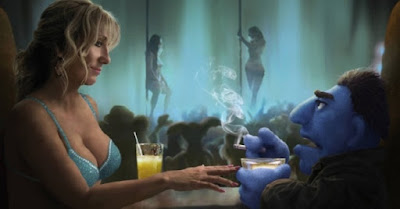 15. The Happytime Murders (dir. Brian Henson) Because I've tried to cut way back on absorbing marketing for upcoming movies, I had no idea what this was or that it existed before I started researching some titles for this column. It basically sounds like Who Framed Roger Rabbit but with puppets instead of cartoons, and it stars Melissa McCarthy, known to most savvy film fans as the female Bob Hoskins. As someone who has been obsessed with puppets since I was a very small child, I'm pretty into the idea of seeing them in an R-rated film noir and I love that Brian Henson is expanding his talents into other genres. Please be good. (August 17)

16. Halloween (dir. David Gordon Green) Of COURSE I'm looking forward to this. Blumhouse is reviving Halloween, David Gordon Green (a hit-or-miss filmmaker, but his hits are strong) is directing, Danny McBride is writing (?), Jamie Lee Curtis is returning, Carpenter is involved. I don't care where it falls in the timeline or what sequels it's ignoring or any of that shit that horror sites will be reporting on from now until next October. I'm just excited to see a new Halloween movie that hopefully does something interesting and good. (October 19)

17. Overlord (dir. Julius Avery) I know very, very little about this movie except that it's produced by J.J. Abrams (is it part of the Cloverfield series like the upcoming God Particle? I don't know), stars Wyatt Russell, and is about Nazis using supernatural powers. Sold! Mid-budget genre fare! (October 26) 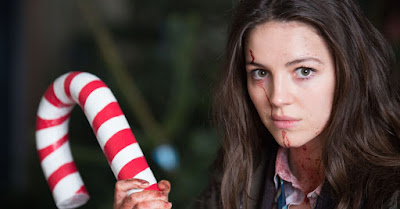 18. Anna and the Apocalypse (dir. John McPhail) My friends who saw this at a festival last year haven't stopped raving about how great it is. Those people are real dicks. Making matters worse is that, as far as I know, the movie doesn't even have distribution yet. This means there's no telling how long it will be before most of us get to see it. And I hear it's so good! Put it out already, movie people. (TBA)

19. Suspiria (dir. Luca Guadagnino) No, I don't think Suspiria needs to be remade. I also think, in the words of Elric Kane, it can't be remade. Whatever this new version is, it won't be Suspiria. And I'm ok with that. I want it to be something new and different, and with the talent involved -- director Guadagnino made what many people are calling the best movie of the 2017 with Call Me By Your Name -- that seems at least highly probable. It's not a sure thing, of course, as good filmmakers have made bad remakes before, but at least I'm super duper curious and even cautiously optimistic. More than anything, I just want to see what a new take on Suspiria even looks like. (TBA)
Posted by Patrick Bromley at 12:00 PM